Ronaldo Mouchawar still thinks of Souq, the mammoth enterprise that it is today, as a startup.

"The feeling of going to work to solve problems is in my DNA- the things we are trying to solve now are not the same things we were tackling two or three years ago. That part of being an entrepreneur should never go away."

Ronaldo Mouchawar still thinks of Souq, the mammoth enterprise that it is today, as a startup. The founder and CEO even laughs when he stands corrected: "I guess that's true; Souq isn't really a startup anymore, but if continuing to think of Souq as a startup helps us innovate, then great." As one of the MENA region's most visible entrepreneurs, Mouchawar is much loved on the startup circuit, mostly because in addition to his huge success story, he has made himself highly accessible. He participates regularly as a speaker at conferences, and he encourages other MENA "treps to do the same: It's kind of also about building your own personal network. When you decide to share, you also learn. Fadi [Ghandour] and Samih [Toukan] are definitely catalysts for us in multiple ways. They were the early entrepreneurs, and you can learn a lot from them, and what works and what doesn't. they've gone through quite a bit, and having them participate in events always draws a lot more people."

This "trep's advice also starts at home in terms of not just participating in the ecosystem, but actually helping it grow and become more intermeshed. Souq has several arms that are entrepreneurial endeavors of and within themselves, and the verticals are even branching out to be bigger than what was originally conceived. The company has acquired many smaller enterprises, and that's also part of developing the ecosystem. Some of the startups are integrated into the larger Souq model, while others are encouraged to "aspire to lead and grow, and that means developing their own revenue models and branching out."

Mouchawar is quick to point out that while support for entrepreneurship in the region has increased greatly over the past two years, there is much more to be done in terms of accessible funding and barriers to entry. There are many businesses who are localizing international ideas and dealing with the challenges of that, and there's a lot of new ideas coming off the ground. I think investors would invest, but the plan has to cover the market. I see many people focusing on UAE or Jordan, and while those are good markets and easy to start in (because you have the human capital to execute those ideas), the big wins are executing in the region's more difficult areas, [like] Saudi Arabia, Egypt, some of the bigger markets in the region. We're still not there in terms of the funding ecosystem, but I think it's up to the entrepreneurs to believe in their ideas, and raising capital is part of what entrepreneurs need to do.

If the business plan is solid enough, you will find people able to raise capital, and there are many more people who managed to raise recently more than before. When we started Souq and when Samih [Toukan] started Maktoob, there was definitely a big gap, and there was very little belief in the ecosystem." Mouchawar adds that if your business concept is exportable abroad, that's a surefire way to get investors to jump in. 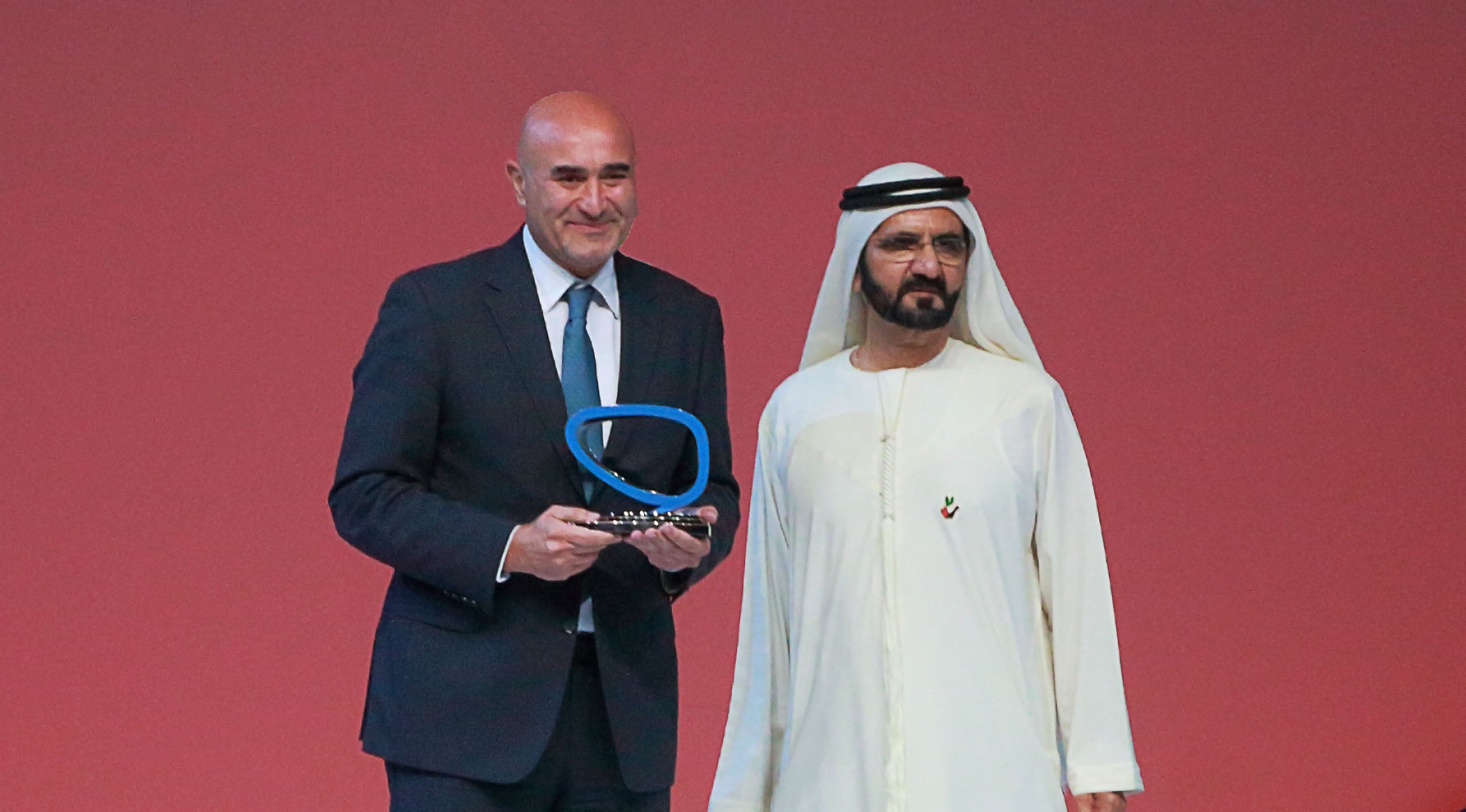 Ronaldo Mouchawar, distinguished with several awards in the sphere of business, was also presented with the Arab Social Media Influencers award in the shopping category by H.H. Sheikh Mohammed bin Rashid Al Maktoum in March of this year for Souq's online market penetration and pervasive presence on the Internet. The "trep holds a Master's degree in Digital Communications and a Bachelor degree in Electrical and Computer Engineering from Northeastern University in Boston, and has experience in both the tech side of things, and actually managing businesses- both of which he put to work at Souq.

Launched in 2005, Souq is now the largest online shopping portal in MENA. Part of the Jabbar Group, Souq, as an online marketplace constantly injects oomph into their business, not just by offering a multitude of products, but by offering sought-after items exclusively. The recent launch of Huawei's Honor 6 is a good example of one of these retail-coups: the smartphone was exclusively available on Souq, and Mouchawar himself participated in the glitzy Yas Island launch. Mouchawar also points out that as Souq operates across multiple countries, each country team is innovating to meet area- specific challenges, since these things vary from nation to nation. Lebanon's issues are not Oman's issues, and while some challenges do cross over logistically speaking, for the most part each Souq domain has to tailor operations according to what needs present themselves. But there are some areas that require stiff management and strong guidelines- like stakeholder communication and the financial side of the enterprise, regardless of size.

As a startup, with the growth rates we have, we're very rigid on the finance side, Mouchawar explains. You have investors and you want to make sure that all of your reporting is as accurate as possible. On that side of the fence, you have to be very rigid, and quite aggressive in enforcing these procedures, and make sure that you are definitely reporting. In terms of innovation, there is always going to be some problems as the business scales and you need to innovate around them. If innovation goes away, the business will definitely suffer- you have to look at things as problems and solutions at every step of the business. the feeling of going to work to solve problems is in my DNA- the things we are trying to solve now are not the same things we were tackling two or three years ago. That part of being an entrepreneur should never go away.

Ronaldo Mouchawar, founder and CEO of Souq.com at the Huawei Honor 6 launch in Abu Dhabi, UAE

Mouchawar won't comment on Souq's speculated valuation, nor will he discuss the pervasive regional talk of souq as the region's first unicorn, as he says it's not his focus. So what is? Creating a workforce, creating massive opportunity, and we have a team of over 2,500 people. For me, it's the joy of offering jobs in IT, e-commerce and technology in the region that's really amazing. the whole fact that I have someone walk into our offices, and they say they couldn't imagine such a great ambience- that's promising." Mentioning a few of the hot ongoing entrepreneurial debates in MENA, he isn't in agreement with what seems to be the majority opinion. "I think every company has a destiny and lifecycle, and at one point there is a plan of how a company returns value to their investors in the form of some sort of an exit. We should not, as entrepreneurs or investors, be averse. Some companies can give profit and dividends as a return, and for some exits makes a lot of sense; I don't think there is a right or a wrong time. so I wouldn't say that we let Talabat go too early, Aramex went IPO, Maktoob was sold, we have a unicorn- it's about what is right for the business and when the investors think it is the right time." Mouchawar admits that while he has seen some entrepreneurs hold onto their idea too long, potentially missing their respetive windows of opportunity, it's not the prevalent scenario and that entrepreneurs need to really understand what their investors are seeking from them, and choose their next steps accordingly. 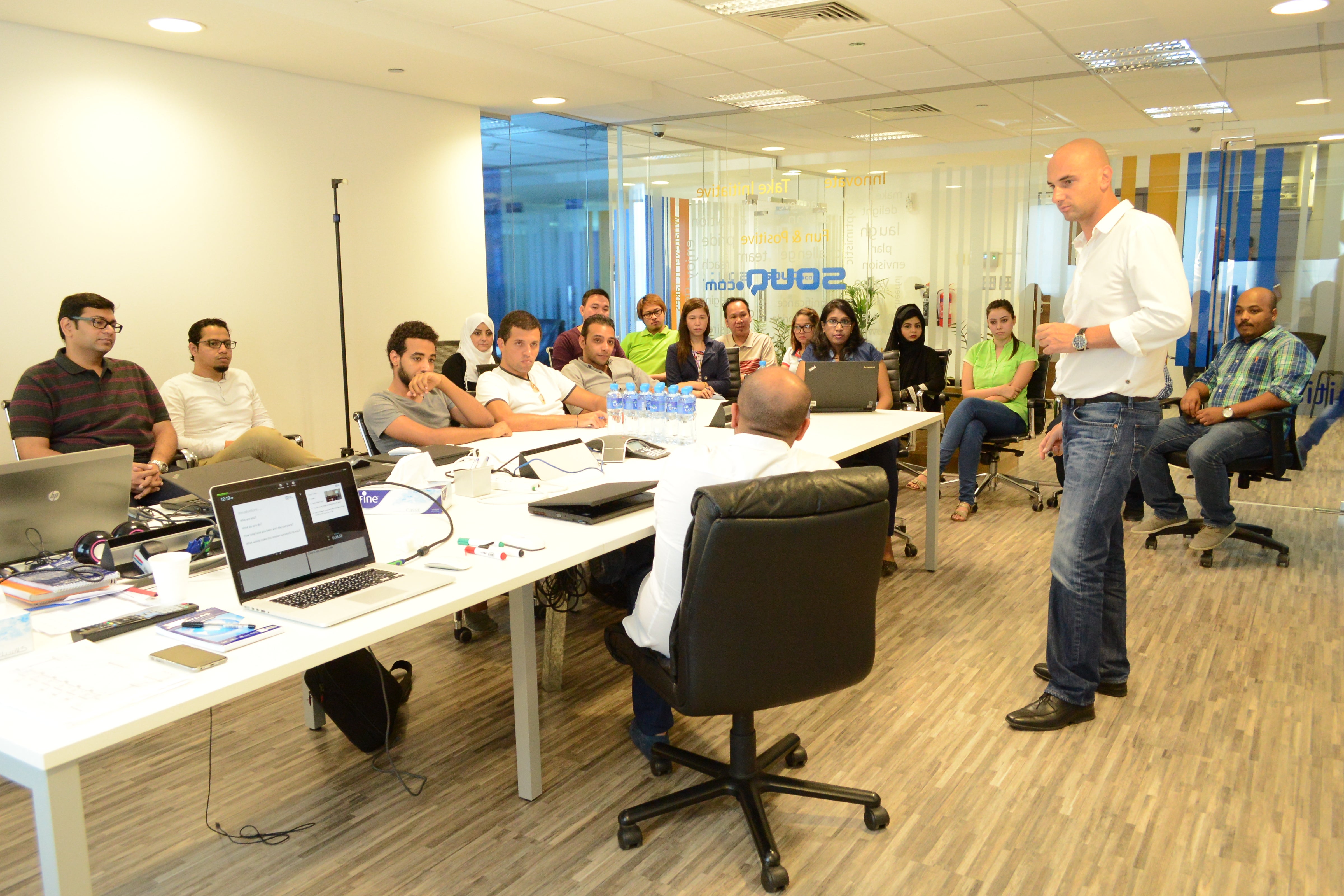 WHAT IS YOUR OPINION ON THE GENDER GAP BETWEEN MEN AND WOMEN IN MENA'S ENTREPRENEURIAL ECOSYSTEM?

"If you see our team at Souq, about 50% of our top tier executives are women. We have lots of women [in upper management] across categories- analytics, customer service, fashion. In our organization, women are empowered, and I always tell my team to promote this. I'm a big believer in women in entrepreneurship, and I think it's a place they call home. A lot of women in the region are embracing entrepreneurship- Designer-24, Nabbesh, Souqalmal, Mumzworld.com, all founded by women. I think women in this region are sometimes more comfortable working for themselves, and I think this drives them. Women are detail-oriented and great managers. The rates here of women in entrepreneurship might not be exactly like abroad, but even if you look at Silicon Valley there isn't as many women especially in technology. If you go beyond tech, there's a lot of women."

Boosting Revenue Through Customer Acquisition And Retention: The How-To

5 Sales and Marketing Trends for 2023 You Must Know