In today's information age, there's little doubt that understanding the views and objectives of a nation's youth population can be a huge driver for its progress, and the ASDA'A Burson-Marsteller Arab Youth Survey, a key annual survey of Middle Eastern youth undertaken by global public relations consultancy ASDA'A Burson-Marsteller provides just that.

For its 10th annual survey, ASDA'A Burson-Marsteller along with global polling firm PSB Research conducted 3,500 face-to-face interviews with both men and women aged 18-24 years, across 16 Arab nations and territories, offering "evidence-based insights into the hopes, fears and aspirations of Arab youth." As for a key finding in this year's survey, the UAE has retained its position as the top country that the Arab youth would like to live in and want their own countries to emulate for the seventh year in a row. More than one-third (35%) respondents surveyed say that the UAE is the country they would most like to live in, surpassing global powers like the US, Canada (both 18%), Germany (12%), Saudi Arabia (16%) and other Arab nations. 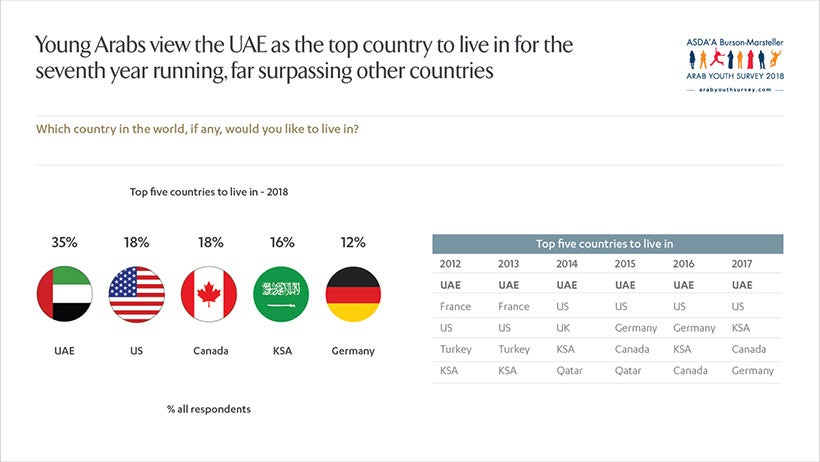 Further, the survey finds that most youngsters in the Arab world (63%) say they get their news from social media than other sources with Facebook being the dominant source. In a sign of the times, answering a query on what constitutes a major development for the Arab world in the past decade, 60% of the surveyed youth named "digital revolution' as a key factor impacting their future. Not just that, the technology sector has also emerged as a top pick among aspiring Arab young entrepreneurs, with online shopping and banking catching up fast with the section of the population.

As for their outlook on the region and its prospects, a majority of Arab youth in the Levant region (85%) say that the Arab world, as a whole, has "moved in the wrong direction" over the past decade, and action is needed by policymakers on the jobs, education, and terror front to bring the region back to the right path. 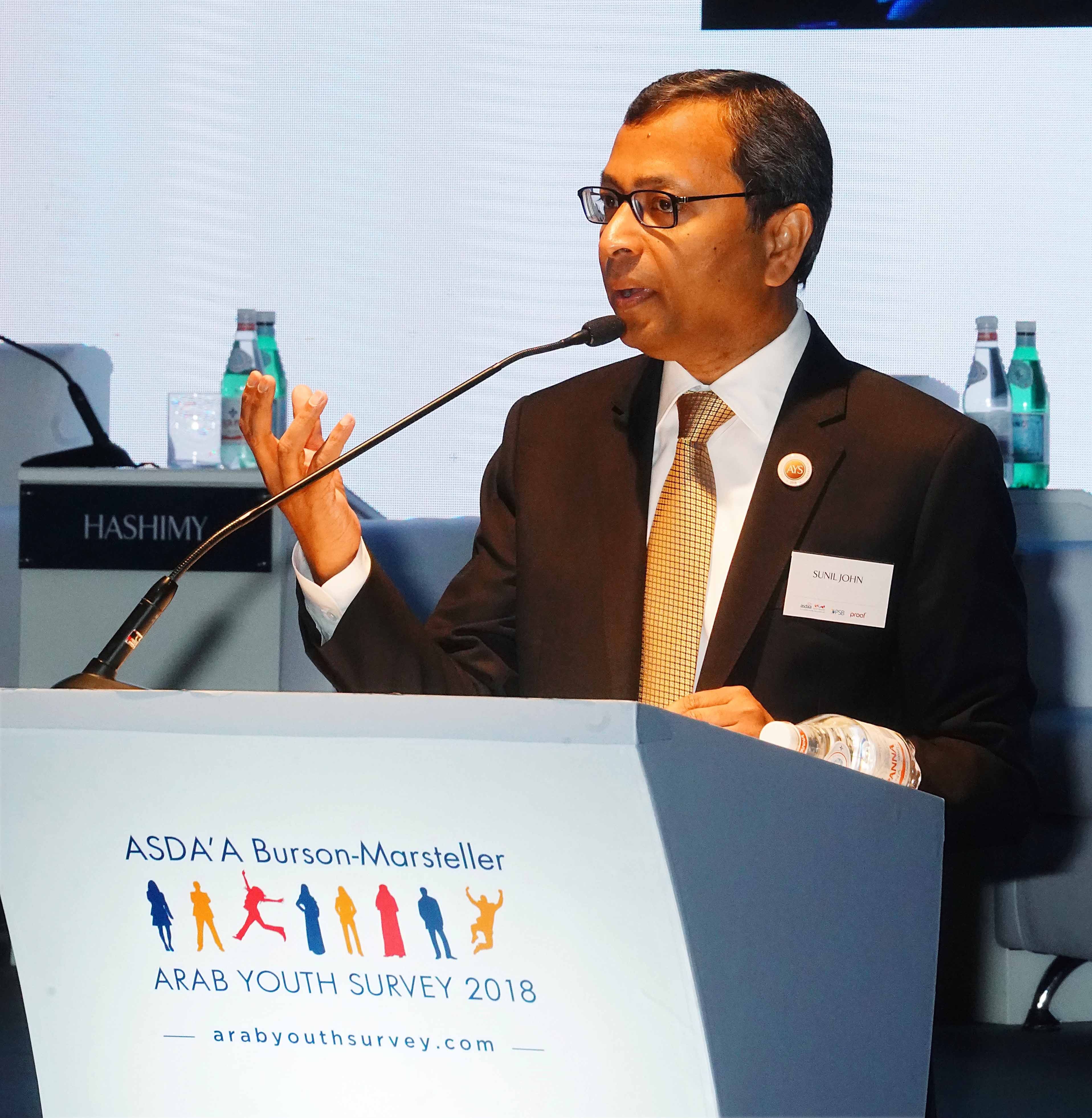 Commenting on the 2018 edition of the flagship survey, Sunil John, founder, ASDA'A Burson-Marsteller, and President - Middle East, Burson Cohn & Wolfe, said in a statement: "Throughout the survey's history, the UAE has consistently been chosen by Arab youth as the nation that best fits their aspirations. As one of the first countries in the region to focus on diversifying the economy to create better opportunities for its young people, the UAE continues to inspire the region with its future-focused vision."

For detailed findings of the survey, visit www.arabyouthsurvey.com.