As a mobile application service that promises to deliver items from local stores within an hour in Dubai, Dukkan is aiming to give small and medium businesses in the Emirate a better head start in the online realm.

By Aalia Mehreen Ahmed
August 31, 2022
Opinions expressed by Entrepreneur contributors are their own.
You're reading Entrepreneur Middle East, an international franchise of Entrepreneur Media.

The world at large has become quite comfortable with the concept of online shopping over the course of the last two years. "But traditional retailers have been left out in this e-commerce wave, and we want to change that," says Ibrahim Sait, founder of Dubai-based online marketplace Dukkan. Sait argues that while most of the local stores in Dubai were able to make the digital shift, it has also led them to have to deal with issues like ensuring speed of delivery and seamless logistics.

As a mobile application service that promises to deliver items from local stores within an hour in Dubai, Dukkan is thus aiming to give small and medium businesses in the Emirate a better head start in the online realm. "The main problem we're solving is the broken model of e-commerce in its current state- we think that e-commerce should not compete or take over traditional retail, rather work with and grow together," Sait says.

Launched in its beta stage in early 2022, Dukkan's founding team comprises of Sait and co-founder Ishaaq Qureshi. In addition to deliveries that are done within an hour and easier access to the local market, Dukkan also claims to offer its clients an average savings of 8%. For Sait, the nudge to create Dukkan came through his own experience of working at a local shop in the UAE for over four years. "Most traditional retailers still operated without any form of digitization back then," he says. "But during the COVID-19 crisis, I could see that over 90% of the UAE's shops were evaluating how to digitize themselves. I knew then that I had an opportunity!" 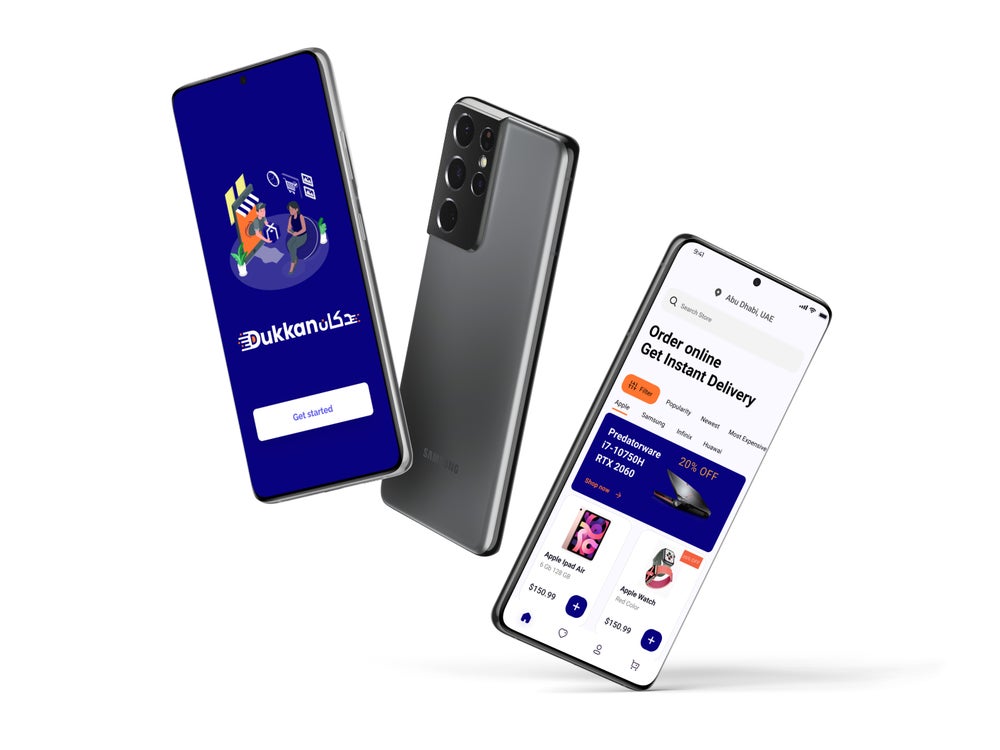 This would explain why, only a few weeks after its launch, Dukkan was able to secure local brands like Arsolangi, Oud Khaleeji, and Silk 'N Sew on its app. "For our first few vendors, we went out physically to markets and shops, speaking to shop owners, and pitching Dukkan," Sait says. "The few that trusted us are now live on the app."

And while it is still early days for Dukkan, Sait and his team are making use of all the options at their disposal to grow their user base. "As far as our customers are concerned, we actually grew really fast through a couple of viral Tiktok videos made by our Chief Marketing Officer," he reveals. "We feel like we've grown rapidly with almost a hundred sellers registered on the app already, and thousands of users on our waitlist for public launch. During a pilot launch, we generated US$10,000 in gross merchandise value within one week."

However even before launching, when Dukkan was still in its ideation stage, Sait and his team were able to secure an angel investment from Galadari Investments COO Abdulaziz Galadari. "We have been running on that since, but our burn is low, and our business model is profitable, and so, we're making sure the model works before raising venture funding to grow," Sait adds. That Dukkan was able to receive such an investment at such an early stage is also reflective of how Sait has been putting in the hard yards much in advance. "I've had the idea of Dukkan for almost a year now; however, due to lack of capital, I couldn't actually get started on it," Sait says. "I had built a couple mock apps as a minimum viable product, but I couldn't actually release it due to regulatory issues. But it is important to remember that there is always a right time and place for when an innovative technology disrupts a market. How we did it is we spent months in stealth, speaking to hundreds of customers and vendors on their pain points and problems, and we continue to iterate our product and model based on the feedback we get from our users."

Having thus initiated the finetuning process, joining the MBRIF accelerator program was the next logical move to ensure the business' growth, according to Sait. "My team consists of builders who are passionate about building a product that our users will love, but we're young and are not familiar with the venture world," he says. "Joining the MBRIF at this stage has really helped us become venture-ready in terms of our pitching, financial models, data, and more. We've also gotten a lot of support from MBRIF's partners whenever we needed advice on technical topics such as payments, infrastructure, and logistics."

All of this preparation will now be channeled towards Dukkan's public launch, says Sait. "We expect a lot of demand from consumers, and we want to be prepared for it, so we're currently making sure all the logistics of our operative model is strong and resilient," he says. "In the coming months, we hope to raise our official pre-seed funding round from angels and venture investors. And in the next few years, we hope to grow and expand Dukkan across the Middle Eastern region, redefining e-commerce for all!"