Forget weapons or martial arts, all you need is a button on your bicycle to feel safe riding through streets of London.

Forget weapons or martial arts, all you need is a button on your bicycle to feel safe riding through streets of London. The Give a Beep initiative by Swedish company Hövding (which produces airbags for cyclists) and PR platform Mynewsdesk aims to make cyclists' journey through London's urban roads safe and comfortable. By pressing a Flic button attached to the handlebars of a cycle, cyclists can "beep" out hazards whenever they feel unsafe or uncomfortable while riding through the streets of the city. Thanks to the button's connection to the cyclist's phone through Bluetooth, the location data is fed into a crowdsourced map with the aid of the Flic app, marking out routes considered hazardous for cyclists, while also collating data on environments where riders felt unsafe. Further, in order to make it more effective, each press of the button also triggers an email to be sent to the city's Mayor about the cyclists' situation. 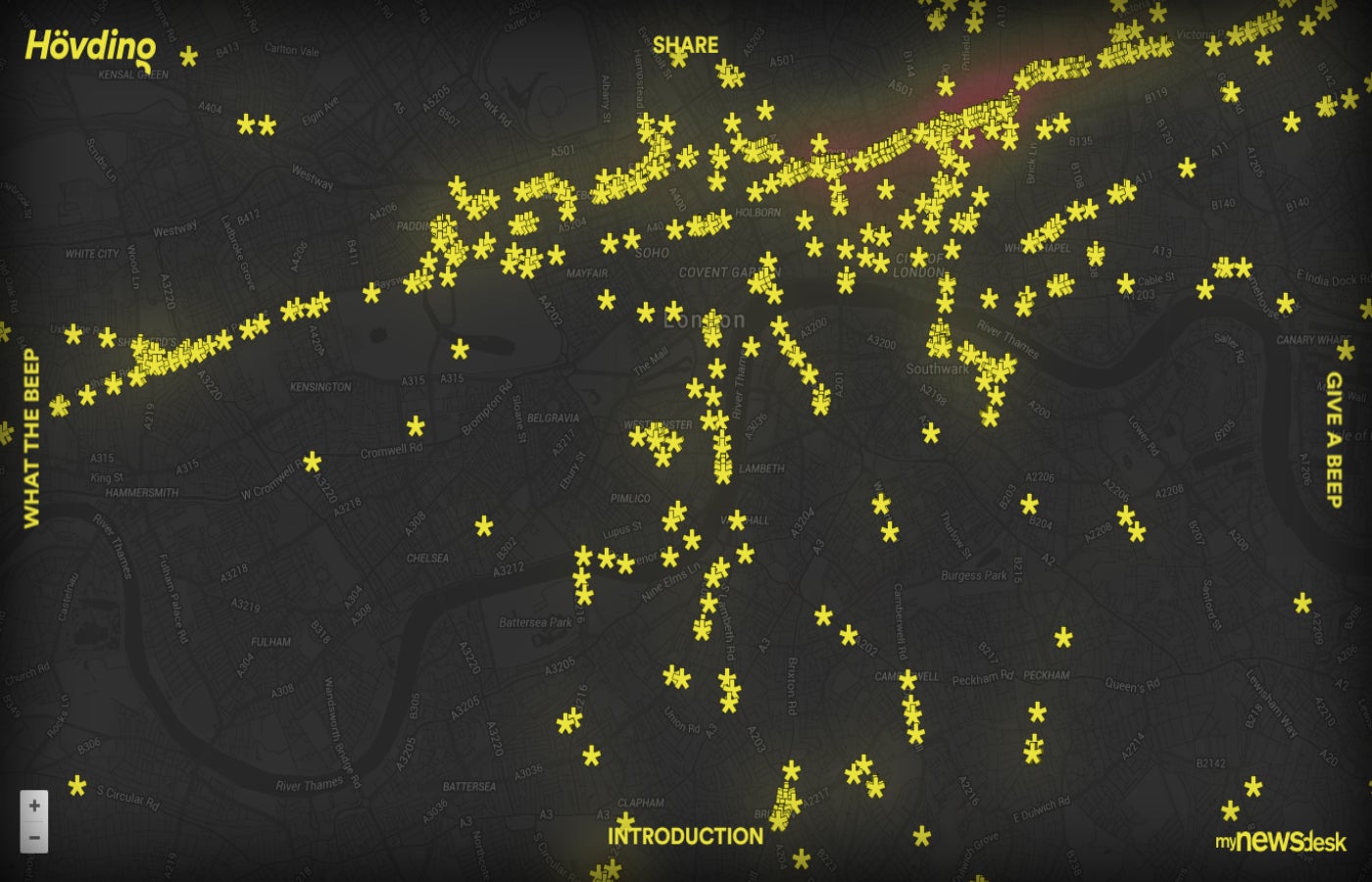 Crowdsourced map showing areas marked by cyclists, as a part of the initiative.Image credit: Hovding.
According to a BBC report, the month of May 2016 saw deaths of 11 cyclists and pedestrians on London's roads, and there have been increasing demonstrations and protests for fixing this particular problem. Currently, Hövding has distributed 500 Flic buttons to members and supporters of the London Cycling Campaign -a 12,000+ members group that lobbies for better cycling conditions in the city– urging them to "give a *beep*" about cyclist safety. According to a statement by Hövding, though people of London are increasingly enthusiastic about cycling, "the infrastructure doesn't allow it," and hence the initiative hopes to let cyclists themselves report about places that need attention. Amy Summers, campaign coordinator, London Cycling Campaign, hopes that the 500 Londoners giving "a beep" will remind London's Mayor Sadiq Khan to work on fulfilling his election pledge of making London cycle-friendly. According to a report by the Washington Post, the map had 1,000 locations logged for its unsafe conditions in just a week's time.
Source: Hovding's Give a Beep initiative.

Truly Independent Thinkers Have These 5 Traits

Every business needs independent thinkers to help lead the team to success. Here's how to spot them.