MadfooatCom Envisions Cashless Payments For Jordan And Rest Of MENA Too

By Sindhu Hariharan
July 19, 2016
Opinions expressed by Entrepreneur contributors are their own.
You're reading Entrepreneur Middle East, an international franchise of Entrepreneur Media.

The popular saying, "Necessity is the mother of invention," best describes Nasser Saleh's start as an entrepreneur, when he returned to settle down in Amman, Jordan, after years of living abroad. Spending hours in long queues trying to pay his utility bills in cash (they did not even accept his credit card) stimulated his ingenuity to solve the difficulties encountered in making payments for utilities, telecom, government and other sectors. This led to creation of MadfooatCom, an electronic payments solution company that connects banks, billers and customers, facilitating digital bill payments and inquiries. Being a first-time entrepreneur, Saleh reached out to Oasis500 for support to launch the startup, and then MadfooatCom eventually went on to win the contract from Central Bank of Jordan, becoming the operator for the national electronic bill payment services portal, eFawateerCom.

The startup's solution acts as an intermediate bridge between billing entities and banks, allowing the entire payment cycle to be carried out digitally, in a secure manner. This way, the platform benefits all stakeholders involved– bankers are able to save time and cost and improve customer service, billers can improve payment collections and reduce physical queuing, and customers make payments in one click through internet banking, mobile banking, etc. Saleh admits that while it was difficult to acquire customers just on its merits, the Central Bank's vote of confidence, which they achieved thanks to the "persistence of the team," was an inflexion point of sorts for MadfooatCom. "Winning the tender was not easy," Saleh explains. "The main strength was our software application and the strong team behind it, and to compensate for the weakness in company infrastructure, financials and credibility, we partnered with EMP [Emerging Markets Payments group], the ATM switch operator in Jordan. And then as a consortium, we won the project." There has been no looking back for the fintech startup since then.

Since May 2014 (which was when the startup went live), MadfooatCom claims to have connected 95% of the banks in Jordan with over 50 utilities companies, telecom companies, and other government entities, and is today processing an average of 4,000 bills daily in what is largely a cash-based nation. However, these numbers do not reveal the kind of uphill journey the startup undertook to get to this point. While fintech may seem like an attractive sector to start a company in today, things weren't the same back in 2011. "The main challenge [we faced] was changing the mindset, not only of customer, but [also] of corporate billers." To tackle this, MadfooatCom undertook marketing efforts at the corporate level, explaining benefits of e-payments to the companies and their customers, and have now widened their campaign to market directly to the customers, which includes efforts to support e-commerce payments. 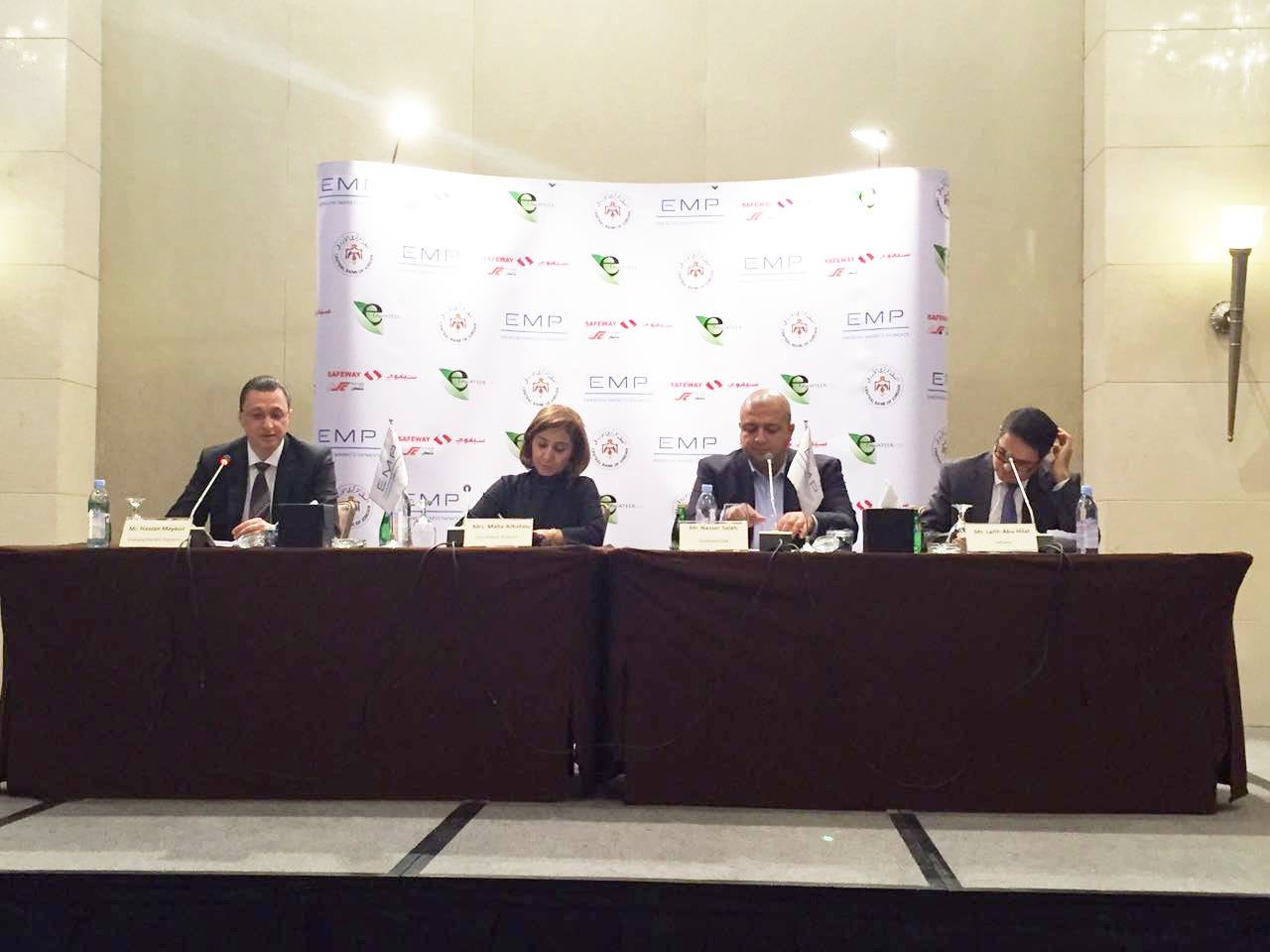 According to a recent report by Accenture that analyzes global fintech trends, worldwide investment in such ventures reached US$5.3 billion in the first quarter of 2016- a 67% increase over the same period last year, and the share of investments going to fintech companies in Europe and Asia-Pacific nearly doubled to 62%. Seeing increased investor interest, incubators and accelerators across the region too have set up niche accelerators to help build the fintech ecosystem, and MadfooatCom too is now considering "creating a fintech incubator" to nurture this sector. Speaking about this marked rise of the sector as a disruptive force, Saleh says that while progress made by fintech in the region is "good," there is still a "big room for enhancements." The existing mindset of the conventional industries about the concept of fintech, and availability of investment remain key challenges in MENA, says Saleh.

On its part, even as a novice, MadfooatCom raised seed funding from the Jordanian incubator Oasis500 and angel investors from Jordan and Saudi Arabia. More recently, three banks -Capital Bank, Cairo Amman Bank and Etihad Bank- have come on board through a Series A capital injection of $5 million in MadfooatCom. Saleh says they are also looking to raise a Series B round of around $15-20 million to fund their "expansion in emerging markets." Some of these emerging economies that have caught MadfooatCom's eye include Algeria, Palestine, Kenya and Morocco, with significant headway already made in Algeria. "We started establishing the company there [Algeria], got the verbal approval from the Central Bank and main banks and billers there," says Saleh. He adds that Algeria is a country that has almost 100% cash payments and though he expects it to be difficult to disrupt such a culture, there is a "great opportunity once successful." In terms of competition, MadfooatCom claims to not have any direct competitors in Jordan, but nevertheless there are companies such as Fawry in Egypt and other players across the region, transforming the way we make payments. Notwithstanding the general skepticism towards fintech in Jordan and the larger MENA region, Saleh is optimistic about the future, and hopes to make strides on the back of lessons he has learnt in building the startup.

"Endeavor is really a great resource that helped me and still helping in many aspects. Their rich network of mentors, advisors and entrepreneurs is unmatchable; I consider them like an HR or a personal advisor who are neutral and very helpful whenever you need them."

On starting up a business in the MENA region

"Keep a positive attitude, be careful of cash flow, and have strong supportive network of mentors like Endeavor... Create a solution to an existing pain, find the right people to help you (team, mentors, angel investors, etc.), and the most important thing to have a strong belief in God, yourself and your startup."

On the importance of corporate support for startups

"Partnerships with large corporations is vital for startups as they boost the credibility of the startup, complete the weakness points that we have. It's like when a small boat in the ocean detaches with a large ship to sail through the large waves. In MadfooatCom's case, it was very difficult to win the Central Bank tender without partnering with EMP."