Audible India made its debut last year and finally Indians have access to original content and over 2,00,000 English audiobooks, but there's more, in store, says Audible CEO, Donald Katz

It has been a couple of months since Audible- the audiobook publisher and retailer by Amazon made its presence in the Indian market. Well for people who love audio and are a true blue fan of voice content, they get how important Audible is when it comes to the booming audio entertainment market.

For those who are still glued to the screen or can't get over the video content, you still have a huge ocean of entertainment out there that needs your attention. Audible is one of those platforms that have a diverse curation of radio and television programs, audiobooks, podcasts, the voice version of newspapers and magazines. The first digital audio player company which made its debut in 1995 is ruling the audio media industry.

Entrepreneur India got in interaction with Donald Katz, Founder, and CEO, who talks about his vision for the Indian market, his perspective about the audio industry and a lot more. Well, the launch of Audible simply means that now all the Indians have access to original content, English-language audiobooks of over 2,00,000. Well, that's indeed a number that can blow anyone's mind off. Adding more to the platform is over 400 exclusive titles by local author, which is something many would love exploring.

Imagine driving your car or sitting on the backseat of a cab and hearing Colin Firth, Kate Winslet, Nicole Kidman or Scarlett Johansson narrating a story to you. Or for that matter even hearing Indian talents like Rajkummar Roa, Kalki Koechlin, and Radhika Apte. Audible is a dream come true for people who value good audio contents and are interesting in exploring the other side of the content world.

But doing this wasn't easy; it was Katz's brain and passion that brought it all together. Named among America's Top 25 Disruptive Leaders by Living Cities, he is a person who instantly involves you in his conversations and gives impeccable answers. 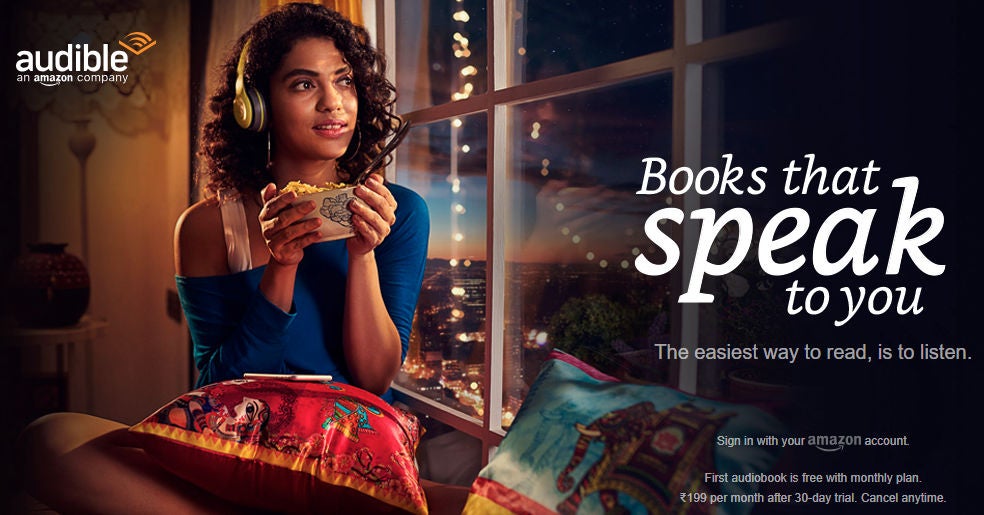 The aim of Audible to launch in India was to deliver an even richer and more culturally resonant listening experience to the Indian customers.

"Millions of people around the world are listening to Audible right now because — as I've long said — who wouldn't want Colin Firth, Kate Winslet, Nicole Kidman or Scarlett Johansson to tell them a story while driving to work, exercising or doing chores around the house? Now I can say who wouldn't want talented performers such as Radhika Apte, Kalki Koechlin, and Rajkummar Rao to tell them a story, particularly during the times of day when their hands and eyes are busy, but minds are free to experience the music in language and the power of well-composed words that are artfully performed," says Katz.

Indian Used Audible Even Before Its Debut:

The Audible community is huge around the globe, where a listener gives an average of two hours every day listening to books. In fact, even before its debut here, Indians use to access the services paying in an amount of 15 US dollars and now one can easily cater through its massive content at the price range of INR 199 per month after a 30-day free trial. "This presents a huge opportunity to serve India's burgeoning population of voracious readers. We are confident that we can serve Indian listeners and digital content consumers even better by offering a dedicated experience that puts Indian content and talent front and centre," Katz adds. 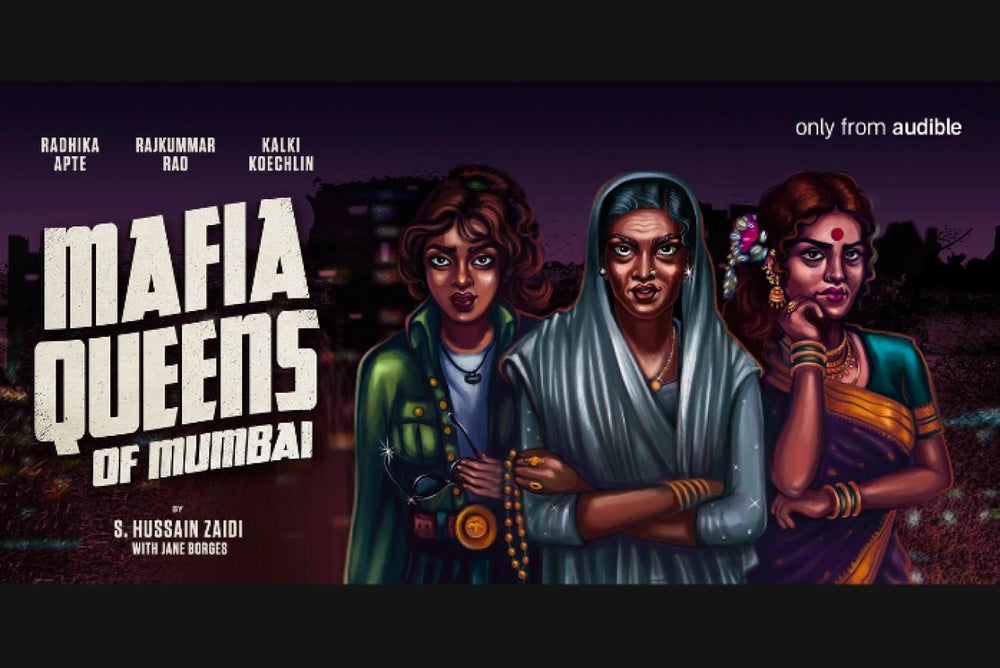 Everytime Audible launches in a new country, they make sure to create local content to engage more and more consumers.

"We have worked with 20K actors around the world directly over the past five years, and we're thrilled that Audible.in will offer a destination for Indian consumers that put Indian talent and spoken word front and centre. One thing we always do when we introduce our service in a new country — this is our ninth localized service, and we have programmed in 40 languages — to study and engage the local cultural traditions of story-telling, literature and the performing arts, and to combine this with cutting edge delivery technologies. Thus you will find the great Rabindranath Tagore's work, Amish's myths, Salman Rushdie's Midnight's Children and Ruskin Bond's autobiography, and we'll be adding more titles like The Last Boy to Fall in Love, an original audio-first title by Durjoy Datta. Among the 200,000 international and Indian titles available at launch is exclusive content in fiction, self-development, spirituality, and English as a second language," he explains.

In case, many of you are wondering which celebrity voices will you get to hear on Audible.in, you can find Scarlett Johansson's performance of Alice in Wonderland, Kate Winslet's interpretation of Matilda, Stephen Fry reading the complete Sherlock Holmes collection and Rosamund Pike's performance of Pride and Prejudice. To add to the international collection, you will listen Rasika Duggal and Sikander Kher's brilliant narration of Durjoy Dutta's Audible Original novella, The Last Boy to Fall in Love, Radhika Apte, Kalki Koechlin and Rajkummar Rao's captivating performance of Mafia Queens of Mumbai and Shernaz Patel's new twist on a classic,How to Win Friends and Influence People. 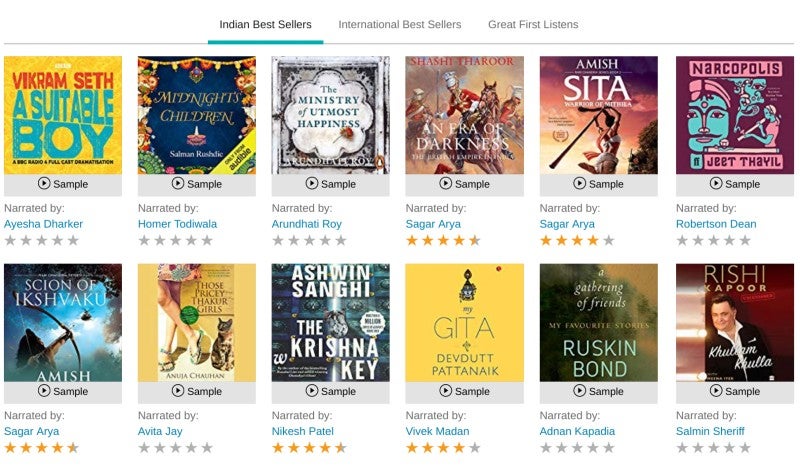 For a country which is used to reading, will it be easy to create an audio industry in term storytelling? Talking about it Katz says, "Audible's founding vision was to unleash the power of the spoken word and bring it into the cultural mainstream alongside books, movies, film, and music. We have positioned great books as scripts for gifted actors, and for years now, we've also commissioned works by authors to be written directly to the intimate listening aesthetic of Audible — words that are untethered to a book. I'm excited that many more Indian customers will experience Audible's capacity to enhance the quality and character of daily life. Our customers tell us their Audible listening time helps them get to work smarter than their colleagues in the next cubicle, become more enlightened because of the depth of wellness and spirituality programming we carry and be more interesting at the dinner table and on dates. They tell us their children have become more fluent learners, and they are less lonely and happier too."

What makes Audible user-friendly is how it is compatibility with Alexa enabled devices, making it quite user-friendly. Katz who is the main brain behind creating Audible ends the conversation by recommending a book by a writer who he calls his teacher and mentor.

"Audible's founding was informed by the late great American writer Ralph Ellison. I was lucky to have Ralph as my teacher in college and mentor for years after that. Ralph's understanding of the power of the American oral tradition—the way we bragged and sold and told stories around campfires and the sound of our lamenting in the fields—allowed me to understand how the distinct way we talked and told stories defined the way we wrote. Ralph Ellison allowed me to hear the music in language, which in turn led to the creation of Audible. His words are worth listening to again and again," he says.