Women commonly suffer from chronic health diseases such as diabetes, cardiovascular diseases, and hypertension have for long been perceived as a man's health burden. These are now affecting more and more younger women, at a silent, alarming rate

"The hand that rocks the cradle is the hand that rules the world" – this poem by eighteenth-century poet, William Ross Wallace finds itself in the truest sense in the present age. A woman of today has many roles to juggle – she is a home engineer, corporate representative, mother, wife, daughter, entrepreneur, leader, and a lot more.

The instinct in a woman to take care of everyone around often make her put oneself in the back. The multitudes of responsibilities have led her to often overlook own health.

A woman who runs the house and business is the backbone of everything. However, she is human at the end of the day. Talking about how health is important we would like to highlight the chronic & lifestyle diseases common among them.

To get a full-fledged understanding of what chronic disorders women go through Entrepreneur India got in a conversation with Akansh Khurana, CEO and Co-founder of THB (Technology|HealthCare|Big Data Analytics).

"Women commonly suffer from chronic health diseases such as diabetes, cardiovascular diseases, and hypertension have for long been perceived as a man's health burden. These are now affecting more and more younger women, at a silent, alarming rate," highlights Khurana.

According to Diabetes Atlas, 1 in 8 Indians has diabetes or is at risk of developing diabetes or is pre-diabetic. THB also conducted a study ' Exclusive Real Wolrd Evidence', on how diabetes affects Indian men & women. The survey revealed that the prevalence of diabetes is higher among males.

Diabetes and Obesity:
The study also saw that the progression of diabetes & its complications is much stronger among women.

While further analyzing diabetes-associated comorbidities, obesity (60%) was found to be the most prevalent risk among female patients.

"In 19 to 30 years-old patients, 1 out of 5 patients progressed from prediabetes to diabetes in a span of 2.5 years. This progression was higher among women (25%) than men (14%). This can be attributed to psychosocial stress that appears to have a greater impact on women as compared to men," said Khurana according to the study.

Research and studies have also revealed that women with diabetes are also more likely to have heart disease in comparison to men.

"These stats indicate that the threat of lifestyle-driven chronic health conditions looms large on our young, working population. Health issues associated with a sedentary lifestyle, unbalanced diet, work pressures & lack of rest are affecting both genders equally," he said. 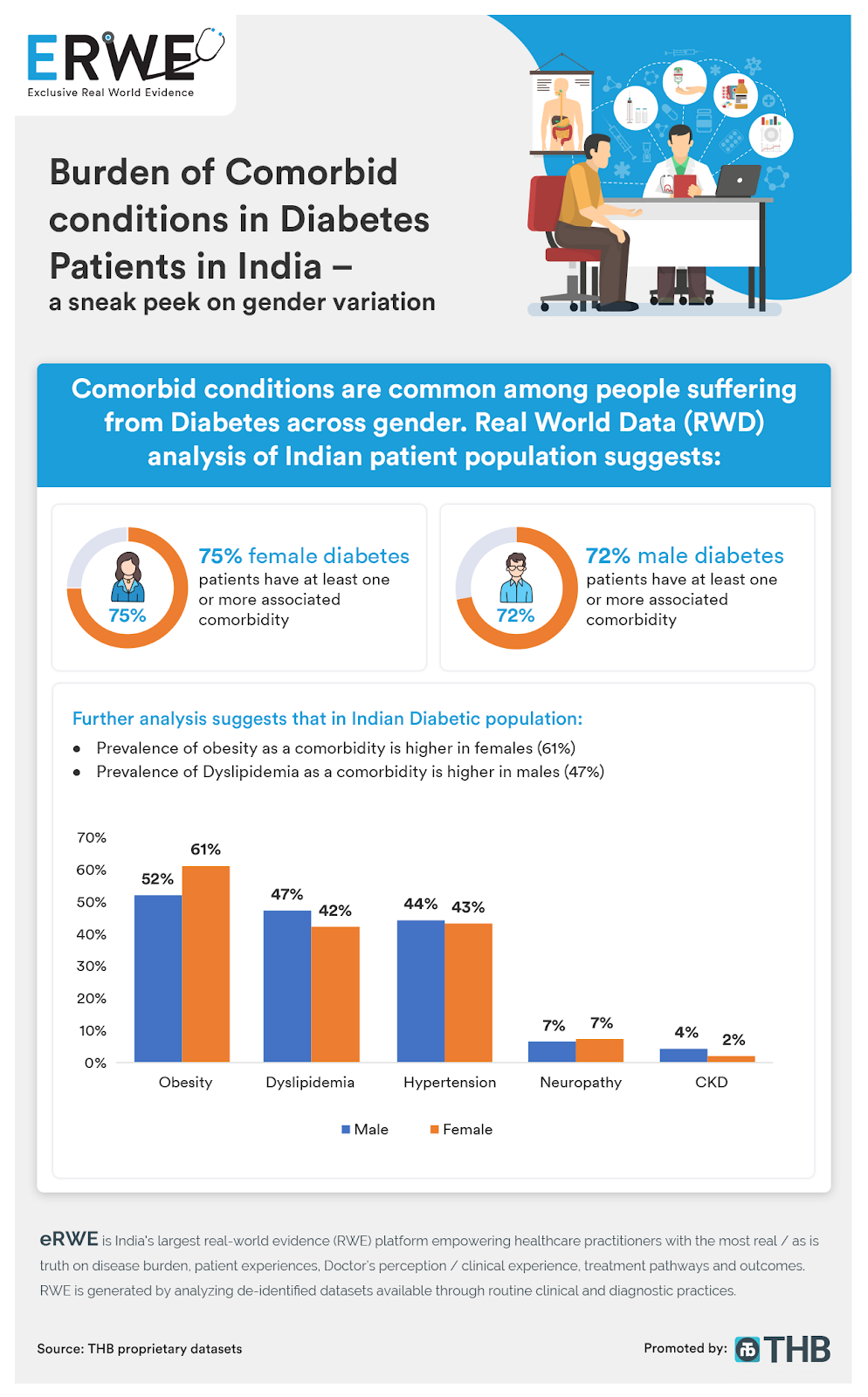 Considering how women are more prone to chronic health problems it is imperative that healthcare providers, employers, and policymakers undertake focused efforts to speak more about chronic health conditions, preventive check-ups for women along with health and lifestyle-related awareness.