Publicity is good as people are talking about the film but it is made with genuine intention says, director Omung Kumar

You make a biographical film in India about a popular figure and be assured that your project will be trolled, hundreds will be tweeting against it and thousands claiming that it is made with propaganda. There will be organisations filing cases and PIL to either stop the movie from releasing or cause a delay in its release.

Over the last few years, this has been the faith of biopic movies in Bollywood and nothing much can be done about it. Going through something similar is director Omung Kumar's upcoming movie "PM Narendra Modi'. The maker of some critically acclaimed films like "Mary Kom' and "Sarabjit', Kumar was prepared for the movie made on the living and ruling Prime Minister Narendra Modi to be subjected to the opposition but criticism and controversy hardly bother him.

Making biopic is Kumar's forte and with every film, he has gained loyalty among his fans. Talking exclusively to Entrepreneur India, the filmmaker started the conversation talking about what makes him pick memoirs.

"You know it's my forte and people trusted me with it. They trusted me with two other films so why not this one. They believe that I won't make a bad movie. They have seen what movies I have made before so they want to see what he makes next," says Kumar.

For Kumar to pick a script and rope it into a film he intends to showcase a person whose life would inspire him and it would interest him as a filmmaker.

"A zero to hero is what I look upon, something that you know if I get out of the theatre, I'll get inspired by and it will stay with me throughout. Even now five years later people are still talking about Mary Kom that means that thing stands out from the shelves and that's what I look out for. It has to inspire me and it should not be a normal story," says Kumar.

This simplifies the logic of what made him pick Prime Minister Narendra Modi's story on the first place. But when you make a film on a political leader, perspectives and biases often cloud our judgments. Was this even the case with Kumar?

His partner Sandeep Singh wanted to make this story three years ago, but Kumar feels at that time he was not the right person to make it.

"If he is not inclined towards politics, how would he make it and that's what I am here for. I'm not making a political film. I'm making a film on a person or character who from chaiwala became the Prime Minister of the country. Whose story is larger than life and the aura about him right now. I am not looking at how they defeated someone, but his journey. Okay, so that is a neutral journey. And that's what I get inspired by and that's what I want to show. If I was thinking and I am a BGP person then I would be treating this in a different light I would treat it in like how BJP did its journey, but there is nothing as such. It's a person's journey, so it is neutral for me and that easier for me to make," he explains.

Narendra Modi – A Political Journey or an Inspirational Journey?

When you are making a film you have a team to work with. It is normal to get influenced and have a change of political opinion. But Kumar is much focused and is merely here to narrate a story. He has referred to the facts available in the market and stories that are written about his journey.

"I have to show a few plug points which are raising him to different things like how he was normal, and then became a volunteer, followed by becoming the Chief Minister four times in a row. If that is political then I have done that much or the movie cannot be made. So that is what I've done, but there's nobody influencing me. Not at all otherwise, I wouldn't have made the film," he says.

The Controversy & The Opposition:

Since the time the movie was announced it has been surrounded with massive controversies and makers plan to release it around the election has attracted a huge amount of wrath and reproval. However, for the filmmaker controversies don't work because he put on blinders and it works only for the betterment of the film.

The opposition parties and groups also have been creating havoc that the film has is made with the pure intention of indoctrination and to whitewash the Modi's character. Talking about it he says, "That's exactly the point I'm trying to make. The movie has not even hit the screen and we live in a democratic country where we always have opinions about stuff."

Kumar points out how no one has seen the movie and people are making assumptions. He further says they are here maybe to pull him down without even knowing the context of what the character is doing in the film.

"People tell Vivek Oberoi is wrong you should have taken Paresh Rawal. Why? Do you even know does he even fit the film? People are like Rawal fits the character. Just, please. People are there to talk they will talk, they have a phone, they can tweet, they can troll and it doesn't matter. They are saying it is a propaganda film, I have taken money for it, but from where? Do you know the facts? No…so just shut up. Ya, there are controversies; opposition is going to talk because they are getting importance though they have nothing to do with the movie. Everyone is like talk talk talk, they are getting their two minutes of fame, so it's okay. In the end, you are talking about our film only no, so it is good only," says Kumar. 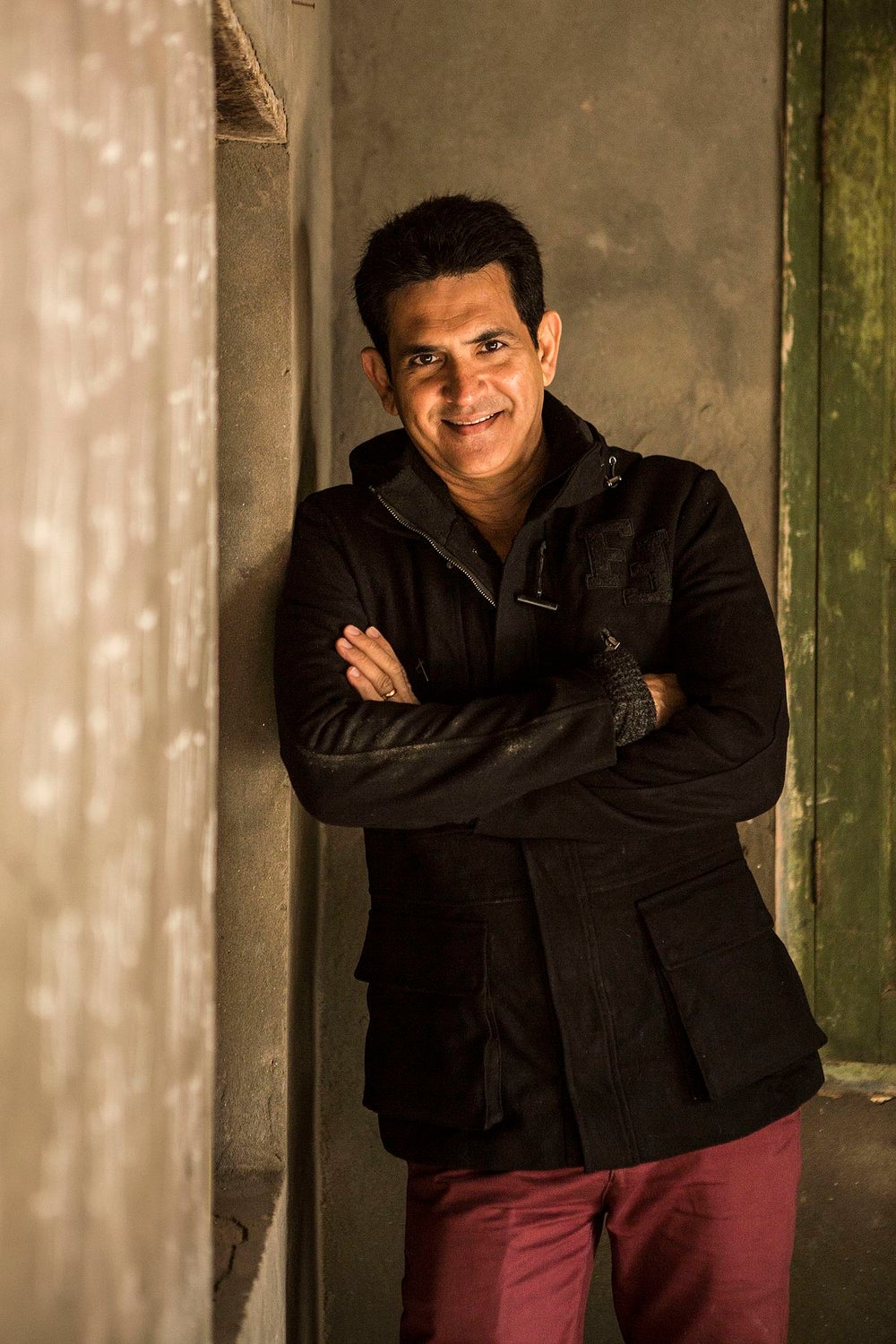 Nothing affects Kumar and the very fact that the movie was completed in 38 days enunciates how he was working day and night just on making of this project.

"January is properly when we started shooting. Now we have finished the film in only 38 days, which is incredible. Such a big film to get completed in such tenure, it is unbelievable, unheard of. But we did with two units. As such my second unit director also directed a few crowd shots. A lot of parallel work was going on," he says.

Explaining the production and post-production process he said how various things were happening in one go.

"So as it is I'm doing five scenes a day, which is unheard off. Usually, you take two shots in a day and wrap up. We were working at incredible speed. The higher the film is such that you want to do it, every day is a task terror. And you know, suspense, if the movie will get completed or not. But finally, when you lay down the finished work, you see it worked out in everyone's favour. I don't know how it happened that used to happen every single day until 30 days. Simultaneously we were editing also doing everything along with it because if you are well planned you can finish anything. I made Mary Kom in 52 days. We took that much time to shoot in the snow among the crowd. It is a big film."

Making The Biopic & The Responsibility:

Kumar has aced the art of making biographical films and his work speaks volume about his genius. Making a biopic comes with great responsibility. You need to stay true to the character of the person.

"Okay, you cannot go wrong. But again you're not making a documentary; you're making it entertaining film so how interesting and entertaining is this person's life?" he says.

Like any filmmaker even he takes liberty but when it comes to a biopic, every step has to be taken with caution. And with so much dissension already around the film, it would be interesting to see how this biopic unfolds and was it even worth the catastrophe in the first place.