Combined Wealth Of Indian Billionaires Is More Than The Union Budget 2018-19: Report

India's richest 1 per cent has four times the wealth owned by the bottom 70 per cent or 953 million Indians, according to an Oxfam report

By Tahira Noor Khan
January 20, 2020
Opinions expressed by Entrepreneur contributors are their own.
You're reading Entrepreneur India, an international franchise of Entrepreneur Media.

Around 4.6 billion people, who make up 60 per cent of the planet's population, have less wealth than the combined worth of world's 2,153 billionaires, according to the Time To Care 2020 report by Oxfam. The report also states that by getting just the richest 1 per cent to pay 0.5 per cent extra tax on their wealth over the next 10 years "would equal the investment needed to create 117 million jobs in sectors such as elderly and childcare, education and health".

The report also claims that the returns to rich shareholders have increased dramatically while real wages have barely increased at all and the world's economies reward men more than women. "This great divide is based on a flawed and sexist economic system that values the wealth of the privileged few, mostly men, more than the billions of hours of the most essential work—the unpaid and underpaid care work done primarily by women and girls around the world," said the report. 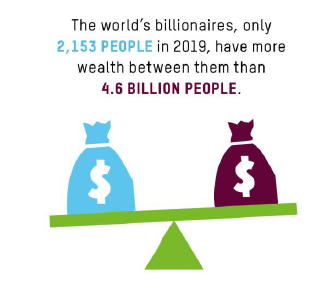 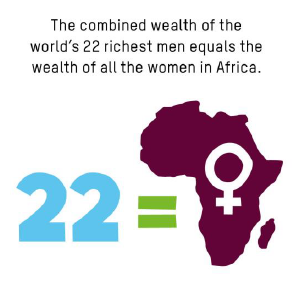 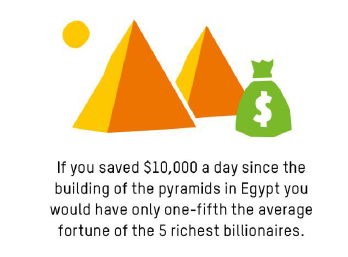 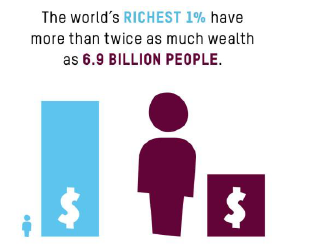 Women face severe economic inequalities in our current economic system. According to the report, women and girls put in 12.5 billion hours of unpaid care work each and every day. It is a staggering work contribution of at least $10.8 trillion a year which is more than three times the size of the global tech industry.

In India, women and girls put in 3.26 billion hours of unpaid care work each and every day. This contributes at least INR 19 trillion a year, which is 20 times the entire education budget of India in 2019 (INR 93,000 crore).

Also Read: Ageism and the Gender Pay Gap: Why Getting Older Can Be Problematic for Women

"Tending to others, cooking, cleaning and fetching water and firewood are essential daily tasks for the wellbeing of societies, communities and the functioning of the economy. The heavy and unequal responsibility of care work perpetuates gender and economic inequalities," read the report. 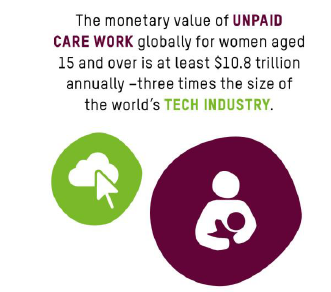 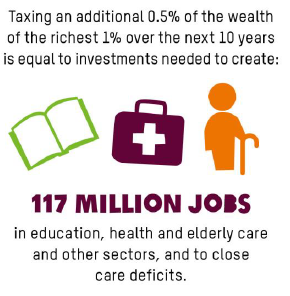 The report places the responsibility on the shoulders of governments across the globe to reduce the current stark economic divide between the rich and the poor, which is also deeply sexist. "Governments around the world must act now to build a human economy that is feminist and values what truly matters to society, rather than fuelling an endless pursuit of profit and wealth," claimed the report.

Some of the crucial steps, to achieve this result are, "Investing in national care systems to address the disproportionate responsibility for care work done by women and girls and introducing progressive taxation, including taxing wealth and legislating in favor of carers, are possible and crucial first steps."

Oxfam report claimed that its calculations are based on the latest data sources available, including from the Credit Suisse Research Institute's Global Wealth Databook 2019 and Forbes' 2019 Billionaires List.