Politics is one conversation that can make every head turn. You can miss sports, movie, the latest trends but you can't turn your eyes away from diplomacy and country affairs. How is the current government performing and who will win the 2019 Lok Sabha election is always up for debate.

While for us it is just a conversation that takes place over a cup of steaming tea, for Gaurav Pradhan it is a passion that drives him.

A top ten global social CIO, cyber security, Information Technology expert, data scientist, strategist, advisor, Pradhan is a brand in himself. He rose to fame in 2013 and since then has acquired thousands of followers. Such is his popularity that even India's Prime Minister Narendra Modi is following him.

What makes this man interesting are his political predictions that are always on point. While media and experts are busy making wild estimates, he accurately tells you in whose favour the wave is moving.

From predicting the 2014 election that changed the phase of India to who will be the next President of United States to predicting on whose lap the Punjab and Uttar Pradesh elections will fall, his analysis has been on point.

He ain't a psephologist, surely not a numerologist but someone who predicts things based on data and mood of the people.

With 2019 election just around the corner, the country surely wants to know that who will take charge of the Indian democracy this time.

Entrepreneur India caught up with data scientist Gaurav Pradhan at the World AI Show, Mumbai organised by Trescon to know about his observation for the most talked elections.

We started with understanding his analytic techniques, 2014 Indian election, and breakdown of the US polls to how nationalism is the new wave and who will win the 2019 election. Here's everything about the current political scenario that might give you a new perspective.

Who would have thought a person's mood could actually help you in curating relevant data? For Pradhan, our mood is his reference point and that's how he gets his predictions right.

"There is something called "Mood Analytics' and I pick up my data points from there. It is based on what people are talking across social media on all the platforms. This gives me a typical idea of the mood that people are going through. Then there is intelligence information, and then geopolitics. What Saudi wants, what Pakistan wants. So if Pakistan wants Hilary and Saudi wants Hilary that means the nation is moving towards Trump. That is the geopolitical relationship," explains Pradhan. 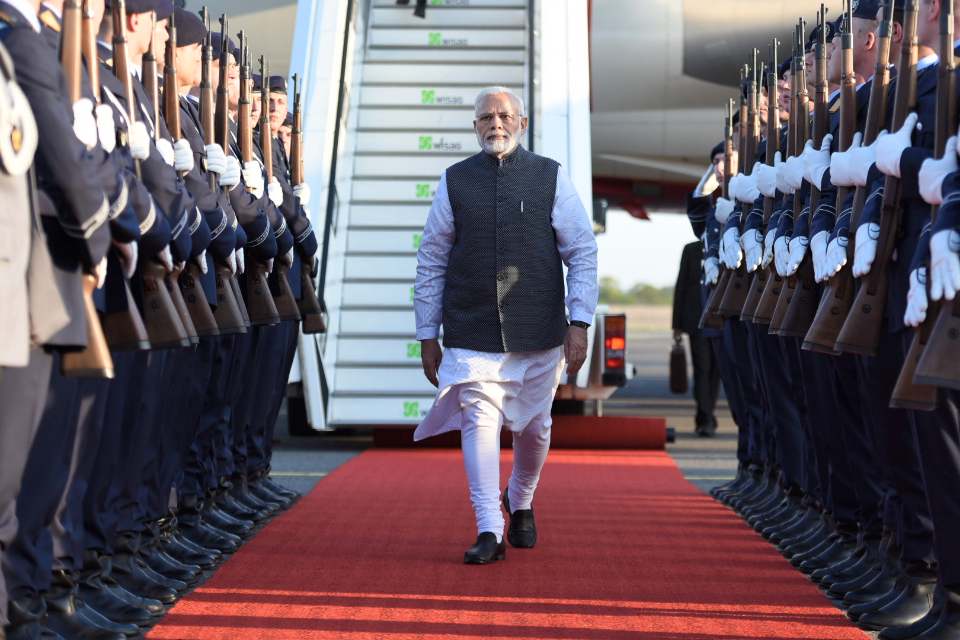 Did you know the 2014 election actually focused more on the leader rather than the party? It was the time when seasoned voters took a backseat and the youth drove the results of the election.

"In 2014, the youth was the undercurrent. People were sick of scams, it was everywhere. That time the component was not the seasoned voters like me or my grandfather. It was the youth and they wanted to change the future. This was capitalized by Narendra Modi as a nationalist movement. The last election was not about the party but the leader. Similarly, the 2019 election will also be about the leader. The seasoned people are talking about party politics while the youth is focused on the leader," he points out.

US Election 2016: It was Never Trump Vs Hillary

While for the majority the United States 2016 election was about Donald Trump vs Hillary Clinton, for Pradhan it was always about Mr Clinton vs Mrs Clinton. While this statement might sound aberrant his facts don't.

"See understand Trump is rich. Hillary is not that rich, she wants to make money for herself. Trump on the other hand wants to make money for the United States. Nationalism was picking up, everyone was sick of jobs being taken by people from around the globe. So the mood set was Nationalism. Now, who is the one promoting Nationalism? It was not Trump, it was Hillary. And it was happening before primary people were talking on social media that the subject will be jobs. And then you see Trump, who is damn rich, he doesn't need money but he is going to be a nationalist," says Pradhan.

To give more contexts he talks about how Trump was just a face put up for local politics. "Then secondly you gain intelligence input where you learn that Trump is going to be supported. My first tweet that time said that the final fight is between Mr Clinton and Mrs Clinton and everyone said Mr Clinton isn't fighting the election. I know he is not. But Trump is a face put out because if Hillary wins Bill Clinton's life will be a huge mess because of the Monica Lewinsky scandal. There is a local politics between the husband and wife. When you quote all of this then my dashboard says Gaurav Pradhan the chance of Mr Trump winning the election is high."

The World will be Ruled by Nationalists 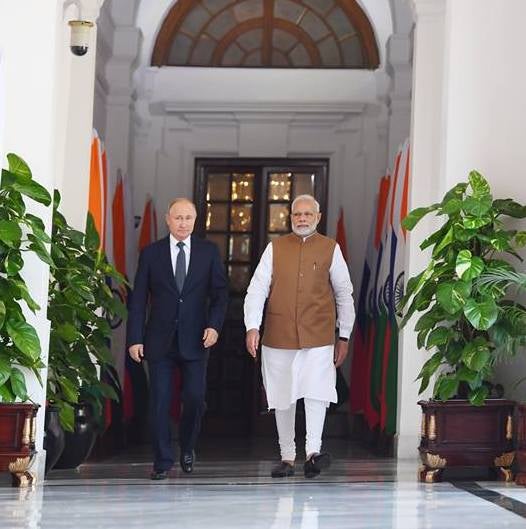 Haven't we all been hearing that Nationalism is the new wave? But what is Nationalism?

To put it in simply it is a political system that believes one country is above other in the world. Pradhan who has analysed various leaders and their characteristics around the globe feels that the world will be ruled by four nationalist Narendra Modi, Donald Trump, Vladimir Putin, and Benjamin Netanyahu.

Believe We are Moving Towards Monarchy?

For people who believe these four leaders represent monarchy, the data expert says "Nationalism means democracy. We are not moving towards Monarchy. Had it been Hillary in US or Congress in India that is monarchy because just one family wants to rule. You cannot have a Congress President which is not a Gandhi. These nationalists have not made their lives based on their families but their own share of hard work." 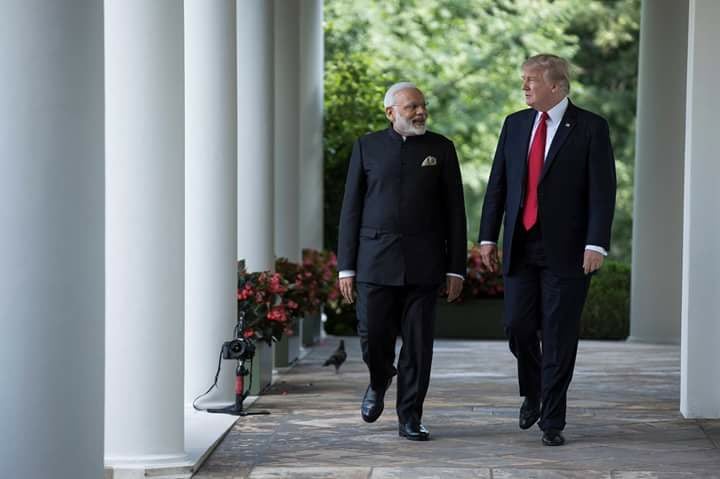 Modi and Trump are always making the headline. They might look the same but the way they function makes the master difference.

"Trump is an impulsive person, he makes certain comments openly that he shouldn't. Modi is seasoned, he does the exact same thing but uses them as a weapon. Trump talks about banning media, while Modi welcomes everyone. He believes the more someone hits him, the more successful he gets. If you analyse the mood is nationalist. So, anybody who rights ugly things about the nationalist leader, the polarization happens," he says.

The result of Uttar Pradesh election shocked millions. Who would have thought that the constituency which has been governed by certain parties for decades will welcome a new leader? We didn't but Pradhan's number clearly said that BJP will win with more than 300 seats. But how did he come to that conclusion?

"I strongly wrote that Punjab election should go to Congress. There was absolutely no role of BJP there as it is very small. Aam Aadmi Party (AAP) would have destroyed it. So it should go to Congress and that too with Captain Amarinder as the leader nobody else. I am the one who ointed out that BJP will get 300+ seats in the UP election, no one else predicted it not even Modi and Amit Shah. I drove my car to 12,500 kilometers at my own expense. I picked up data points from the community, small villages and framed a chat that said it will be 300+. Everyone laughed and look what happened? In fact, in 2015, I also wrote a thread about Yogi Adityanath and said he would be the CM, there I am."

Who will rule the world's biggest democracy in the upcoming 2019 Lok Sabha is the biggest question. While the country has their own biases, everyone wants to know who will be the next Prime Minister of India. Those who think BJP has lost its support and people are unhappy might want to hear this.

"People who are making those comments are either middle class or short business class who were saving taxes. The tax component was their earning and now they have lost it. Now here comes data science. I am picking data from rural India. How many families have benefited from the cooking gas and electricity? How many have got access to toilets and how many kids are going to school now? When I study this I am getting a figure of fifty crore. Even in forty-fifty crore, being a conservative I divide it by two, it is twenty crore. You know in 2014, the elections were won by a small margin of 1.4 crore and here you have a larger swing. So my calculation says 2019 belongs to Modi."

While time will say who will win the 2019 Election, Pradhan already has his numbers intact.

With just few months to go, it would be interesting to see if the cake still belongs to BJP or will the Congress get a taste of it. Will the country be governed by Modi or will we see another Gandhi taking its reign?

We interviewed Gaurav Pradhan at the World AI Show, Mumbai organised by Trescon.