By John Patrick Pullen
November 6, 2012
Opinions expressed by Entrepreneur contributors are their own. 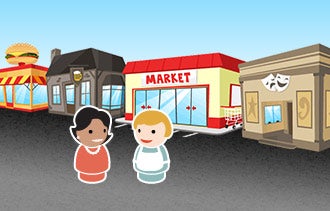 If one thing is true about loyalty marketing campaigns, it's that they're constantly growing. According to Cincinnati-based analytics firm Colloquy, there are more than two billion loyalty program memberships in the U.S., double the total in 2000.

With so many reward cards in peoples' wallets, it can be difficult for yours to stand out. One way is to ditch the traditional card and take your program mobile -- especially with the smartphone becoming the go-to device for people all over the world.

Here's a look at the pros and cons of four smartphone apps that can help take your customer loyalty to the next level:

1. Belly
For between $50 and $100 per month -- depending on access to features such as customer segmentation, data analytics or promotional tools -- Chicago-based Belly supplies merchants with an iPad that can be locked to a surface for security, as well as marketing materials. Customers check in by opening the free Belly app on their smartphones, pulling up their unique QR code and scanning it on the company's iPad.

More than 3,500 locations have adopted the Android and iOS-based loyalty program since its August 2011 launch, rewarding customers with customized perks that include everything from free coffee to naming rights for menu items.

Pros: Widespread adoption in major markets such as Boston, New York City and Washington D.C. means customers may already have downloaded Belly before you start using it.

Cons: Belly costs more than competing services. Some people may not like its Facebook integration and be reluctant to link their accounts to it.

2. LevelUp
Boston-based LevelUp launched in July 2011 as a mobile payment platform. Charging neither merchants nor users for transactions, it has persuaded more than 3,800 locations to use the app to process sales. But 98 percent of LevelUp's customers also use the service to manage loyalty campaigns, which is how the company makes money.

The program includes a free consumer app (Android and iOS) that users link to their credit or debit card and a merchant app that businesses run either on their own mobile device or on a free, LevelUp-provided Android phone. The consumer app provides a unique QR code on users' screens, which customers use to pay, while the merchant app scans the codes, processes payments and monitors for rewards. The program lets LevelUp merchants create customized rewards they give customers who reach certain spending levels.

Pros: Charges no credit card processing fees, so companies can save money by switching customers to LevelUp.

Cons: Not every customer will want to use LevelUp, so you won't be able to abandon credit-card payment processing altogether. Also, LevelUp derives income by taking 40 cents of every reward dollar earned by customers. So, the more successful it is for your business, the more you'll pay to LevelUp.

Perka, which logged its first transaction in April 2011 and went national six months later, is available for $35 per month at more than 400 locations across the U.S., Canada, the U.K., Australia and Ireland. Perka also provides iPods to administer the program, though businesses can use their own web-capable devices instead.

Cons: App users have complained about the small number of Perka locations, with only 400 venues across five countries. But that doesn't affect Perka's ability to track rewards for your business.

4. Punchcard
With Pasadena, Calif.-based Punchcard, your company may already have a loyalty program and not even know it. Using the free Punchcard app, customers take a photo of their receipt and tag the business with a location-based geo-targeted listing to earn a punch. If the customer gets 10 punches within six months, Punchcard rewards him or her with a gift card equal to the average purchase but not exceeding $20.

Businesses can sign up with Punchcard for between $29 and $99 per location, receiving varying levels of messaging and offer capabilities. Features allow them to personalize offers to valued customers, discover customers shopping nearby or make limited-time offers. Currently supporting 15 million businesses, Punchcard is something you should load on your phone, even if you don't deploy it for your business, to start racking up rewards.

Pros: Managed entirely by Punchcard, the program requires no equipment for businesses.

Cons: Wasn't escaping the paper trail the whole idea of smartphone loyalty plans? Photographing receipts is inconvenient for customers, and participating businesses will have to offer receipts when many don't.

Related: How to Get Customers Using Your Online Rewards