About ten years ago, Dawn Kelley went on a blind date. That's when she met her future husband and business partner.

Steve Kelley had already been in the process of looking to buy Barney Butter, an almond butter company started by a family friend.

"He called [our mutual] friend after our first meeting and said, 'Oh my God, I just met the one, and when I say the one, I'm not sure if it's the one I want to marry or the one that I want to run Barney Butter," Dawn said. "It ended up being both." 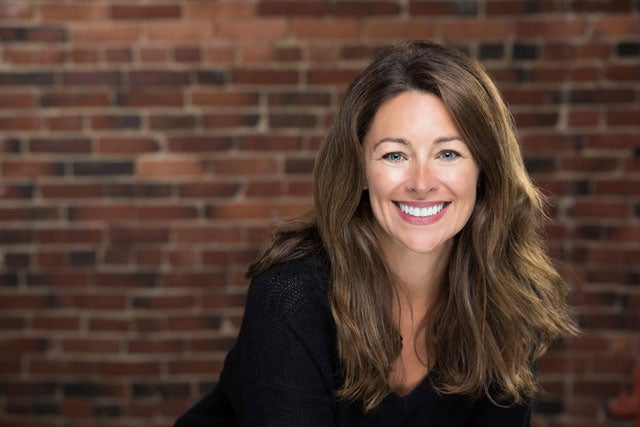 What appealed to the couple was the fact that Barney Butter, named after its original founder Jennifer Barney, manufactured its own products.

"We had this opportunity where we could run this manufacturing facility and make the highest quality product that we can," she said. "There were all these options available to us."

It proved to be a fascinating career move to Dawn Kelley, a former tech executive and marketer. The Kelleys initially invested in the company before buying it outright and significantly growing its revenues.

"My motto -- and the sign that I have hanging on my office wall -- is 'make something,'" Kelley said. "I consider myself a perfect blend, at least most days, of left and right brain. Having the manufacturing side gives us that kind of ownership of it versus just being a sales and marketing organization where we're working with a third party co-packer."

Barney Butter, Kelley said, sets its products apart from the many competitors in the space by blanching almonds, which removes their skin and leads to a smoother product that's more like peanut butter. Due to its smaller scale compared to competing brands owned by food giants, Kelley took a deliberate path for its growth.

"The way we went about growth all along was not to get as many new points of distribution as fast as possible, but instead focus on velocity and turns within the accounts that we do get," Dawn said. "There's so many unintended consequences of taking that account in a region where maybe you don't have a stronghold yet."

Currently, Barney Butter almond butters -- its top sellers are Barney Bare Smooth (no sugar or salt added), Barney Smooth and Barney Crunchy -- can be found in about 13,000 stores. The company, which has not taken on outside funding, said it grew more than 30 percent last year and expects similar growth this year. It recently introduced a powdered form of almond butter.

Kelley said that the company is focused on owning the almond space and continuing to focus on its core products, which she said is a challenge that suits her skill set.

"Why I love my job and the company is because I tend to be motivated by having a balance between spreadsheets and creativity," she said. "I can get just as lost in an Excel spreadsheet as I can in the kitchen coming up with a new recipe with our almond butter. That's what keeps me excited and engaged."