Add These 20 Fast-Growing Skills to Your Freelancing Repertoire

Nearly two-thirds of the most sought-after skills are tech related.

By Rose Leadem
February 15, 2017
Opinions expressed by Entrepreneur contributors are their own.

Today, more than 35 percent of the U.S. workforce are freelancers -- and this proportion is growing every year. This means competition is fiercer than ever. In order to be successful and stand out from the crowd, it's vital to develop the most sought-after skills in the U.S. freelance job market.

Freelancing website Upwork recently released its Skills Index, a list of the 20 freelance skills that grew the most quickly at the end of 2016. From data science to engineering to IT and development, 65 percent of the skills on the list are tech skills, while marketing skills account for 30 percent.

Between the third and fourth quarters of 2016, data science was the fastest-growing category. With the rise of AI, and as products such as Amazon Echo and Google Home pick up in popularity, it's no wonder natural language processing is the most coveted skill.

Related: 4 Ways to Hire and Keep the Best Freelancers

Apple products continue to demand more developers -- in fact, sales of the Apple Watch reached a record high during the 2016 holiday season. The programming language behind these devices is Swift, which takes second place on the list of top skills.

If you're a freelancer, check out Upwork's infographic below to find out which skills you should start learning today. 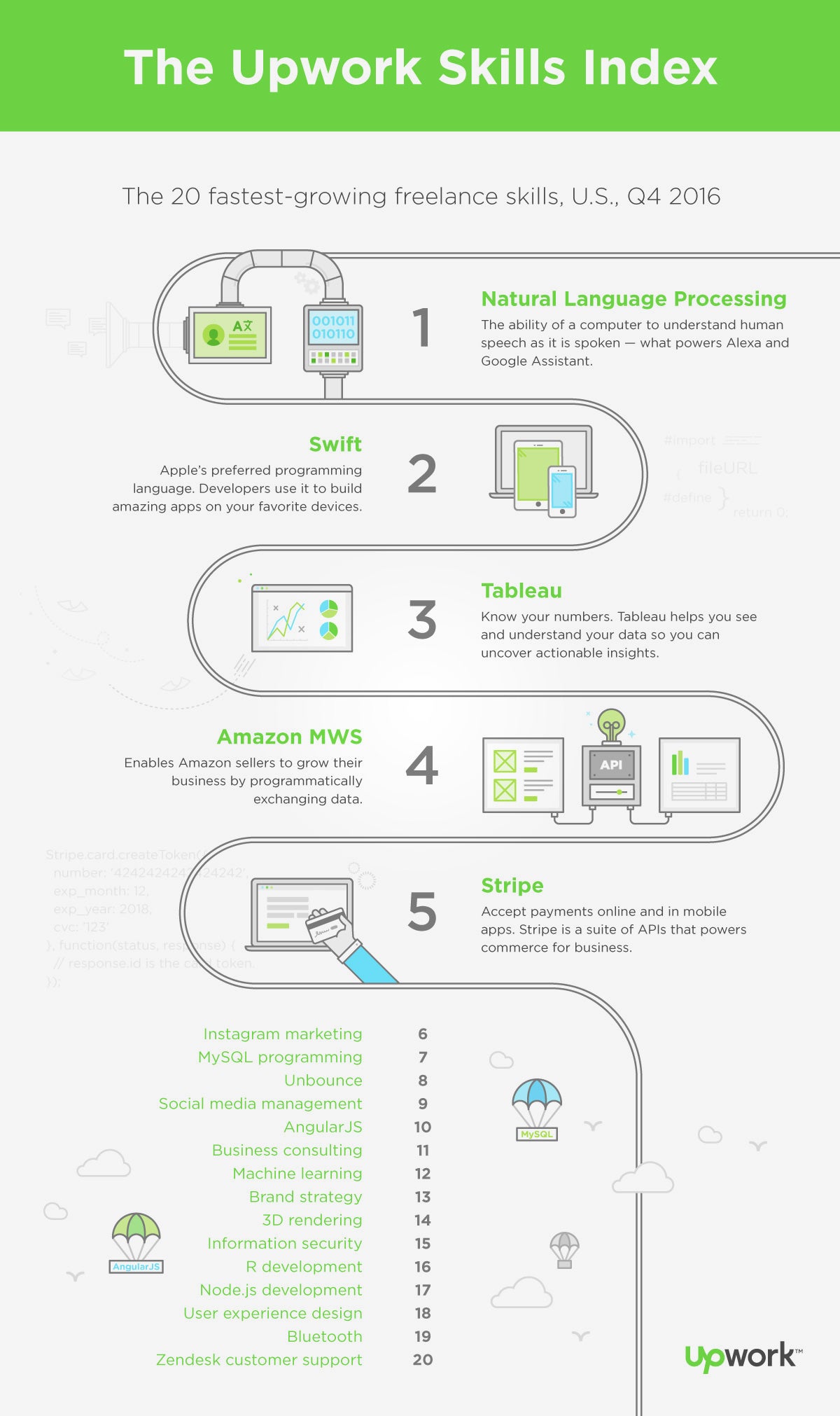