The Day After 9/11, This Family-Owned Jam Company Lost All of Its Airline Business. But One Son's Strategic Rebrand Has Brought Lasting Success.

Noah Marshall-Rashid, co-owner of American Spoon, has grown the brand in the decades since 2001.

In 2001, Noah Marshall-Rashid, now co-owner of family-run, Michigan-based jam company American Spoon, was a recent college graduate with plans to go to New York. He and a friend intended to move to the city in September of that year. But the 9/11 attacks would dissuade him — and, ultimately, change the trajectory of his career.

"[American Spoon] built a large airline business making sauces for first-class food service," Marshall-Rashid tells Entrepreneur. "At the peak, we were working with something like 19 airlines. September 12, 2001, all of the existing purchase orders we had at the airlines were suddenly canceled, and that business very quickly evaporated."

After 9/11, Marshall-Rashid went to Chicago, then to LA, working at restaurants in both cities. But American Spoon continued to struggle following the sudden loss of business, and its newly built cafe in downtown Petoskey, located next to the company's original store, only added to the financial strain. So Marshall-Rashid returned home to help.

"It was just a very uncertain time for the company," Marshall-Rashid explains. "I was still young and naive enough to think that I could come home for a couple years and fix everything, and then return to my original path — going to law school."

That was late summer 2004, Marshall-Rashid says, when Michigan was going through a significant recession. Marshall-Rashid began by helping in the cafe. He then served as the in-house wholesale representative for American Spoon, working with retailers to expand the brand's presence nationwide, which allowed him to see how consistent brand presentation was across all of its lines.

Related: Color Psychology in Marketing and Branding is All About Context

"That experience led me to undertake a giant rebrand of the company and hire new designers to work on a new logo and packaging," Marshall-Rashid says. "At the time, I said we didn't need to be a fundamentally different company — we needed to be better at being the kind of company we already were."

"We were doing something that the market was beginning to value again, by going directly to a small farm."

To help American Spoon get better at being the company it already was, Marshall-Rashid drilled down on what set the brand apart: Its pioneer status in the realm of American artisan and gourmet food. The farm-to-table movement as we know it today was all but nonexistent when Marshall-Rashid's father started the company in the early '80s, but the company was always ahead of its time — focusing on fresh, farm-grown ingredients.

During his time in LA, Marshall-Rashid had noticed increased customer interest in farm-to-table goods.

"I remember driving with the chef I was working with at the time from downtown Los Angeles to Chino Farm, which is a legendary farm near San Diego," Marshall-Rashid explains. "It was this two-hour drive through traffic, and obviously we were doing something that the market was beginning to value again, by going directly to a small farm and buying a bunch of produce and bringing it back to serve on a restaurant menu."

At home in Michigan, those types of farms were five minutes away, Marshall-Rashid says. It was a "lightbulb moment" — this element that had been in American Spoon's DNA from the very beginning was current again. But that didn't mean Marshall-Rashid wanted the company's rebrand to be trendy; he wanted it to be built on the "wonderful, delicious food that people fall in love with and then want to make part of their daily lives forever."

Related: How the Farm-to-Table Movement Is Helping Grow the Economy 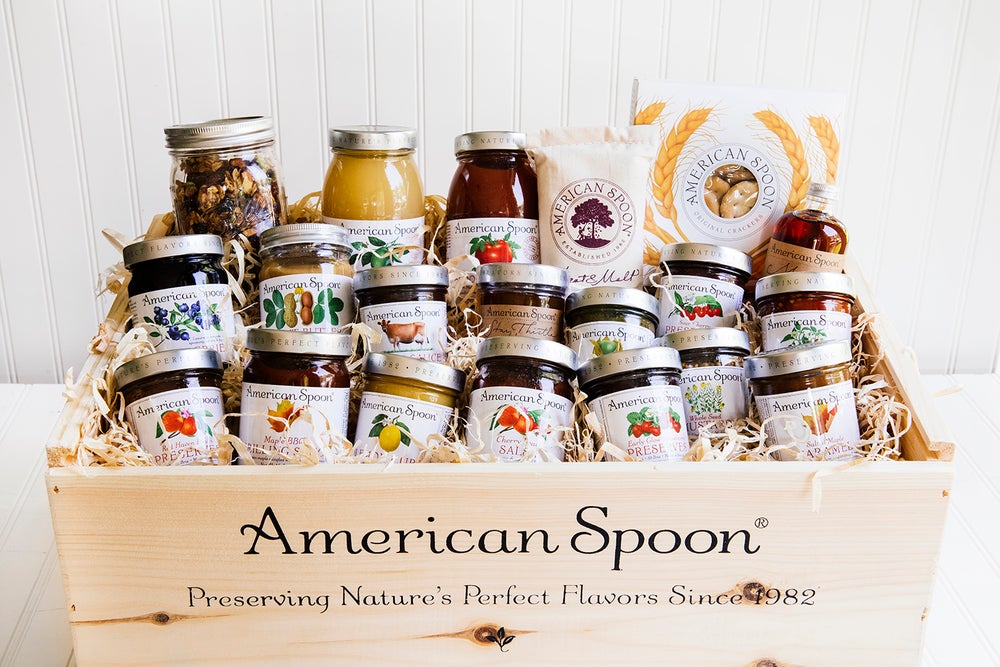 "The grocery distribution system in the United States isn't set up to protect the producer."

By 2007, the rebrand was in full swing. American Spoon enlisted the help of New York-based designer Louise Fili, who continues to play a major part in the brand's story to this day. Along the way, Marshall-Rashid also learned an important lesson in brand growth — one that, in some sense, ran counter to his start in wholesale distribution: That method wouldn't be sustainable if American Spoon hoped to continue making the highest-quality product possible.

"Unfortunately, the grocery distribution system in the United States isn't set up to protect the producer," Marshall-Rashid says. "So, ultimately, you're in a position of eroding margin, so the only way to maintain your position in these large retailers is to take out of the product. And we've all had that experience where you find something at the grocery store that's new and interesting and unique, and you fall in love with it, and several years later, it doesn't taste the same."

The company had a website dating back to 1996 and a modest catalog business, with circulation driven by in-store customers who would subscribe. But Marshall-Rashid recognized the need to push further. So, in addition to swapping American Spoon's catalog illustrations for photographs, he persuaded his "reluctant" father to participate in a cooperative database, which gave the company access to more buyers than ever before.

Growth remained consistent for several years after that, but it "exploded" amid the Covid-19 pandemic, when people went all-in on DTC food. American Spoon's circulation went from 200,000 to more than two million books today — without any paid digital marketing.

"I vividly remember coming into work the day after the national emergency had been declared, and our mail-order volume had doubled," Marshall-Rashid says. "I thought it would last for a week, it would be a blip. And of course, that wasn't what happened. So we've really scrambled for a couple of years, and now we're finally trying to build out the infrastructure to support this new normal."

Related: Virtual Becoming the New Normal in the Wake Of Covid-19 Pandemic 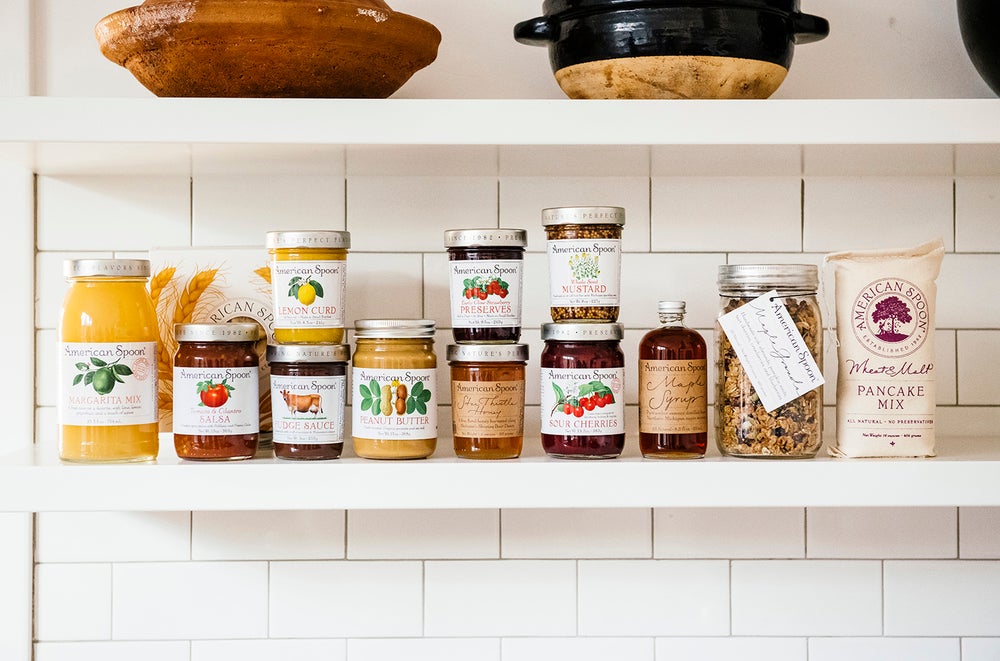 "We have to try to integrate those increases into the retail price of our product as much as we can."

Although the company was able to navigate an "incredibly stressful" pandemic experience (never fully closing, though some of its stores were shuttered for several months), it's now facing something all businesses today are: inflation. "We're certainly confronting rising costs at every level," Marshall-Rashid says.

At the tail-end of last year, American Spoon had to contend with its first and most sudden inflation hurdle when a significant increase in sales volume left the company waiting for a new shipment of glass jars — which brought with them a surcharge of $15,000 per container. The company has also seen price hikes on sugar and fruit.

"You try to absorb those things in the near term," Marshall-Rashid explains, "and then, because we're a direct-to-consumer company, we have to try to integrate those increases into the retail price of our product as much as we can."

But American Spoon has weathered difficult storms in the past and is prepared to do so again. As Marshall-Rashid looks towards the company's future, he's excited for its ongoing category expansion, which has recently come to include a small-batch Paloma mix and a biscuit mix in partnership with Zingerman's Bakehouse in Ann Arbor, and for the new ways in which the company will connect with its customers online.

"As long as you stick to your foundation of making something delicious that your customer really values, customers will remain loyal despite price increases," Marshall-Rashid says.