Brands have paraded A-listers out front as spokespeople for ages, but in recent years they've been joining as investors. Here, we examine when it works and what entrepreneurs should keep in mind as they team up with celebs.

In an age dominated by startups, how do you rise above the clutter and make your brand visible? Ditch the spokesmodel and get yourself a celebrity investor.

There's the teen sensation Justin Bieber, who recently announced a $1.1 million contribution to the selfie-sharing app Shots of Me. That's on top of the handful of gaming and mobile companies with whom he's already invested. Leonardo DiCaprio has not only kicked in to a recent $28 million funding round to Instagram nemesis Mobli, but also serves as a fulltime advisor. And countless actors -- from Robert De Niro, who co-founded Nobu Restaurants, to Bill Murray, who co-owns Charleston, S.C., eatery Rutledge Cab Co. -- have backed hospitality ventures.

And then, of course, there's Ashton Kutcher, who -- famously, at this point -- supported Skype in its early days, as well as invested in rising social lodging star Airbnb.

A-list backers can surely bring notoriety to a fledgling brand and they typically only make money off their contributions if a startup finds financial success, gets acquired or goes public. But, there's still a lot at stake for young-company founders. In addition to catering to the vagaries of celebrity, giving up future earnings may not be for everyone. So the question is, are celeb backers worth their price?

Consider Justin Timberlake's investment stake in Myspace. In 2011, the social networking site that spent time at the top of the social-media pyramid before getting pummeled by Facebook, sold for $35 million to Specific Media. Just six years earlier, media tycoon Rupert Murdoch bought the site for $580 million.

Following the acquisition, Specific Media co-founders and brothers Chris and Tim Vanderhook announced plans to bring the actor and pop-music megastar into the Myspace family -- with the express mission of bringing artists closer to fans.

So far, the Myspace/Timberlake mash up, which came into full view after the site's reboot in June 2013, is going swimmingly, says Mike Jones, former CEO of Myspace and founder of technology studio Science, Inc. He didn't provide specifics regarding actual metrics, but he did say the connection felt strong. "If you're a fan of Justin, you get unique access to that kind of content," says Jones. 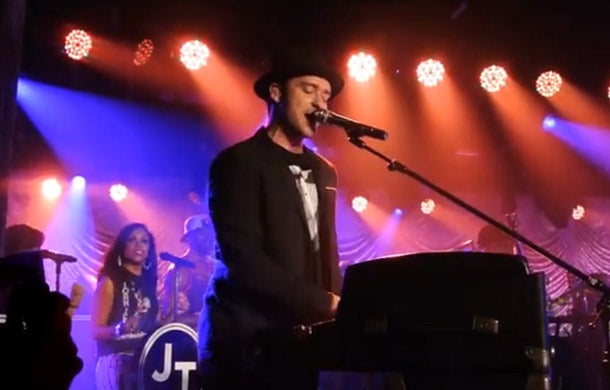 Pop stars aren't the only ones joining the ranks of the star-studded investor elite. Athletes like Peyton Manning have found entrepreneurship a lucrative avenue, as well. The quarterback for the Denver Broncos entered the pizza business last year, snatching up 21 Papa John's stores in the Denver area. Many of the outposts have reportedly seen spikes in daily sales that have as much as doubled the revenue from the pre-Manning days. (Of course, incentives to football fans and pizza lovers alike—such as 50 percent-off Mondays when the Broncos win—have done nothing to temper that success.)

Papa John's could not be reached for comment. However, sales at certain locations have been known to double to $5,000 or $6,000 on any given game day under Manning's watch.

Despite the obvious marketing boon, some stars may bring harm to a brand's image. Examples of media belly flops include: Lance Armstrong, who lost Nike, Anheuser-Busch after a doping scandal. There's also Tiger Woods who shed various sponsors including Gillette, AT&T and Gatorade, after a car crash brought his unseemly personal life into the open. U2 frontman Bono was named "the worst investor in America" by financial site 24/7 Wall Street a few years back after his investment in a private equity firm Elevation Partners lost him millions when the smartphone company Palm failed to live up to the success of competitors like Apple.

Jones, for one, believes a startup's success is entirely dependent upon the execution and how it incorporates a famous face. "It needs to be an authentic integration that's very genuine for both the brand and the celebrity, as well as logical to the audience," he says. "From an investor's perspective, it's good to have people on board who are personally invested in the brand." If the celebrity is a high influencer with a large reach and can keep consumers engaged, then there's potential, he adds.

The best idea is for high-profile investors like Troy Carter to approach their businesses holistically, such as incorporating a product debut with a movie or album release, adds Jones. "If you have [an influencer] who's incredibly talented and has a large audience and a life cycle, you need to look at your fans from a lifetime value perspective and the way you interact with those fans from a product perspective."

Kristin Luna is a Nashville-based journalist who has written travel and news features for Newsweek, Forbes, Redbook, Self and countless others, as well as several guidebooks for Frommer's. Kristin previously sailed with Semester at Sea in 2011 as the assistant field office coordinator. You can follow her global exploits via her award-winning blog Camels & Chocolate.

We must take stock of the banking, financial services and insurance industry (BFSI) landscape as it stands now before we can decide which path we want to take throughout the year.