In a Rut? Why Not Expand?

While others take shelter from the economic storm, these entrepreneurs are out splashing in the puddles.

September 15, 2009
Opinions expressed by Entrepreneur contributors are their own. 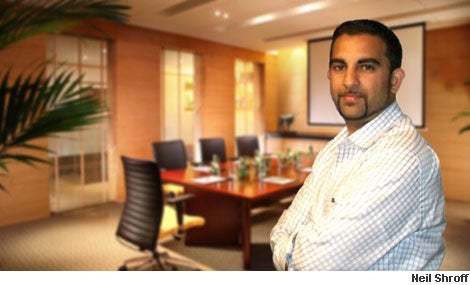 In recent months, entrepreneurs across the country have hunkered down, cutting expenses, trimming spending and in some cases, eliminating staff--all a standard reaction to a difficult economy.

A few brave business owners, though, have embraced the opposite approach.

Faced with a dwindling customer base, these entrepreneurs bucked conventional wisdom and launched new products, spending increasingly precious time and money trying to build the new business lines. The process wasn't easy. It might have meant taking on more debt during already trying times, and lots of sleepless nights. But the risk was worth it. These business owners say the new products have helped revitalize their businesses, lifting them from the doldrums. 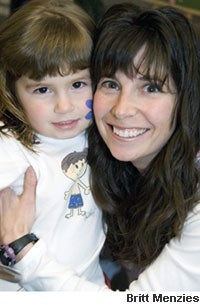 Britt Menzies' business was stymied by suddenly thrifty consumers. Over the course of about four years, the Atlanta mom turned a hobby painting children's characters into a thriving home-based business, StinkyKids LLC. It started with a local retailer, who saw Menzies' paintings of whimsical cartoon characters and asked to hang them in his store. Soon, Menzies expanded into children's T-shirts emblazoned with her characters, known as StinkyKids. High-end children's boutiques sold the T-shirts, along with shops in a few Ritz-Carlton hotels. In 2007, the "Today" show came calling. Soon after, so did high-end department store Nordstrom, which ordered the T-shirts--priced between $28 and $44--for several of its stores, stocked in children's and women's sizes.

Sales climbed steadily until spring of last year, when business "almost came to a standstill," Menzies, who serves as the company's chief executive, remembers. She realized her original business plan was in jeopardy. Her contact at Nordstrom said the shirts weren't doing well. Sales at StinkyKids' online store ground to a near-halt. Parents were simply no longer willing to spend $30 for a T-shirt.

Suddenly, after several years of steady successes, Menzies was forced to return to the art trade shows and pre-school visits where she first started, peddling shirts and hoodies from behind a folding table. "It's backbreaking. It's a lot of work to sell 10 to 12 T-shirts," she says.

Menzies knew from her customers that kids and their parents developed an emotional connection to the StinkyKids--10 named characters who offer distinct looks and personalities. But they simply couldn't stomach the pricey t-shirts during a recession. She needed a new, recession-friendly way to connect with her customers. Armed with research about licensing and branding, Menzies asked her Nordstrom representative if the company could stand behind the StinkyKids brand if she expanded into new , lower-cost areas--specifically plush dolls and books. "I decided not to fight the economy," she says. Instead, the idea was that "parents and grandparents will always pay for a good book," Menzies says. The dolls would bring the book to life. Nordstrom agreed.

Over the last several months, Menzies poured thousands of dollars--financed through credit cards and her husband's bonus, not to mention nearly all of the money from product sales--into the development of 2,700 plush dolls and a draft of an illustrated storybook. When the first doll prototype returned from the vendor with scratchy materials and a distorted face, she was forced back to the drawing board, hitting up contacts until she found a new vendor in Korea. She also put together a brand book, a 44-page document outlining a new long-term vision for the company--something she never would have done if the T-shirt business had kept plodding along, she says.

Nordstrom agreed to buy 2,300 of the dolls, which will be sold at $16.95 each and stocked ahead of the holiday season. The retailer has also agreed to sell the book, which is slated for a January 2010 release. And famed toy store FAO Schwarz has agreed to buy a batch, too.

"The [weak] economy led me to get me where I always envisioned," Menzies says. Had consumers kept spending on pricey T-shirts, "I probably would have focused more on making money and paying off credit cards and trying to get orders for hoodies--rather than looking at the brand from a big-picture standpoint."

As consumers pulled back, so did businesses. Boutique investment bank Orion Capital Group spent the boom years of the mid-2000s helping middle market companies find buyers for their businesses and structuring those deals. But by the middle of last year, mergers and acquisitions had come to a near-halt. By last summer, business was off by 60 to 70 percent, estimates Neil Shroff, managing director at the Menlo Park, Calif., Company. Potential clients hunkered down, figuring they didn't have a good chance of selling their companies. Even if they could have sold, valuations had dropped dramatically.

Shroff noticed that some of his competitors had stopped marketing, likely to save money. Rather than follow in their footsteps, he decided to take advantage of their conservatism and aim for bigger market share. That meant leaving his comfort zone and taking on a whole new line of business.

So Orion Capital Group pushed into a new business line. Shroff knew his clients and potential clients might take time in a recessionary environment to make more detailed plans for their businesses, including putting together exit plans. And while the company's bankers had some knowledge of exit planning, it wasn't a core part of the business--or a packaged product.

Orion's bankers signed up for local university classes, sharpening their tax planning skills. In early spring, Orion launched its exit-planning practice, designed to help people increase their company's value, reduce post-transaction and estate taxes from the sale of the company, and make the company easier to sell when the economy strengthens. The company sent letters to CEOs and blogged about the new service. All told, Shroff says the company spent "a couple hundred thousand" and a few hundred hours getting prepared.

Since the product launch, the company has completed about 20 of the exit plans. At between $5,000 and $10,000 a pop, the company is getting close to covering its investment. It's not as much as Shroff initially expected, and marketing has proven a challenge. People have to be convinced that it's a service they really need at a time they're reluctant to spend.

Even so, Shroff says the expenditure was worth it. The plans already comprise close to a quarter of Orion's current business, and he believes that'll pick up as the message gets out via referrals about the new product. "I'm a long-term thinker," he says. 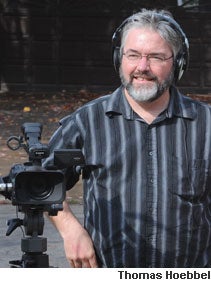 For Thomas Hoebbel Photography, disappearing customers gave him an opportunity to look closely at the future of his industry, taking a risk on a new technology. Since 2001, Thomas Hoebbel, the compny's founder, has taken photos for Ithaca, N.Y.-area businesses and non-profits. His images appear in marketing materials and on company websites. But as companies stopped spending, his commercial photography business languished. Clients cut their photography budgets. By early 2008, the business was pulling in about half what it did in previous years.

Hoebbel grew worried about his prospects. Not only were clients cutting back, but he also had noticed that video was increasingly prevalent on commercial websites--sometimes usurping the kind of still images that he provided. So he decided to become an online video expert. "In the recession I wasn't getting any nibbles. I needed to do something different," he says.

Hoebbel spent nearly $10,000 for video equipment and editing software--a big chunk of change when business was off. "There was a moment of, 'Is this a good time to be expanding?'" Hoebbel recalls. "But I'd rather be ahead of the curve than pick it up when everyone's doing it."

He reached out to clients, telling them about the new service. He explained that video is dynamic and that it can help a business tell its story and increase sales. He estimates that in the coming months, two-thirds to three-quarters of his business will come from video.

The greatest challenge has not been drumming up business, but figuring out how to charge for it. Video requires hours in front of the computer during the editing process, and since completing his first projects, Hoebbel has nearly doubled his prices because of the extra time that's involved. Or, he includes two edits in a package price and charges for each subsequent edit. "It's a work in progress," he says.

Even so, he says, he's not sure where his business would be today without the new product. "It has made a huge difference to me," he says.