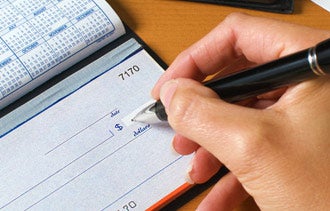 As a prolonged recession hangover weighs on both small businesses and their customers, tracking down the cash they are owed has become a challenge for an increasing number of business owners. At issue is customers not making payments on time – or at all, according to a survey released today by the Kauffman Foundation, a Kansas City, Mo., research organization focused on entrepreneurship.

In 2008, only 2% of small business owners said getting paid was their most challenging problem. That figure jumped to 12.8% in 2009 and continued to edge up slightly to 14.1% in 2010, the most recent year the data is available.

To be sure, getting paid is always a concern for business owners. But the longer the tough times drag on, the more thinly stretched business owners and their customers become, and the more dire the need to get paid becomes.

"Early on everyone is worried about finding new customers," says E.J. Reedy, a research fellow at the Kauffman Foundation and one of two authors of the study. "The longer that the economic conditions are a little bit more unstable, the more it comes down to getting cash, and getting paid for what you have actually done."

While it's hard to determine exactly how much of the resistance is coming from whom, the tension is coming from both sides of the transaction. "The customers are just unable or unwilling to pay in a timely manner," says Reedy. And, despite the report being based on data from a couple of years ago, he says the current economic environment suggests "this is still likely to be very applicable in the current environment."

The report also notes that getting customers in the door continues to be the top overall concern facing businesses, although the outlook seems to be improving slightly for some. Slow or lost sales was ranked as the biggest problem by 43.8% of business owners in 2010, down from 53% in 2008.

Meanwhile, credit conditions for small businesses are still rough, but the inability to obtain credit ranked pretty low in the list of top concerns in the Kauffman study. Only 4.4 percent of firms said access to credit was their most challenging problem in 2010. And less than one percent of business owners cited the cost and terms of that credit as the biggest roadblock.

That's because access to credit is a top priority only for businesses that are trying to grow and expand, and the companies in this survey are "adolescent" or mid-range companies, says Reedy, not the high-growth group. In 2010, only 11.1% of the surveyed companies even applied for a new bank loan or line of credit.

The Kauffman Foundation's Firm Survey, released annually, has been tracking the same 4,928 firms since they launched in 2004, including new businesses, purchasing of franchises, and the purchases of existing businesses by a new management team. The recession has been brutal to the nascent startups: at the end of 2010, only 49 percent were still in business.

These small, young firms are "swimming upstream, flying into very strong headwinds," says Reedy, of the economic conditions business owners are struggling with. "Young businesses are amongst the most vulnerable businesses."

Readers, do you have any ways to enforce that customers pay you on time?