Unpaid internships exclude talented people who can't afford to work for free, which is most people.

By Heidy Rehman
November 14, 2017
Opinions expressed by Entrepreneur contributors are their own.

No one wants to work for free, yet it seems to be the only option for many young professionals seeking a foothold on the career ladder. Unpaid internships are fast becoming the necessary pre-requisite to full-time employment.

Before setting up my own business, I had a long career in the most vilified industry going. Investment banking. It has a terrible reputation but it pays its interns, and I pay mine.

Many businesses don't. It's perhaps not surprising given rising company costs, especially healthcare. Economies need to be made elsewhere and so why wouldn't a company take advantage of a free and widely available resource? Free interns are simply the cheaper option but not the better one. There are downsides.

Related: Are Your Co-Workers Driving You to Quit?

As with anything, if we don't pay for it, we're more likely to waste it. This is why many companies hire more interns than they need. These unpaid interns then end up spending a lot of their time doing tasks that add no value, such as running errands or making cups of coffee, simply to fill the time. The result is lower company productivity that reduces the chance you'll identify potential talent. How could you know what someone is good at if they're not given the opportunity to demonstrate it?

This will also frustrate the candidates who are looking to grab whatever valuable experience they can for their future ré;sumé;. There's a good chance of infighting if they have to compete with other superfluous people, which is never good for team morale. 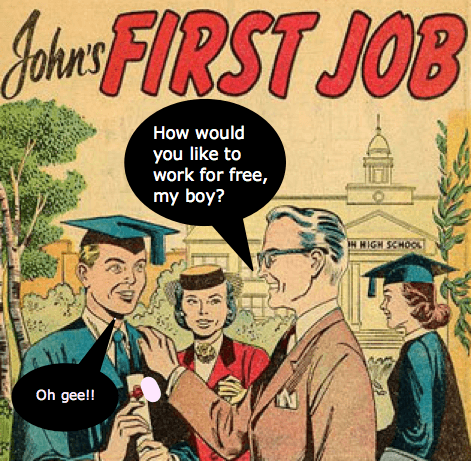 If a company has to pay intens, it will hire more selectively based on a proper job description. Companies will only hire when they actually need to and will want to ensure they get the right person. That individual would then be directed to spending their time on jobs that add value and improve company performance, resulting in a stronger team. Overall this seems like the more cost-effective solution.

Related: Why Office Perks Are Traps, Not Benefits

In my experience, I've found paid interns are more motivated. This makes sense. If they are paid and given tasks that utilize their skills, they will feel valued and recognized. They will have a vested interest in making the business work -- a genuinely symbiotic relationship. A person who isn't paid for their work is less likely to care and more likely to be resentful -- a situation that can be damaging for any company.

On top of all this, and what must not be overlooked, is that paying interns opens the door to all talent. Unpaid internships are, by definition, economically self-selecting, which disproportionately hurts ethnic minority applicants. Most candidates will carry the burden of student debt without the generosity of wealthy parents or patrons. To find paid work, they may be forced to look outside their chosen profession. If they are talented this would be a loss to that industry. Paid internships open the door to this talent.

Related: We Can All Agree These 16 Things Make Us Miserable at Work

What companies must always keep in mind is the risk of negative publicity. As the world's largest generation, the opinions of millennialsmatter. This is a generation with a strong sense of social consciousness. They are often referred to as conscious capitalists, which means that they are drawn to businesses that serve the interests of all major stakeholders, including worker and employees. Millennials have the power to punish a company if they consider it to be transgressing on their values.

The irony to much of this is that it is the large companies that can afford to pay that are the ones that opt for free labor. Interns are more willing to accept their lot with these companies for the sake of a ré;sumé; embellished with a distinguished brand name. I have come across major fashion brands that practically run on the labor of free interns.

After the Harvey Weinstein allegations, Tom Hanks has called for a film and television industry code of ethics. I would ask that this code be extended to include all industries and all forms of exploitation. Let's embrace fair working practices. Let's pay our interns.