Thanks to her wildly popular YouTube tutorials, Lauren Luke's gone from cab dispatcher to makeup mogul.

August 28, 2009
Opinions expressed by Entrepreneur contributors are their own. 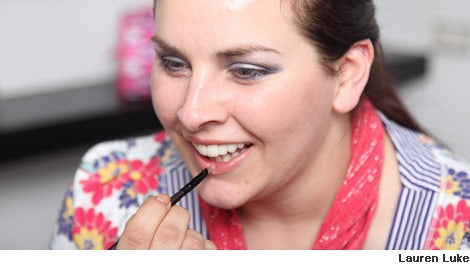 Lauren Luke's love for makeup did not begin glamorously. "I started applying [makeup] when I was about 12 or 13 because I wanted to look nicer at school and have friends. But it didn't really work out," she says. As an adult, the 27-year-old single mother began selling makeup on eBay to ditch her job as a taxi dispatcher. "I absolutely hated my job-- I'm not going to lie about it."

Luke never dreamed she would become the most watched YouTube celebrity in the U.K., with an even larger following in the U.S. Her on-the-fly, chatty YouTube makeup tutorials were merely intended to help sell makeup on eBay. But virtually overnight, the small-town South Shields, England native, who filmed herself using a webcam and an uncovered lamp from her bedroom, has stepped out into the contemporary klieg lights of internet superstardom.

With more than 50 million views and 240,000 subscribers across 70 countries, Luke has parlayed her internet prowess and ability to connect with the masses to start her own makeup line, By Lauren Luke, which recently launched in Sephora stores nationwide. Luke also writes a beauty column for the Guardian, and signed a makeup book deal and a contract to be featured as a character in a Nintendo makeup game.

In her most popular videos, Luke recreates celebrity looks from Leona Lewis, Avril Lavigne, Britney Spears, Rihanna and Angelina Jolie. But everyday tutorials for weddings and proms have attracted just as many viewers.

With no professional training, Luke deftly doles out step-by-step instructions and tips for looks requested by her fans. She only uses makeup she likes, and applies it on herself, glancing dutifully from her mirror to the lens and back again. Her face zooms in and out of focus during close-up shots and sometimes she draws outside the line. And she often veers off tangent. "I'm sitting on my phone and it's killing," she says in one video.

Yet she manages to engage and attract an audience as varied as her looks, from 7-year-old girls to teenagers to adults. Even an 84-year-old woman from Arkansas, who only leaves her house to go to the market, was inspired to wear makeup again after tuning into Luke's videos. "She said watching my videos is like having a friend in the room."

Selling beauty to the masses is not a novel concept. But nobody has tried to sell beauty this way before, at least not the cosmetic companies that shell out millions to endorse celebrities and supermodels. For the girl who had been bullied, taunted and teased as fat and ugly, perfect was not something she was trying to be. In fact, Luke points to the authentic, unscripted and unedited nature of her videos as the very reason for her success. Common refrains you'll hear are, "I know it looks a little odd now," "It doesn't have to be perfect" and "I'm not a professional." She may not be the prototype for Cover Girl, but in the middle of an age where anyone can promote themselves online, Luke is the poster child for the power of social media.

Luke's career has pushed beyond the virtual walls of the internet. She is also in talks for a TV show, and hopes to produce her own clothing line someday--one with "dramatic designs for every shape and size." But there's one central goal Luke is zeroing in on. "I really, really want to make women--real women--feel special," she says. "That's the only goal I've got ahead of this."

3 Smart Ways to Use NFTs to Grow Your Business