Zume is expanding past pizza and will manufacture compostable replacements for single-use plastics.

Pizza was just the first step to saving the world, according to Zume co-founder and CEO Alex Garden. The company, makers of a robot-powered truck that cooks pizzas en route to customers, today announced it is making a major pivot to manufacturing compostable food containers.

The world, particularly the oceans, are choking on plastic. Ocean Conservancy estimates that every year "8 million metric tons of plastics enter our ocean on top of the estimated 150 million metric tons that currently circulate our marine environments." In a stretch of the Pacific Ocean between Hawaii and California, there's a mass of plastic and other trash that's about three times the size of Texas. Some of this plastic will take hundreds of years to break down.

Related: Why This Company That Relies on Automation Talks Openly About the Future of Work 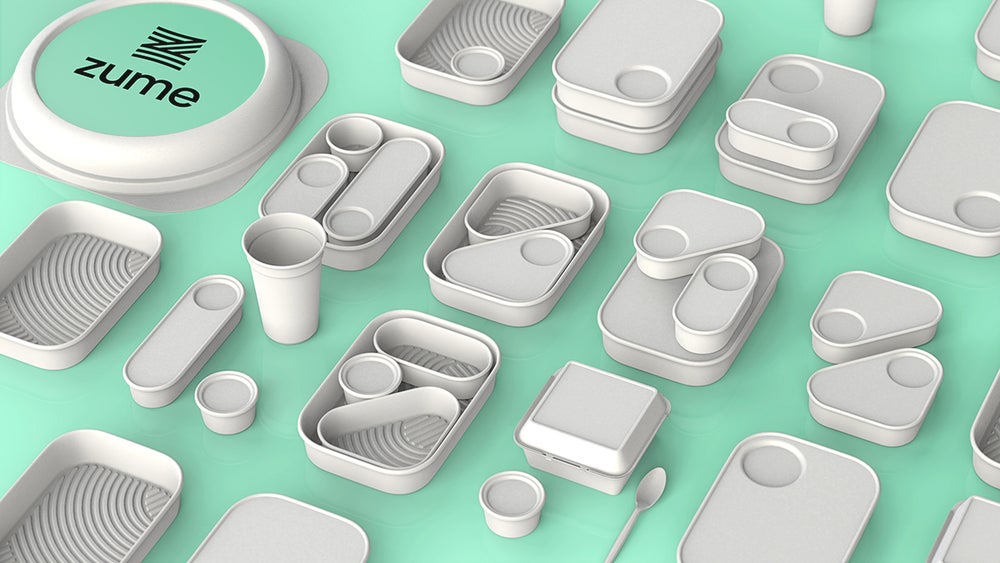 The answer isn't recycling; only 9 percent of all plastic waste ever produced has been recycled, according to the U.N. The only solution now is to not make the plastic problem worse.

That's what Zume hopes to do. The four-year-old company has acquired Pivot Packaging, which co-created Zume's signature compostable Pizza Pod. The combined company, now called Zume Packaging, opened a 70,000 square foot manufacturing plant in southern California. There, it will use a proprietary process to turn materials such as bagasse (sugarcane fiber), bamboo, wheat, straw, and other organic fibers (some of which were bound for landfills) into cups, bowls, plates, utensils and serving trays. Garden said these items break down in 90 days.

Two more plants, another in the U.S. and one overseas, are planned as well. The company has set an ambitious goal of replacing 1 billion plastic and styrofoam food containers by 2020. Its customers, which the company says it can't divulge, include a large airline, a $5 billion U.S. foodservice brand and a food conglomerate.

"What Zume Pizza really was and still is today is a testing ground for this incredible suite of technologies, which we're beginning to announce today," Garden told Entrepreneur. "Zume is the first attempt to reboot the [packaging] supply chain and to give companies big and small around the world technologies that radically improve their sustainability and improve their margins at the same time. There's no limit to what this technology can create. There's some material science limits, but expect everything that's currently food related, single use plastic to be in scope for us."

Related: How Food Entrepreneurs Are Saving the Planet, According to the CEO of Tofurky 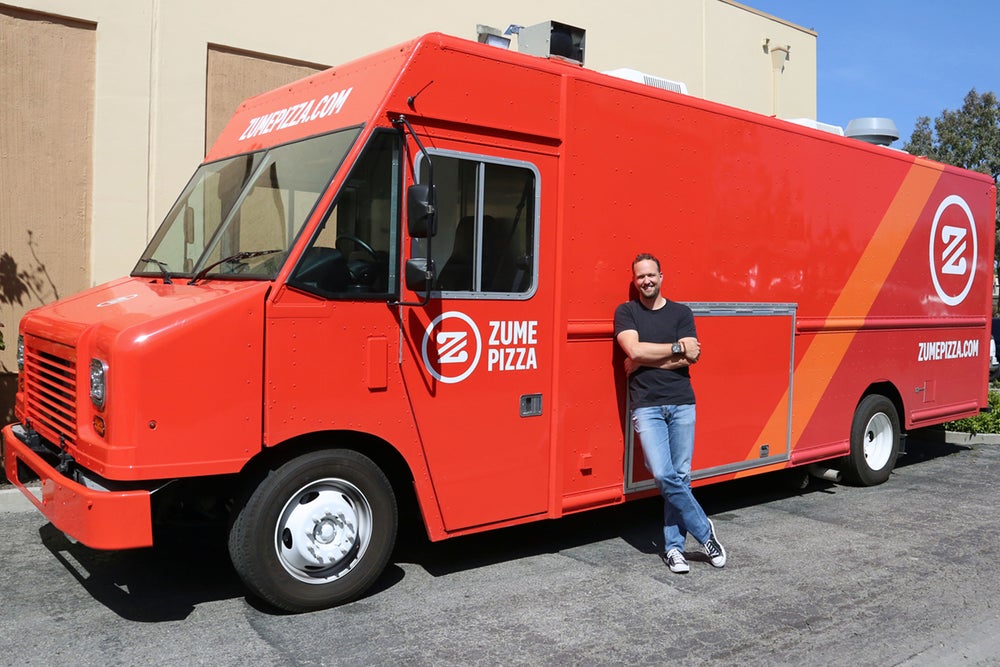 The cost equation is vital to making any progress with the fight against plastic. After all, businesses only use them because they're so cheap. Garden said Zume's compostable solutions will be at or below the cost of competing products.

"When we first started making [the Pizza Pod], it was about $2 a package, which is ridiculous," he said. "We were able to engineer it down to 68 cents a package, which is better, but still far too expensive. As we went further down the road on packaging, we realized there was a huge opportunity. That's why we bought Pivot. We don't want restaurants to have to make tough compromises between profitability and sustainability."

He pointed out that Zume also has an advantage as more countries, including most recently Canada, ban single use plastics.

The move into packaging is only part of the business expansion for Zume, which holds more than 1,700 patents. Pizza will now fall under Zume Culinary, which will create solutions for food delivery services. Zume Forward will aim to help food companies "predict demand and deploy food and goods where people want them," according to the company. Finally, Zume Source will offer alternatives "for how food is grown, transported, prepared and packaged."

Related: Hemp Could Be the Solution to Our Plastic Pollution Crisis

But Garden, who previously served as the former president of Zynga and general manager of Xbox Live, said pizza serves as the foundation for his company.

"It's pretty disingenuous to try to sell technology into the food industry if you're not a food company," he said. "So we knew that we had to earn the right to have a point of view, and there's no better way to do that than to serve customers safely with craveable food and really demonstrate that you understand what goes into that service."