This Obsessive Entrepreneur Documented His 955 Rides as a Lyft Driver

In downtime between launching companies, Greg Muender decided to try on a pink mustache. And he tracked every penny that came and went.

A Lyft driver working weekends in San Francisco can make about $30 an hour. That's $240 for an 8-hour shift -- a pretty impressive side hustle.

That's not PR speak from the San Francisco-based ridesharing company. That's according to some impressively obsessive data gathered by serial entrepreneur Greg Muender.

In between startup ventures, Muender decided he would don the pink mustache and work as a Lyft driver on weekends to pull in some extra cash. But he approached his hours on the road as a bit of a research experiment. 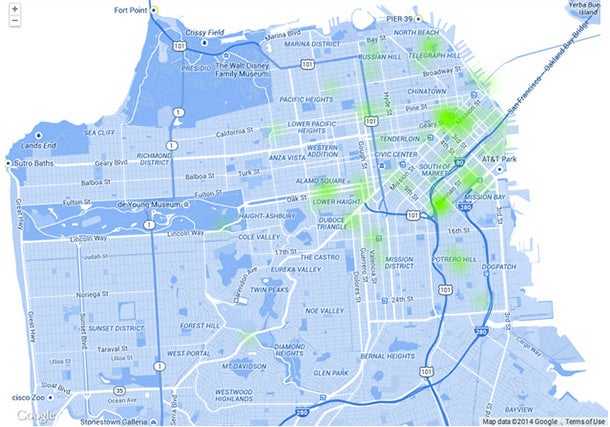 Muender -- who previously launched and sold TicketKick.com, a site that helps people fight traffic tickets -- used three applications (Chronos, Google Location History and MetroMile) to monitor every mile he drove. He ended up spending most of his time picking up and driving around passengers in the business-centric downtown San Francisco neighborhoods of SOMA and the Financial District.

If the geolocation tracking was obsessive, then Muender's tracking of his expenses was triple obsessive. In addition to tallying every penny charged and received for 955 rides, he deducted expenses down the fraction of a penny. For example, he calculated that, for the current month of October, his tire wear amounts to $7.86. (His logic: If tires cost $800, and they should last 50,000 miles, then each mile driven costs him a sixteenth of a cent in tire wear.)

After calculating gas, insurance, and tips, Lyft charges a commission equal to 20 percent of ride fees. All taken together, Muender says he made $31.32 an hour this month. 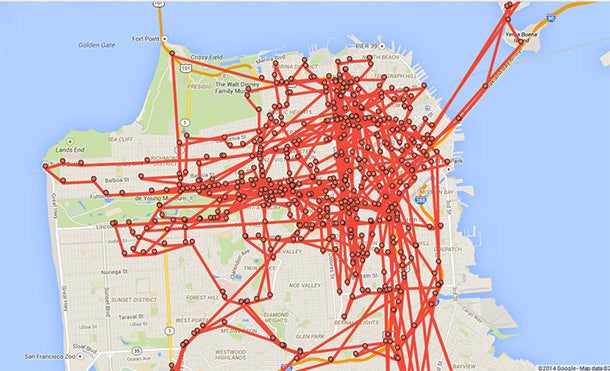 While Muender said in a blog post that he did enjoy his time taking passengers around, he also admitted that, with his next company underway, he would no longer continue on as a driver.

"I personally love driving and conversing with new people, so it was a perfect marriage of the two," Muender wrote. "Although I only drive on the weekends, the opportunity cost of the time spent driving will soon be outweighed by the time that I could spend growing my newly launched startup, Whttl. I'll be hanging up my Lyft mustache, so to speak."

Whttl is a platform to search for and compare companies offering services and resources in the sharing economy, from renting cars to pet sitting to having something delivered in the same day.

Related: Why a Taxi App With $100 Million in Funding Failed in the U.S.