This Young Entrepreneur, Who Has Raised $6 Million, Is on a Mission to Kick Sugar Out of Candy

Tara Bosch started SmartSweets when she was 21 so she could enjoy candy every day.

For Tara Bosch, her business SmartSweets will be the future of candy -- it's just a matter of "reverse executing against the future."

"That conviction has helped us to move forward and overcome the challenges that come with the roller coaster ride of entrepreneurship," she said.

Bosch, who admits she's a "candy addict and a sugar fiend," founded the company in 2016 when she was 21 after a conversation with her grandmother. The 89 year old said she had regretted consuming so much sugar over the years, which caused Bosch to reflect on her eating habits.

"That sparked my quest to explore finding a candy I can feel good about," she said. "It opened my eyes up to sugar, and the shocking reality of what it's doing to us."

She dropped out of school (the semester had already ended), ordered a gummy bear mold off Amazon and started testing recipes in her basement kitchen. Three months and more than 200 iterations later, Bosch had a product she felt she could take to the market. 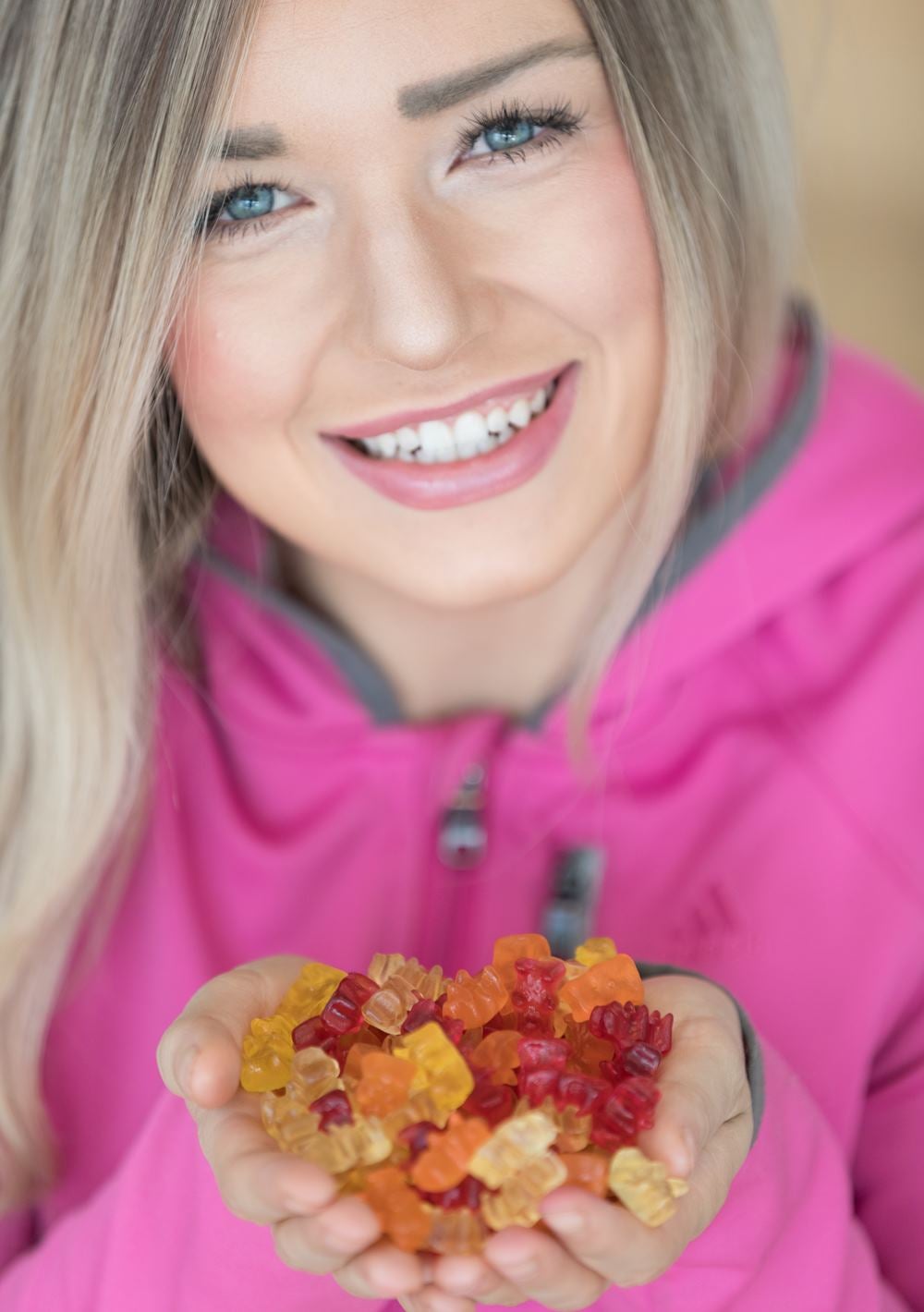 "I watched Shark Tank and Dragon's Den religiously, but I didn't have the confidence to act on any ideas because of my unhealthy relationship with food," Bosch said. "The second I turned 13, I got a job at McDonald's and Domino's and was working full time, but I didn't have the confidence at that point to actually believe that I could create something for the world."

SmartSweets products are made without artificial sweeteners and colors. Each serving of the candy -- it has products that are substitutes for gummy bears, Sour Patch Kids and Swedish Fish -- only contains three grams of sugar (a serving of typical gummy bears has about 19 grams of sugar). SmartSweets can now be found in 10,000 stores across the U.S. and Canada, including Whole Foods, Target, Bed Bath & Beyond and GNC (the company expects that number to double by the end of 2019). Bosch initially funded SmartSweets from her savings. The company says it has raised a total of $6.1 million.

"There's really no limit to what you can create," Bosch said. "The vision for SmartSweets from day one has been to become the global leader in innovating confectionery products that kick sugar. We're focused on innovating non-chocolate and just taking candy that consumers already know and love and bringing it back to their everyday lives."

Best Practices for Operating Your Business in a Rapidly Changing Market