Why I Redesign the Office Every Week

By Liz Elam
October 24, 2014
Opinions expressed by Entrepreneur contributors are their own.

Why do I persist in cajoling one of my long-suffering employees or a hapless friend into spending precious hours every weekend rearranging the furniture in my northwest Austin co-working space? By my count, since 2010 when I opened Link, the first of my co-working spaces, I've moved chairs, dragged desks and essentially redesigned the space at least 384 times. In Link's first year I rearranged the furniture layout every single night. At least now it's down to just once a week.

Does that sound crazy even to my "I'm the founder and I have a vision" ears? Yes. Is it disruptive? Yes. Is it the kind of disruption that brings benefits rather than headaches to my members? Absolutely. There is indeed method in this entrepreneur's madness.

The thing is, in my open co-working space business model, I don't want people to become territorial. Otherwise they won't reap the benefits of the open office model.

Related: The Serendipity of Collisions at Work -- Are They Really Just a Happy Accident? 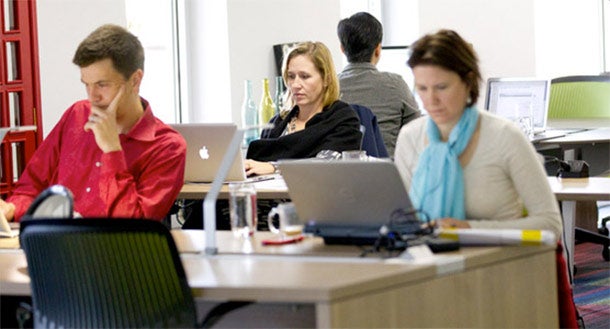 The bottom line is I'm trying to help people be as productive as they can be by keeping things fresh and bringing great energy into a space so that they will never feel in a rut.

By sitting in a different place every week, they will find it easy to interact with new people and be stimulated from gaining a new perspective. In a society where people are constantly interacting with devices, an infusion of a bit of human interaction can make people more productive.

Should not people spend some of their time engaging? They might learn something. Or they might find a shortcut fix to a problem that's been stumping them.

Related: 5 Tips for Authentic Networking in a Co-Working Space

Current research, from Steve King of Emergent Research, shows that successful independent workers rank networking skills among the top three factors that contribute to their success. Word-of-mouth ranked the highest among the ways these professionals typically procured their work.

These days amid all this disruptive rearranging, I follow basic design tenets developed over the years of my involvement in this industry. I pay special attention to layout, color, furniture choices, lighting and overall flow. For example, co-working advocates know people need a place to take their phone calls. 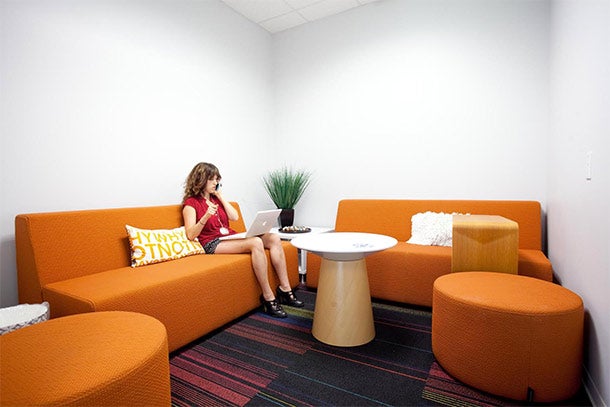 I've learned to never skimp on the following three design elements. Here are some ideas for anyone thinking about office design:

If a leader of an office doesn't want to sit in a certain chair for eight hours straight, team members won't want to either.

I'm preoccupied with light. People need and love natural light but I don't want glare on computer screens. That's why, even though there's a very generous awning on Link's building, I try to never place people with their back to the window. And I aim to give everyone a view.

I don't want the artificial lights to be too bright because everyone's working on a device that's illuminated already. And they're not just using one device. Usually they have two to four.

Here's a tip: If an office is short on natural light, there are amazing artificial lights available.

Thinking about placing a meeting room next to a bathroom? That's a big mistake. Anyone about to slap himself on the head can refrain. White noise can fix a myriad of design missteps.

Editor's Note: Entrepreneur Media is an investor and partner with AlleyNYC, a co-working space in New York City that competes with Link.

Related: How Much Is the Noise in Your Open Office Costing You?