Why These Founders Train Their Employees to Quit

Entrepreneurs Craig Handley and Tony Ricciardi built a business that's done more than $1 billion in sales in the last decade on the back of an unbeatable company culture.

Craig Handley and Tony Ricciardi started a company that speaks their customers' language—literally.

Their business, ListenTrust, is a bilingual, live-agent, English-Spanish sales and customer service company. When consumers need help in English or Spanish, there's a good chance a ListenTrust agent answers the phone and fixes the problem in either tongue.

In a decade, they've generated over $1 billion in sales for clients. They're on track to boost revenue by almost 60 percent over the next two years. And when disaster struck (twice), they saved the company from the brink—thanks to unbelievable hard work and perseverance.

It started when Handley and Ricciardi saw a gap in the call center market back in 2001: Spanish-speaking sales and customer service agents were rare. Few companies saw the need to communicate with Spanish speakers in their native language. But Handley and Ricciardi saw the demographic was a growing economic force—one that would want to buy, sell and receive service support in Spanish.

Fast forward to today: ListenTrust employs more than 1,000 agents who speak Spanish, English or both. Clients source ListenTrust to handle sales and customer service calls—and ListenTrust is good at selling their clients' products on these calls.

"We have skilled agents who deeply understand the sales process and how to sell our clients' products in Spanish and English," says Handley. He says these customer service calls consist of around 25 percent sales and 75 percent customer service inquiries, which he predicts will be 50/50 within a few years.

The result is happy customers for ListenTrust and its clients. So happy, the company is on track to do an estimated $17 million in revenue this year, a substantial increase from the $13.5 million achieved in 2016. That revenue comes from the money ListenTrust makes on a per minute, per hour, or performance basis for each call.

How has the company come from nowhere to dominate this market, despite experiencing every challenge in the entrepreneur's playbook? Their secret is a laser-focus on culture, both that in their company and of the Spanish-speaking market.

ListenTrust's company culture starts with a simple, and shocking, premise.

"When we hire you, we tell you exactly what we're doing: training you to quit," enthuses Handley. This isn't some BS corporate policy that employees secretly roll their eyes about. Handley, Ricciardi, and upper management work directly with employees to chart where they want to go in their lives and exactly how to get there.

The program targets six pillars of personal development from career goals to intellectual growth. The result is a clear blueprint for each employee on how to achieve their dreams and how ListenTrust fits into that picture. Employees then receive one-on-one mentorship, online training, and live events to get them there. 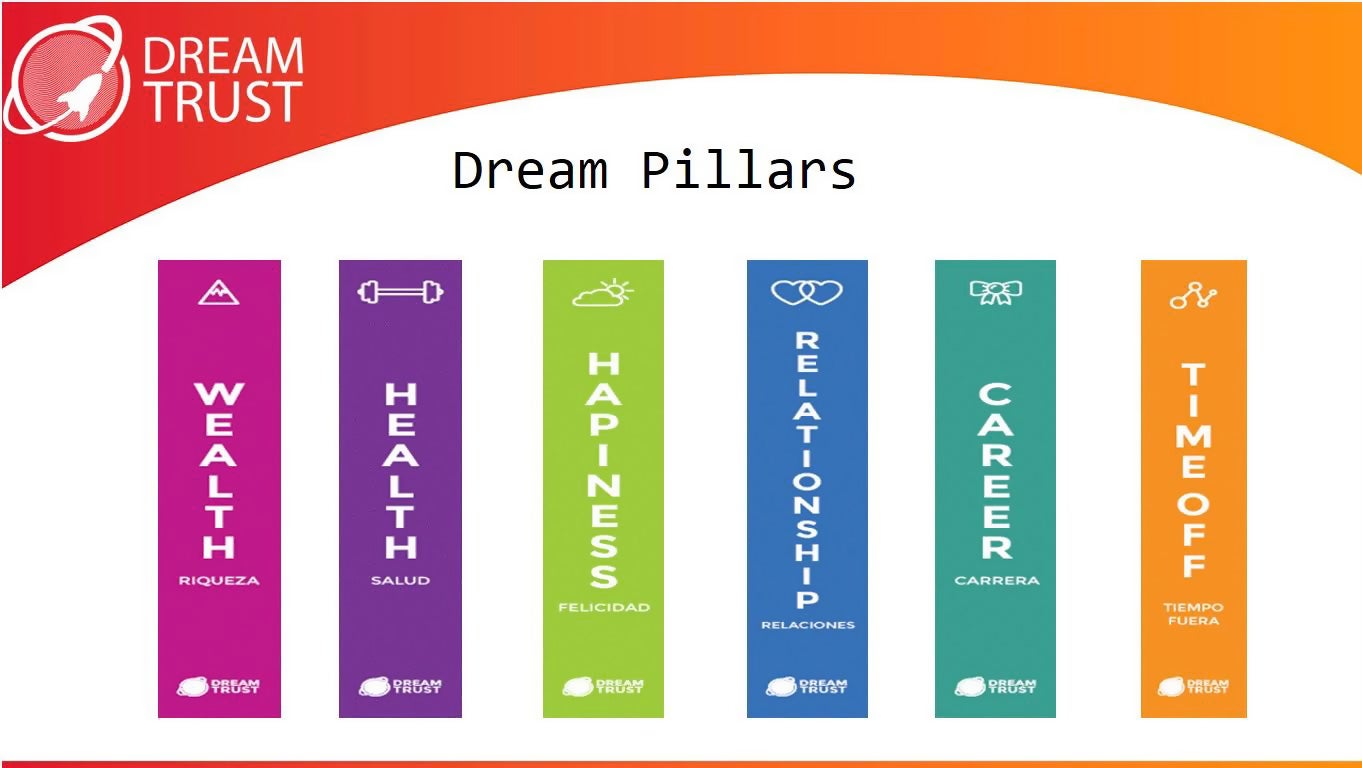 The result is positive and pragmatic.

"People see that the fastest way for their dreams to come true is to master our sales process and become an expert," says Handley.

The program is called DreamTrust internally, and it has created market-beating success.

With one client, ListenTrust outperformed significantly less expensive call centers in India and the Philippines. Even though they had a higher cost than those locations, they created enough revenue to add several million dollars in additional profit to their client's bottom line.

When ListenTrust moved into English-speaking call centers, they continued to dominate. The company took a campaign from another center doing $8 in revenue per call and within a month ListenTrust agents produced $24 per call on the same campaign.

"Even with live U.S.-based agents, competitors couldn't come within $6 of our revenue per call," says Handley. Handley and Ricciardi believe DreamTrust creates a competitive moat that competitors can't touch. "People think we're a call center," says Ricciardi. "But we're really providing positive ripples in everyone's lives that make them better in every area."

"Our turnover since starting DreamTrust has dropped from 24 percent to 4 percent," says Handley.

How to build a bulletproof company and culture.

"We've been working toward the culture we have now for over a decade," says Ricciardi. But it wasn't always easy.

Early in the company's life, Handley got blindsided by a couple of major client reversals. ListenTrust went from making $50,000 a week in profit to losing $70,000 a week, overnight. Handley literally lived out of the company offices in Mexico for months to turn the business around. 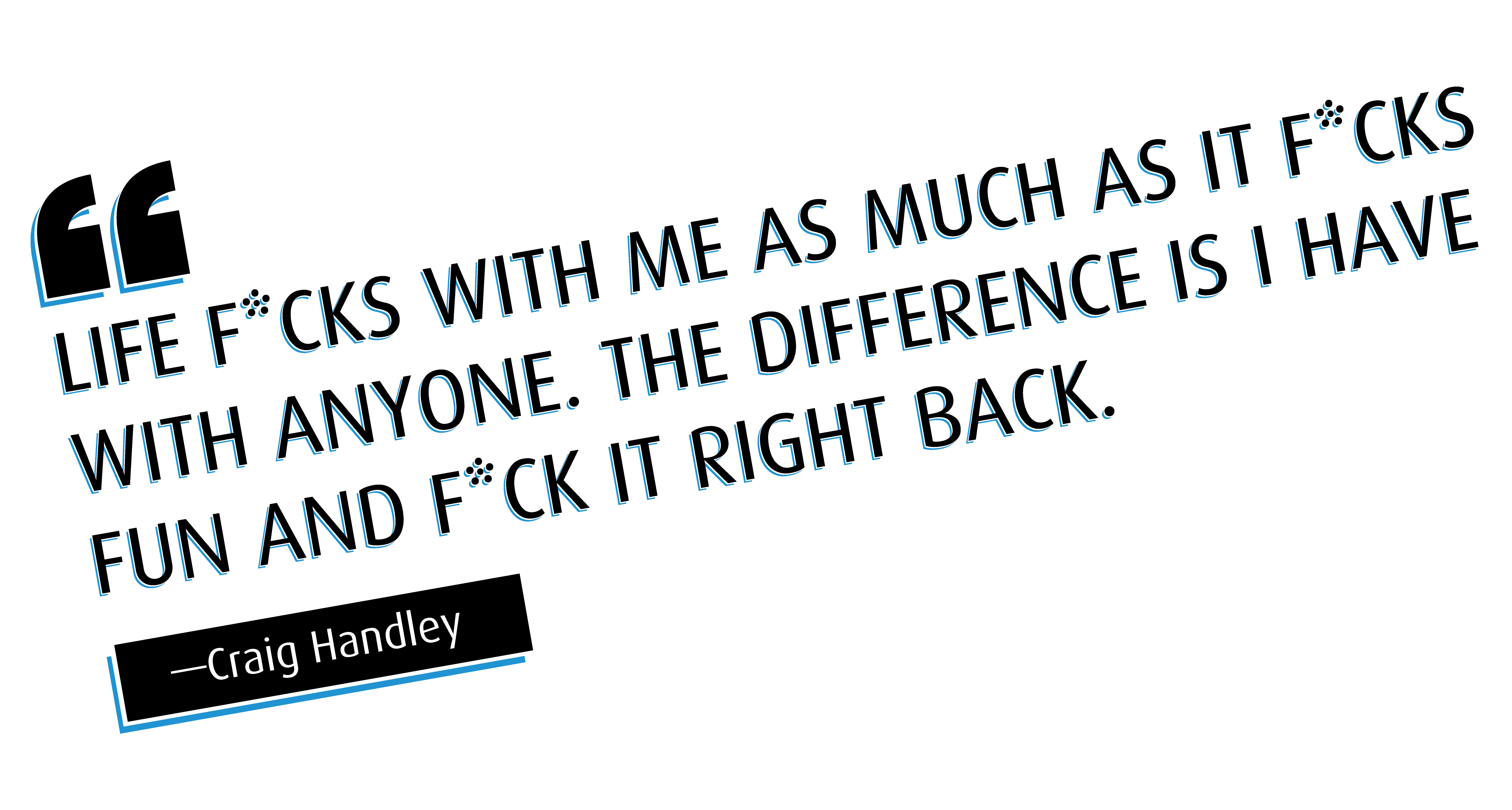 "We went to every one of our suppliers with extreme cuts," says Handley. ListenTrust's suppliers tried to negotiate, so Handley closed nearly all his supplier accounts.

"We had nothing to lose since we were going out of business if we couldn't turn revenue around," explains Handley. He let suppliers sit for up to two weeks, then told each they had one last opportunity to earn ListenTrust's business back. The strategy worked. Handley and Ricciardi shaved $4 million off its annual expenses and turned the company around. 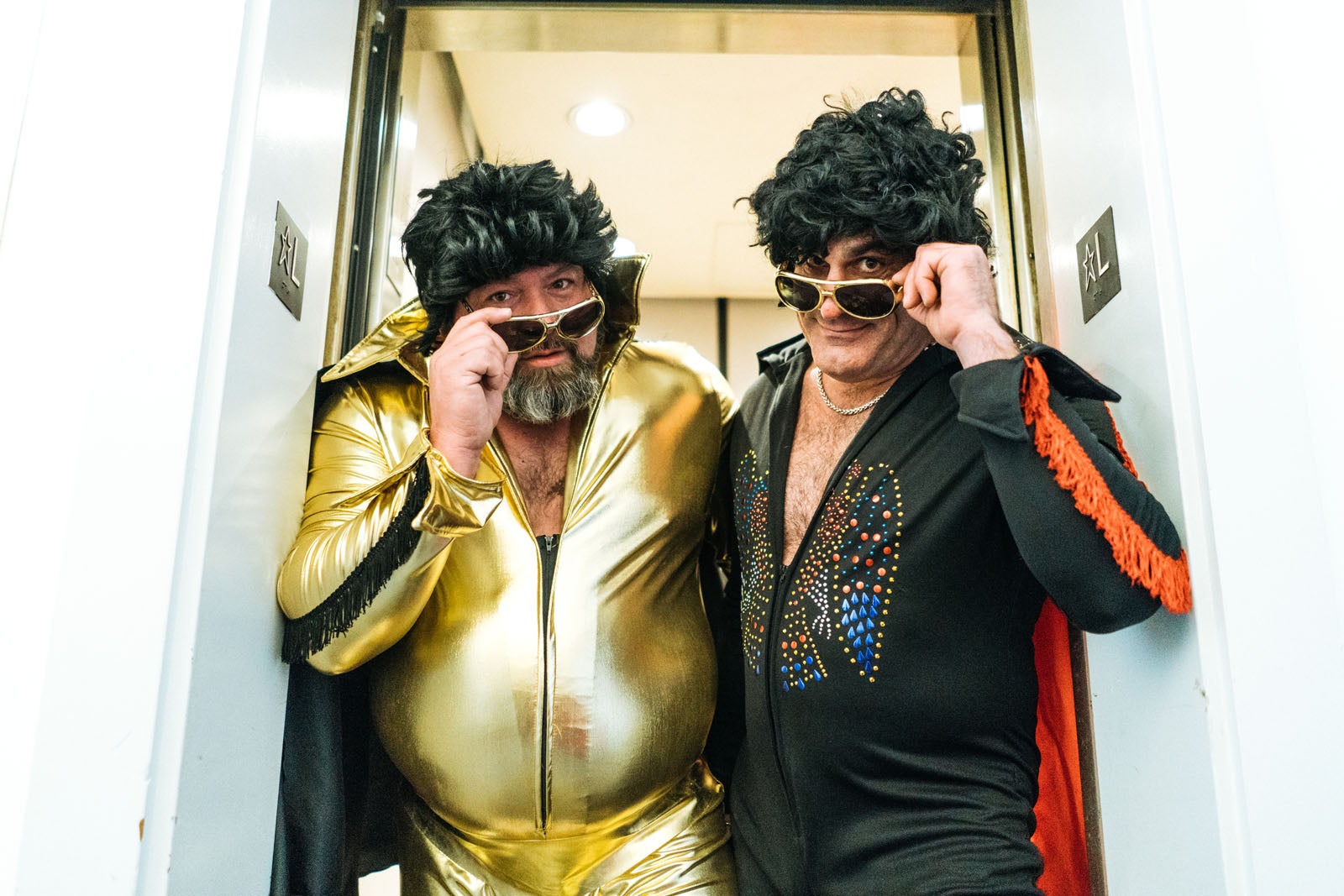 This type of hustle, resilience and good humor in the face of adversity are trademark Handley and Ricciardi—their personalities are the secret ingredients to the ListenTrust success story.

They laughingly describe themselves as "goofballs," and it's easy to get the impression these guys are having just too much fun while making money hand-over-fist. 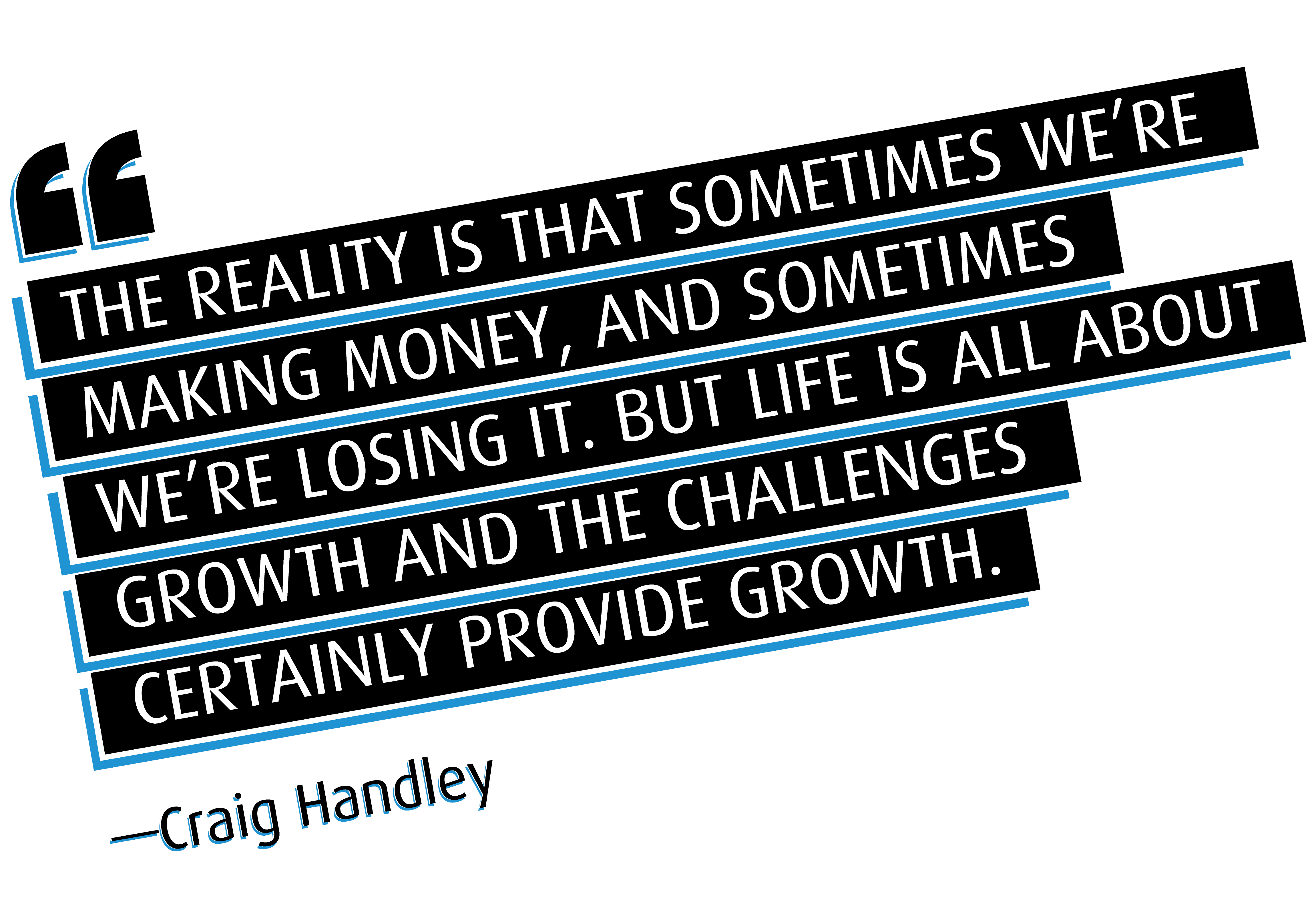 Handley is fond of talking about all his insane adventures. He's driven a snowmobile across a live volcano, jumped out of a plane from over 30,000 feet (one of fewer than 200 civilians to do so) and with his abiding interest in music, performed as the opening act at one of the concerts for the rapper Coolio. He even scored an invite to billionaire Richard Branson's private island after impersonating a security guard to get backstage at an event Branson was speaking at.

"I'm a strong-looking guy, so I dressed in something a security guard might wear and walked in the back, flashing a badge with a piece of paper stuck on it that said "Security,'" laughs Handley. "I walked up to Richard, handed him my business card wrapped in a $20 bill and said "This is the first $20 we're going to make together.'" Branson loved the approach. Handley's been back to Necker Island half a dozen times since.

Handley's no stranger to this type of fearless hustle. He got his start cold calling for customers in his mom's basement and failed his way through three different companies before striking gold with ListenTrust. His reasoning: if he can live the life of his dreams, anyone willing to work hard enough can too.

Ricciardi's background makes him just as passionate about building a company where employees can achieve their dreams. After previously working in toxic corporate work environments, he made it his career mission to create a bulletproof company culture.

But there was pushback against some of the firm's efforts to build an incredible culture—and it came from their own staff in Mexico. Employees didn't want to talk about personal issues with managers and executives, especially sensitive topics that might have related to their personal goals, like eliminating personal debt.

"Many people were guarded at first and didn't want to talk about issues like that," says Ricciardi. "You can't blame them. They weren't used to managers who cared about their personal goals and well-being." Handley adds, "A lot of companies in Mexico and internationally don't view or treat their employees like we do."

But over time, Handley and Ricciardi won. 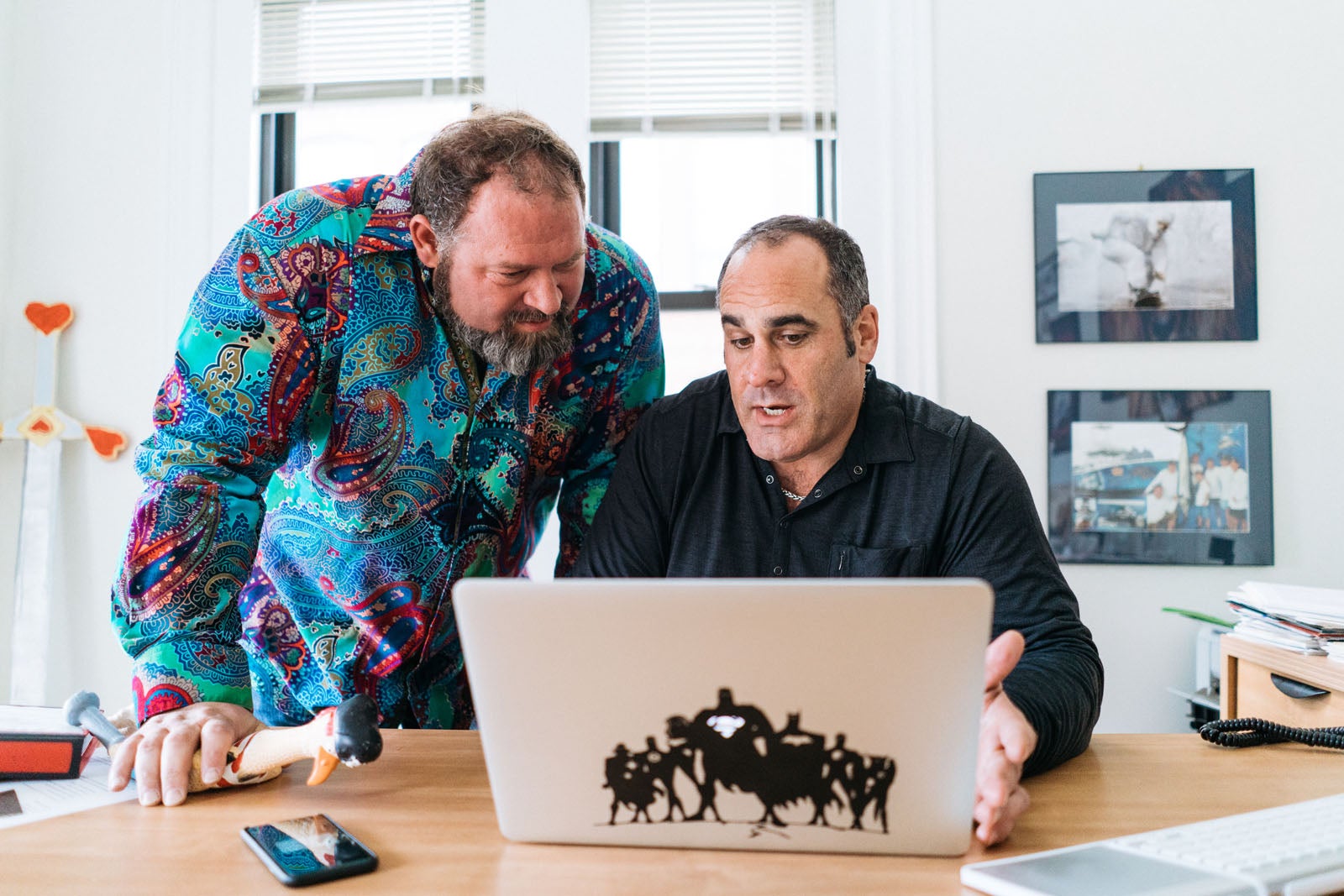 DreamTrust started to work as more people bought into the program's initiatives. With more employees bought in, Handley and Ricciardi had the excuse they needed to pursue their obsession with culture.

They quickly found out that their obsession was rewarding — personally and financially.

"Forrester Research came in to do a study to see how we could improve happiness. There were 45 total questions around things like the cleanliness of the building, our security, and the parking situation," says Handley.

It turned out that a raise of 50 cents an hour increased performance, but happiness stayed the same. Interestingly, giving that money to charity instead ending up improving both performance and happiness. Happier employees were found to have higher close rates. The lesson? "It was profitable to do good," says Handley.

Machine learning with a human advantage.

Today, ListenTrust is busy solidifying its diligently forged culture across every part of the company.

That's more important than ever, given the firm's growth trajectory. With advancements in machine learning and artificial intelligence, Handley and Ricciardi see the future of the call center business as one where humans and machines work hand in hand to provide better service. "We believe AI, predictive models, and algorithms are really going to change the type of calls we're going to handle and how those calls are processed," says Ricciardi.

This technological shift could help the company better identify who wants to buy and who doesn't and tailor offers appropriately for the best possible outcome. That means better service and prices for customers. 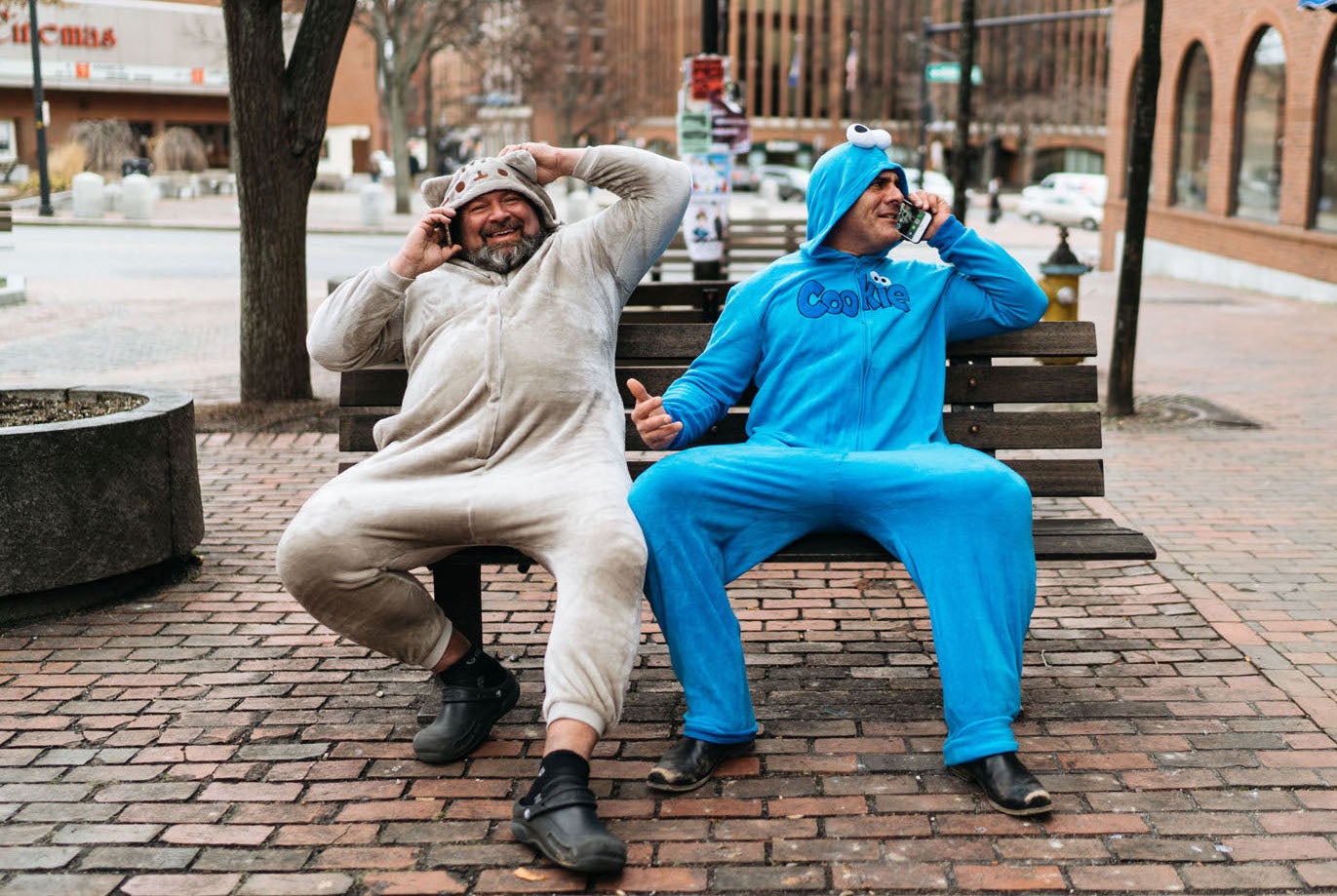 It's an advantage that shows no signs of abating. "When you ignite something, the fire gets stronger. We're on fire," adds Ricciardi.