5 Ways Entrepreneurs of Color Can Determine an Ally's Authenticity

Many BIPOC entrepreneurs have been inundated with messages from well-meaning "allies." Here's how to identify genuine allies and build positive relationships.

Entrepreneurs of color — particularly black entrepreneurs — have faced myriad tragic events this year, from their communities being disproportionately affected by the global health crisis, to struggling to receive government loans for their businesses, to triggering events like multiple murders of black people around the country.

As protests around the world have drawn renewed attention to the hardships facing the black community, some black founders have been inundated with new customers and followers. It could mean they've seen a dramatic uptick in social media followers, an increase in revenue or are hearing from overeager "allies" who wouldn't take their meetings before but are now offering their unwavering support. 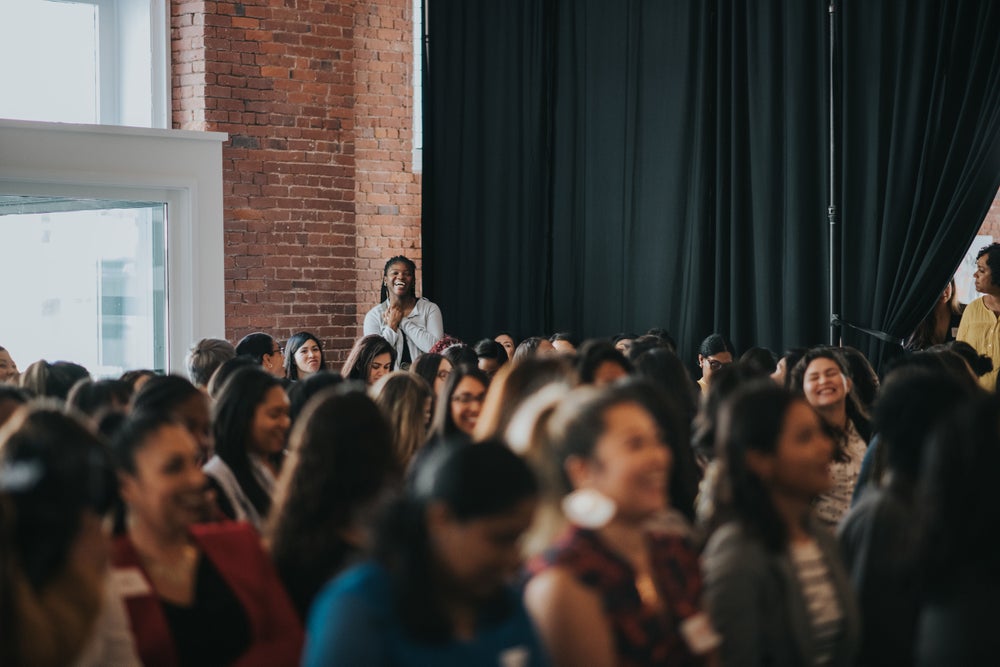 Image credit: Future For Us

"Receiving a rush of followers for work you've been doing for years to address diversity, equality and inclusion was vindicating," said Karen Okonkwo, co-founder of TONL, a black-owned stock photography company. "On the flip side, by day four, we started to see a decline in views and engagements. This signaled to us that these are not authentic followers."

So, how do you distinguish between what's authentic and disingenuous?

I am an Indigenous (Native Hawaiian) female-identifying founder who has been helped and hurt by white women while building my career. As the CEO and co-founder of Future For Us, a national community platform dedicated to advancing women of color at work, I've been deluged recently with emails from "allies" wanting to engage. I am confident that my black colleagues leading similar community-driven businesses like Ethel's Club and Balanced Black Girl Media find themselves in a similar position.

The increased interest in businesses founded by Black, Indigenous and People of Color is a problem and an opportunity. One of the most important questions I'm asking myself right now is: How do I balance the need for investment dollars and additional resources that will benefit my community members with the need to protect the integrity of the organization and the future and trust of my members?

Related: How Should You Be Talking With Employees About Racism?

The most important step a BIPOC founder can take is to assess whether the allyship support being offered is predatory, performative or authentic. Once you uncover the motivation, you can develop sustainable, healthy boundaries in which you control terms of support that are actually in your interest.

How do you know what to look for in an ally, and how can you best leverage these new relationships to forward the mission and impact of your company?

Does the ally have visibility in your industry or to key business leaders, venture capital firms and companies that benefit you?

Look for allies in positions of power who can offer opportunities for advancement and introductions to decision-makers, investors and leaders who can open the doors to funding and resources that will help you start and grow your business.

Has the ally supported other BIPOC founders in the past?

Align with an ally who consistently showcases other founders who look like you and who share similar values. Research their history of previous investments. Follow the money, not the lip service, because leaders invest their money in other leaders they truly believe in.

Does the ally have diverse representation of leaders on their executive-level team or board?

Does the ally have a track record of hiring and promoting people of color into leadership, in particular women of color? Work with an ally who walks the talk and models the behavior that aligns with your values.

Does the ally donate to or support black-led organizations?

The more engaged this ally is inside and outside of their own organization, the more you may have an opportunity to tap into their diverse network for additional resources and introductions.

Does the ally have an action plan for their own self-development and anti-racism work?

Allyship needs to be consistent and sustained with accountability measures, systems and processes to really make a lasting impact. An effective ally will be invested in you. Their success will be bound to your success. Set goals and hold them accountable for making progress against those goals, especially when it comes to their anti-racism work.

An ally looks for and enforces opportunities at different levels, and it's important that, as an underrepresented founder, you leverage opportunities to align with allies who will show up for your business and your values as much as you do yourself.

Co-Founder, Future For Us

Sage Ke’alohilani Quiamno is an award-winning entrepreneur, speaker, and changemaker. As co-founder of ​Future For Us​, Quiamno has galvanized a nationwide movement to build a future of work reaching new levels of growth through diversity, equity and inclusion.