By Nick Leftley
February 22, 2017
Opinions expressed by Entrepreneur contributors are their own.

Once your business evolves from its startup phase and into a functioning company, you're going to be relying more and more on your leadership skills to keep the ship moving in the right direction. Leadership is a tough gig, but fortunately there is one group of people who have demonstrated the requisite skills time and again: Supervillains! 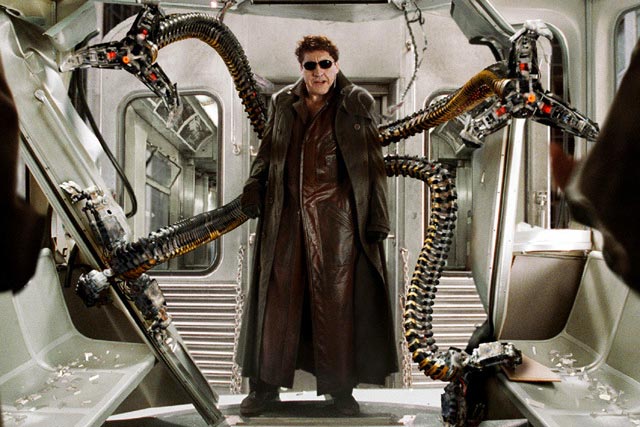 1. Demonstrate your ability to diversify.

It's great to be really good at something -- in fact, that's probably what got you where you are today. But if you want to continue being successful, you'll need to be prepared to understand and be able to contribute to other fields. You'll be hiring a staff with various diverse skill sets, and you need to understand every one of them.

Take Doctor Octopus, for example: Despite having a background in nuclear physics and academia, he quickly learned to branch out into such disparate areas as bank robbery, kidnapping and murder. It's a truly inspirational story! 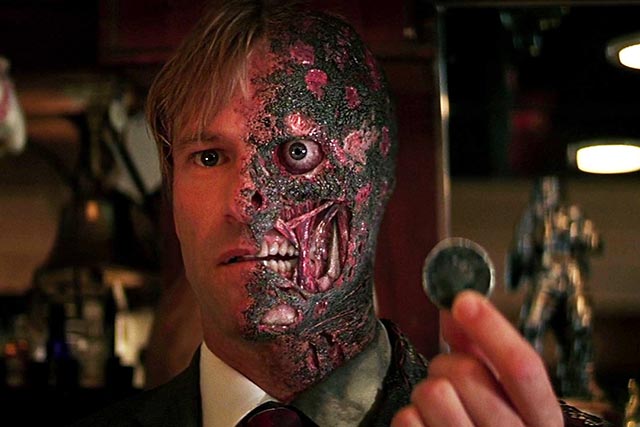 2. Make sure everyone understands your HR policies.

With increasingly blurred lines between that startup environment and the more professional company your business is on your way to becoming, it can be hard for employees to know exactly where they stand on simple office etiquette. With businesses generally adopting a more informal workplace, it's more important than ever that you -- and your HR department -- make everyone aware both of what you expect from them, and the fair, impartial way you enforce those rules.

This is a feature of employment that Two Face's staff have always respected, with a clear-cut, well-defined decision-making process in place to decide how a transgression should be handled. A coin flip might not be the best way for everyone to decide whether to forgive an employee or shoot them in the face with a .22 caliber pistol, but it's admirably effective in its simplicity. 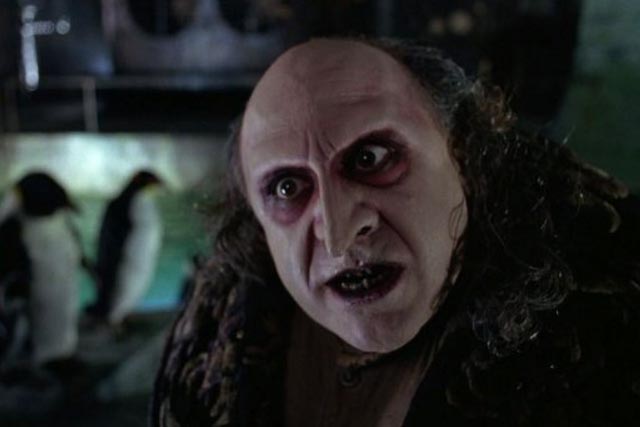 Everyone started small at some point -- even Apple began life in a garage (sort of). Don't let the modest scale of your current enterprise deter from you from the end game, or your staff won't feel like sticking around for the ride.

Look at Oswald Cobblepot, better known as the Penguin: Did he let his relatively low-key position as leader of a band of circus-themed sewer thugs stop him from being a serious candidate for mayor of Gotham City? No, he did not. This is a lesson you can see being applied even today, as Donald Trump whips up his own gang of carnival sideshow freaks to possibly carry him into the White House.

Related: 7 Lessons on How Not to Lead From 'Star Wars' Bad Guys 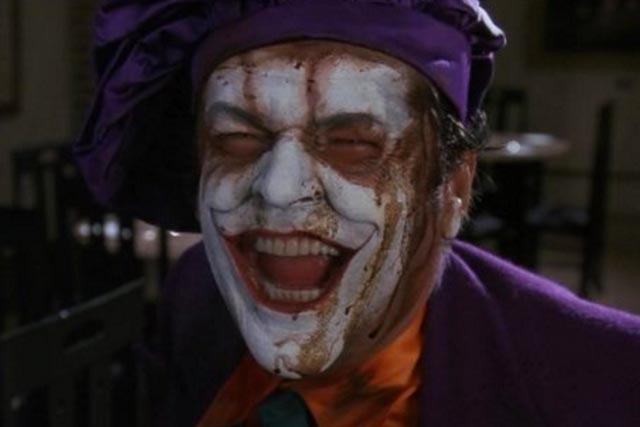 4. Synergy is your friend.

Whatever new fields your company attempts to enter, there should always be a drive to make it feel cohesive -- to feel that, despite diversifying, it all makes sense as one whole for your company. Your task as the head of the operation is to be the lynchpin for your employees, to show them how two seemingly different ends of the business can work in harmony.

This is perfectly demonstrated by the Joker, who always manages to tie various enterprises together in one conscientiously branded effort. From simple robbery and arson to more complex ventures such as poisoning the population of a major metropolis with toxic laughing gas from parade balloons, it all ties together neatly with him as the figurehead. 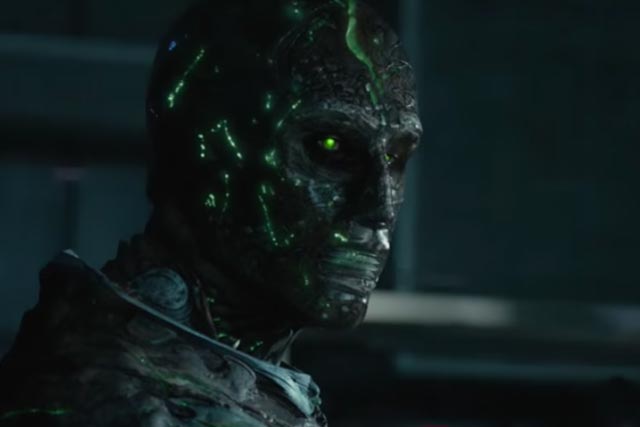 You need to be a spokesperson for your brand 24/7. People will sniff out a phony very quickly, so it's vital that you truly embody what it is you want your business to become.

No one demonstrates this ability better than Doctor Doom. His overall enterprise is surprisingly complex -- he is, after all, a technological genius with powerful magical abilities who splits his time between being the tyrant ruler of a small Eastern European country and attempting total domination of the known galaxy and beyond -- but he deftly weaves all of this into his signature look of scowling space armor under a green wizard's robe. By never straying from that persona, his staff can always feel confident that he's not just the brand's leader -- he's also, in many ways, its inspiration. 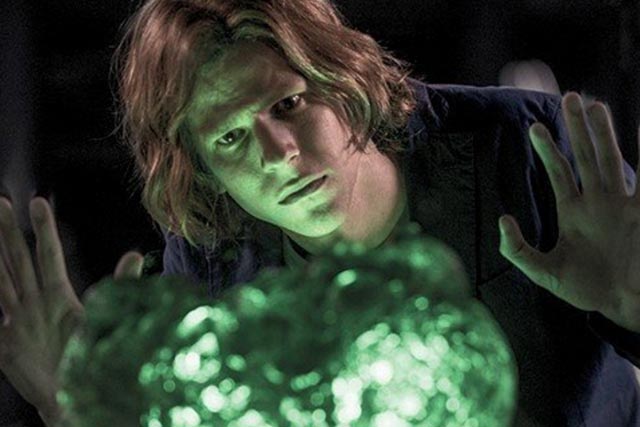 We live in an age where everything and everyone is connected. The Internet of Things is a reality, and if your company can't provide a product or service that people can access or use from wherever they are, your business may well fail. That's why understanding every advance in technology is more vital than ever before, and just as important, ensuring your staff are confident in your tech savvy to lead them in the right direction.

Lux Luthor, despite being the CEO of an incredibly successful company, is always extremely hands-on when it comes to his R&D department, whether it be for new satellite components, smartphone software or a giant cyborg gorilla genetically engineered to shoot Kryptonite laser beams from its eyeballs. Can you say the same? 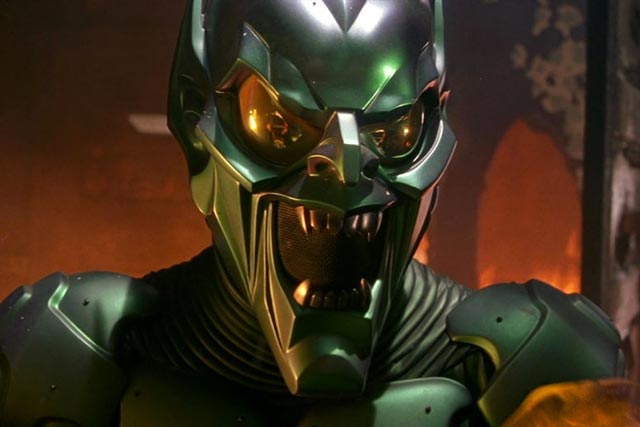 7. Show that you have a life outside of work.

It can be incredibly intimidating to work for a company where the boss is a relentless workaholic. What sort of future can they expect with you if they feel obliged to be constantly plugged in?

Norman Osbourne sets a good example to his employees by striking just the right balance between working hard and playing hard. Sure, he spends long working hours running an incredibly successful scientific development business, but he never neglects his off-hours hobby of dressing up as the Green Goblin and trying to murder Spider-Man's girlfriend by throwing her off the top of the Brooklyn Bridge. 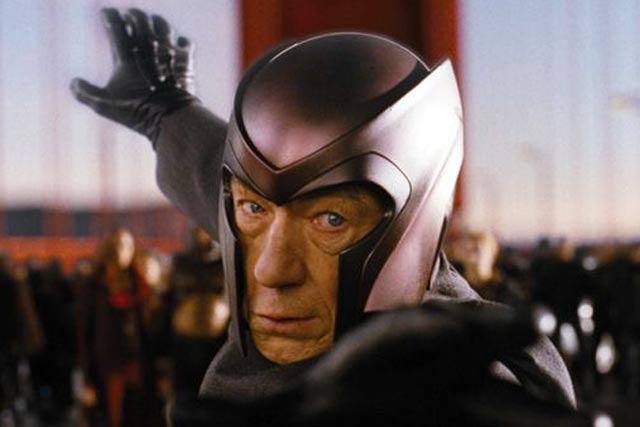 You're going to get knocked down a few times in this world, but if you want your employees to continue having faith in your company, that strength of belief has to come from you. It's your job to make them believe in their work.

Magneto has been thwarted in his attempts to eradicate human beings from the face of the planet time and again, but he's always able to inspire his staff to follow his next business venture. Are your employees motivated enough to help you hurl a giant asteroid at the Earth? That's a question every CEO should be asking themselves.