Researchers ranked the largest metro areas in the U.S. by income premium for founders, compared to that of their 9-to-5 counterparts.

For many U.S. entrepreneurs, success may be synonymous with the southwest.

That's according to an analysis of 2018 U.S. Census Bureau data, which found that with a median annual income of $50,000, full-time entrepreneurs in many parts of the U.S. aren't making more than their 9-to-5 counterparts — in fact, they're generally bringing home less than full-time nonprofit and government workers.

But the analysis, which was conducted by online LLC service ZenBusiness, also highlighted the large metro areas home to America's "most successful" founders, and southwestern cities like Salt Lake City, Denver and Las Vegas won top billing. Researchers ranked the areas by their income premium for entrepreneurs, or the percentage difference between the median annual income for full-time entrepreneurs and that of all full-time workers. In those select locations, the average median income for entrepreneurs breaks $55,000 — about $6,000 more than that of other full-time workers.

Salt Lake City came in first place with a 24.5 percent income premium for entrepreneurs, followed by the Denver-Aurora-Lakewood metro area of Colorado, where about one in 10 workers is an entrepreneur (defined in this case as a self-employed worker with an incorporated or unincorporated business). Other metro areas ranked in the top 10 include Las Vegas-Henderson-Paradise, N.V., Memphis, Tenn., and San Antonio-New Braunfels, Tex.

For a more detailed breakdown of the results, take a look at the infographic below. 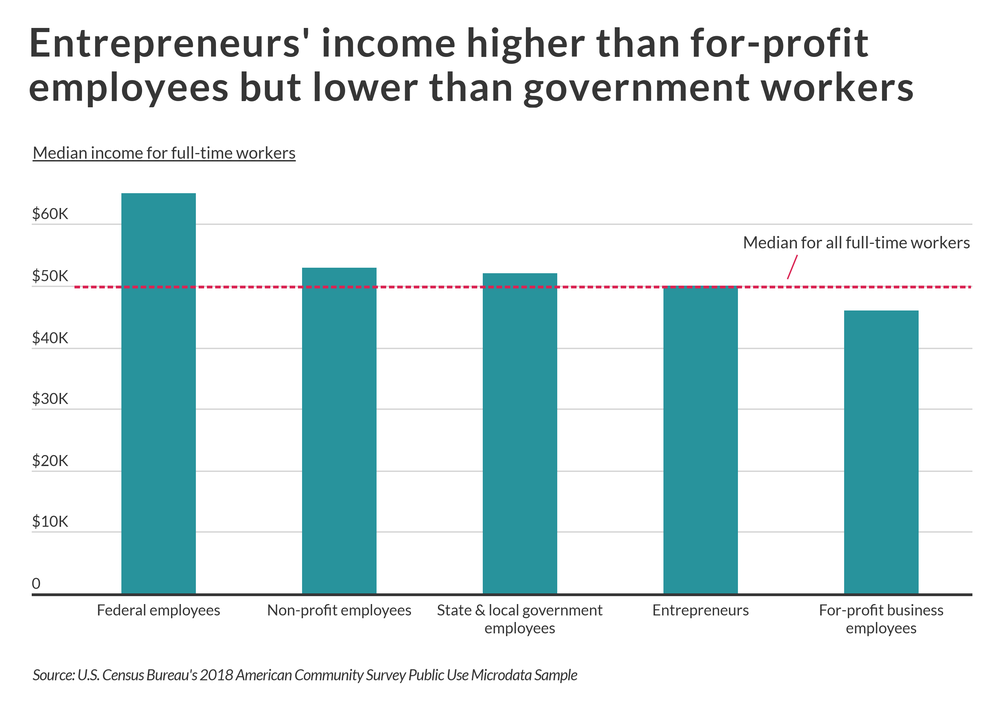 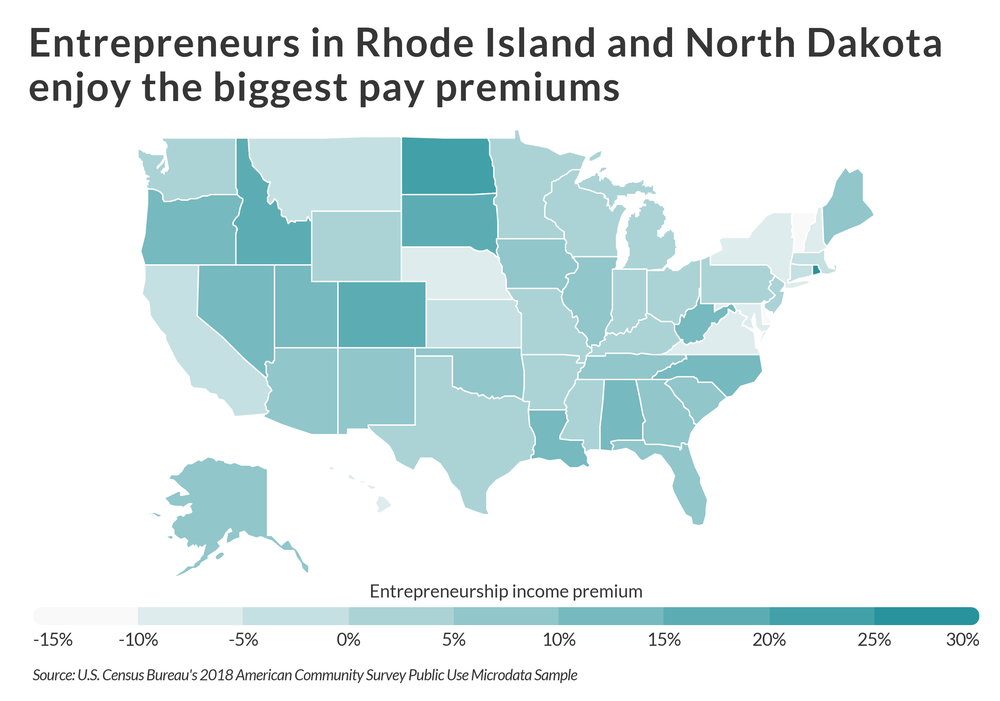