The proposed 'SOPA' bill aims to put an end to online piracy, but those who oppose it say it could have negative implications for small businesses. 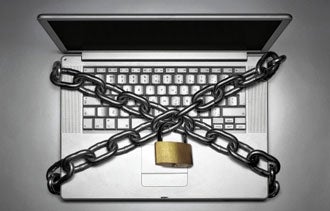 A bill in Congress that aims to punish "rogue" websites that publish or sell pirated content could potentially harm small businesses as much as it could help them.

So far, the bill has gained support from major entertainment industry players including the Motion Picture Association of America. During a Congressional hearing this week, MPAA senior executive vice president Michael O'Leary argued that these rogue websites negatively affect the revenues of major Hollywood studios as well as the "95,000 small businesses across the country involved in the production and distribution of movies and television."

But while the SOPA bill could provide added protection for some small businesses, such as those in the entertainment industry, those who oppose the bill argue that the potential downsides outweigh the benefits. "While you're trying to protect people who have innovated in the past by giving them an additional level of protection for their intellectual property, in doing so you risk penalizing the innovators of the future," says Andrea Matwyshyn, assistant professor of legal studies and business ethics at the University of Pennsylvania's Wharton School of Business in Philadelphia. "You create a more constrained innovation space in an environment that's more hostile to IP."

Entrepreneurs -- especially those who are or plan to aggregate or remix content, or share content in new ways online -- should pay attention to how the SOPA bill plays out in Congress and what the consequences will be, Matwyshyn says. No specific timetable has been set for a vote, she says.

This week, tech giants including Google, LinkedIn, Facebook, Yahoo, Twitter and AOL collectively voiced opposition to the bill, writing a letter to the Committee on the Judiciary. As currently written, the SOPA bill would allow copyright holders to obtain court orders to disallow other companies from doing business with the sites that are alleged to be in violation of copyright. It could also force search engines and domain registries to censor the infringing sites. The companies argue that the bill would undermine the intent of the Digital Millenium Copyright Act, which reduces the liability of online companies -- large and small -- that act in good faith to remove infringing content from their sites.

A similar bill, called the Protect IP Act, passed the U.S. Senate earlier this year but was effectively put on hold by Sen. Ron Wyden (D-OR), over its potential to "muzzle speech and stifle innovation and economic growth," he said.

When a statute has a "heavy-handed approach" such as SOPA or the Protect IP Act, there is potential that individuals or companies with deep pockets will leverage their legal expertise and the legislation to eliminate the ability of new entrants into the IP space with novel business models, Matwyshyn says. "There's a relatively clear consensus, in at least some corners of the legal community, that this is not the best way to achieve the goals that Congress is aiming for," she says.