How These Vet Entrepreneurs Are Bridging America's Civilian-Military Divide

This Veterans Day, perhaps it's time to reconsider the well-trodden, "Thank you for your service.'

While that may be an authentic sentiment, explains 24-year-old Active Duty Officer and entrepreneur Emily Núñez Cavness, it can also serve to reinforce a stark divide between America's military and civilian populations.

"I think if we could just move one step beyond and continue the conversation to what these service members' experiences involved, what it means to them and what it means to their communities now that they're back -- that's really where that spark can happen," she says.

America's disengagement from its armed forces was top of mind at a symposium held in New York City last week. Hosted by the non-profit Got Your 6 (which is military shorthand for "got your back"), a handful of veterans debunked common stereotypes -- including the perception that all service members are "broken heroes' requiring pity and praise.

Related: Calling All Vets: How to Transition From Military Service to Entrepreneurship

Presenters also discussed how they channeled their military proficiencies and experiences into dynamic careers in the civilian sector.

Take Cavness, for instance. As an Executive Officer in the 10th Special Forces Group based in Colorado Springs, Colo., she is also the founder of Sword & Plough, a fashion startup that has its roots in veteran activism. The company designs stylish bags and accessories made from upcycled military surplus materials, which are constructed by veteran-run manufacturers. Ten percent of profits are donated to veteran organizations. 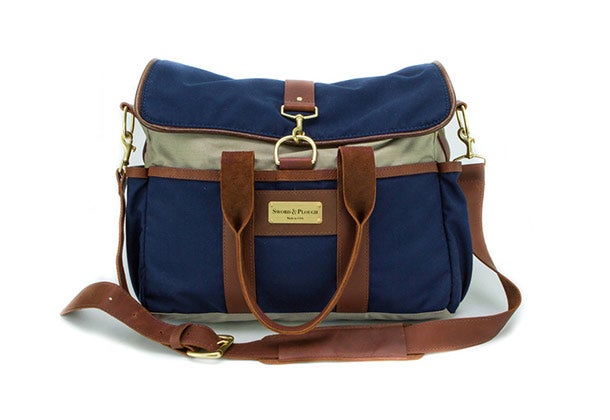 Having conceived the social enterprise in college at Middlebury, Cavness knew she was onto something almost instantaneously. Her $20,000 Kickstarter campaign was funded in just two hours.

And the skills she is currently honing in the military -- such as scheduling, leading meetings and issuing deliverables -- can be directly applied to her work at Sword & Plough, "sometimes even later that day," she says.

Related: Franchise Players: This Man Signed His Franchise Agreement While Serving in Baghdad

Available online, Cavness is now seeking brick-and-mortar retail partnerships in the hopes that wider visibility for the products will help to spark more conversations about the civil-military divide.

Watch Cavness speak to the issue in greater detail below:

If the military's emphasis on discipline and order feels like a far cry from the wistful whimsy of Silicon Valley, meet startup Svengali Don Faul.

Faul, a veteran of the U.S. Marine Corps, has held positions at Google and Facebook, where, as one of Sheryl Sandberg's first reports, he earned a reputation for being one of her "star" employees. Today, Faul serves as head of operations at Pinterest.

But the road from the Middle East to Silicon Valley was replete with obstacles, he says. Though he was a self-proclaimed "gadget geek" and engineering major in college, Faul's initial meetings in California were met with discouraging feedback, he says. "I pretty quickly came to the conclusion that the experiences and skills that I'd learned in the Marine Corps weren't necessarily relevant in tech." 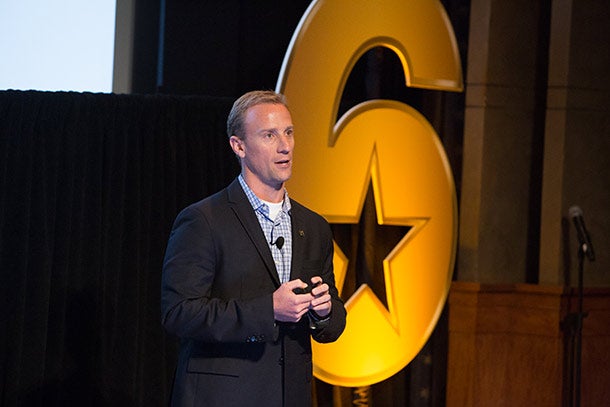 Don Faul
Image credit: Got Your 6

Taking a step back, however, Faul realized his unique advantages. Whereas the initial phases of inventing a product required a visionary mindset and tech competencies that perhaps eluded him, Faul saw that subsequent phases necessitated an entirely different skillset.

Related: 10 Things Veterans Want Hiring Managers to Know About Them

"Now it's time to think about a broader organization that can really scale, that can build a business around it, that can support customers, that can generate revenue," he said. Though perhaps less glamorous, this next phase of growth fell squarely within his wheelhouse.

"I believe that leadership is universal," Faul concluded. "The skills and experiences that I learned in the Marine Corps were just as relevant at Facebook, Google and Pinterest as they were on the battlefield."

His was a sentiment echoed by special guest speaker John Oliver, host of HBO's Last Week Tonight, who himself is married to an Iraq army vet. Oliver explained that misconceptions about America's armed forces run deep, given that "this is a country with troops deployed overseas who've been involved in wars for the last decade and we've not engaged with that."

Nevertheless, Oliver is working in his own way to shift the tide. "We have a bunch of veterans who have worked on our show because they will do anything," he explained. "If you've dealt with things in a war zone, dealing with problems at a TV show is not going to be a problem for you. I think it's important that people understand how transferrable skills are from the military into civilian life."

Related: Thank You for Your Service -- 4 Business Funding Programs for Veterans