How to Break Bad News to Employees

By Nadia Goodman
August 23, 2012
Opinions expressed by Entrepreneur contributors are their own. 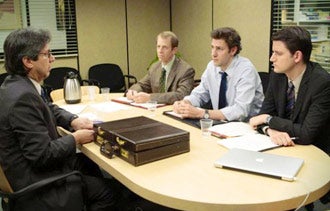 No matter how many times a business leader has to fire an employee or deny a bonus, having tough conversations doesn't get any easier. However, you can increase your confidence and maintain strong relationships by learning to lead the conversation respectfully and productively.

"You want to convey the information in a way that the person can hear, learn from and act upon," says Ben Dattner, an organizational psychologist and founder of Dattner Consulting. "Not in a way that's going to make them shut down."

Ultimately, you want to show respect and sensitivity to their circumstances and feelings. "If you make them feel like a valued, autonomous agent, you are much more likely to have a willing participant who will make an effort to solve a problem, rather than someone who will be your enemy," Dattner says.

Next time you have to have a tough conversation with one of your employees, try these steps to help you lead the conversation effectively.

Related: Five Problem Employees and What You Can Do About Them

2. Allow a balance of power. When you're bringing up a tough issue, first allow the other person to explain the rationale for their behavior. "Give them some power in the conversation," Dattner says. If you show that you're willing to listen, they'll be less likely to respond defensively. "You don't want people to feel threatened or backed into a corner," Dattner says.

3. Focus on a specific incident. Commenting on someone's general patterns can feel like a personal attack, so be specific about when and where the concerning behaviors occurred. "The more specific you can be, the less accusatory you'll seem," Dattner says. For example, if you feel that someone's behavior is lazy, avoid the general observation and focus on one specific, recent moment that warranted improvement.

4. Phrase your concerns as observations. When bringing up a sensitive topic, acknowledge that your perspective is subjective. "Present any issues as your perceptions, not as absolutes," Dattner says. Framing problem behavior as an observation leaves less room for argument. Just be careful that you only offer room for negotiation if you are actually willing to consider the other person's input. If the topic is not negotiable, such as firing or demotion, be firm and direct without leaving room for debate.

Related: Can You Be a Tough Boss Without Being a Jerk?

5. Put the situation in context. If you're addressing a problem such as a missed sales goal, talk about the circumstances that created that outcome. "Rather than suggesting they didn't hit the numbers due to laziness or lack of talent, bring up the mitigating factors," Dattner says. "Perhaps it was a tough economy or they didn't have enough support." Not only will you be more likely to avoid the same problem in the future, your employee will have greater motivation to improve. Essentially, you're holding them accountable without attributing blame.

6. Create a learning opportunity. Once you've explained the issue, focus the conversation on how to learn from the experience and move forward. "Try to let (the issue) be part of a process, rather than a done deal," Dattner says. Even if you're firing someone, you can help them learn from their mistakes. Dattner suggests that you offer specific advice about what someone might have done differently so they can take that knowledge with them into their next job.