Self-employed individuals represent about 10 percent of all U.S. workers, according to an analysis. Here's where they're concentrated.

Good news for entrepreneurship, bad news for entrepreneurs who don't want any market competition: We're experiencing the highest level of entrepreneurial activity recorded in the last two decades, according to a data set published by the Ewing Marion Kauffman Foundation in 2019. There's been an uptick in 55- to 64-year-old entrepreneurs launching businesses by choice rather than necessity, and in 2017, the share of startups founded by immigrants was double that of native-born entrepreneurs. And if you recently took the leap and started your own business, the numbers are in your favor: About eight in 10 early startups survive, and that number remains largely unchanged since 2012.

But what does the map look like in the midst of this entrepreneurship boom? Where are the founders located, and which cities' economies are they affecting? Ex-Uber CEO Travis Kalanick's new startup, CloudKitchens — a real estate company pairing delivery-only restaurants with home-base kitchens — recently published an analysis of the "most entrepreneurial" cities in the U.S. after crunching the numbers on Census Bureau data, specifically the organization's 2017 "American Community Survey Public Use Microdata Sample." The methodology involved calculating the percentage of self-employed workers (whether via an incorporated or unincorporated business), as well as using the sample data to denote median total income and the most "overrepresented" industry in entrepreneurship.

The New York, Newark and Jersey City region ranked 15th, with self-employed individuals making up 10.5 percent of workers. The median total income for full-time self-employed people was $55,000. As for top billing? The number-one spot went to the region encompassing Miami, Fort Lauderdale and West Palm Beach, Fla., with a self-employed worker rate of 15.6 percent and a $40,000 median total income. Read on for the rest of the list. 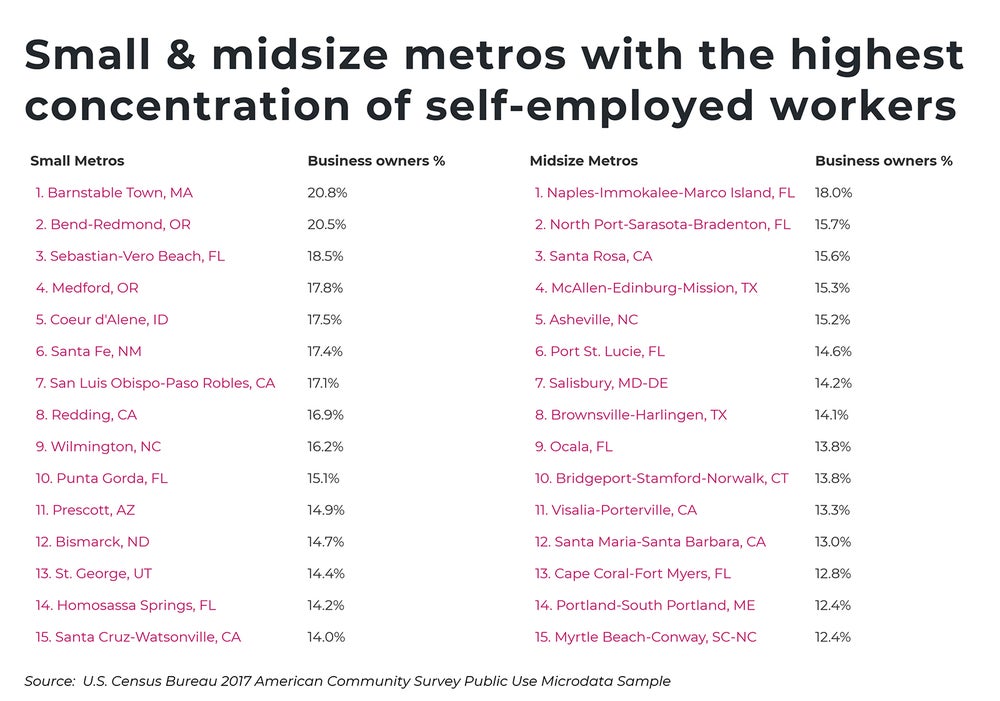 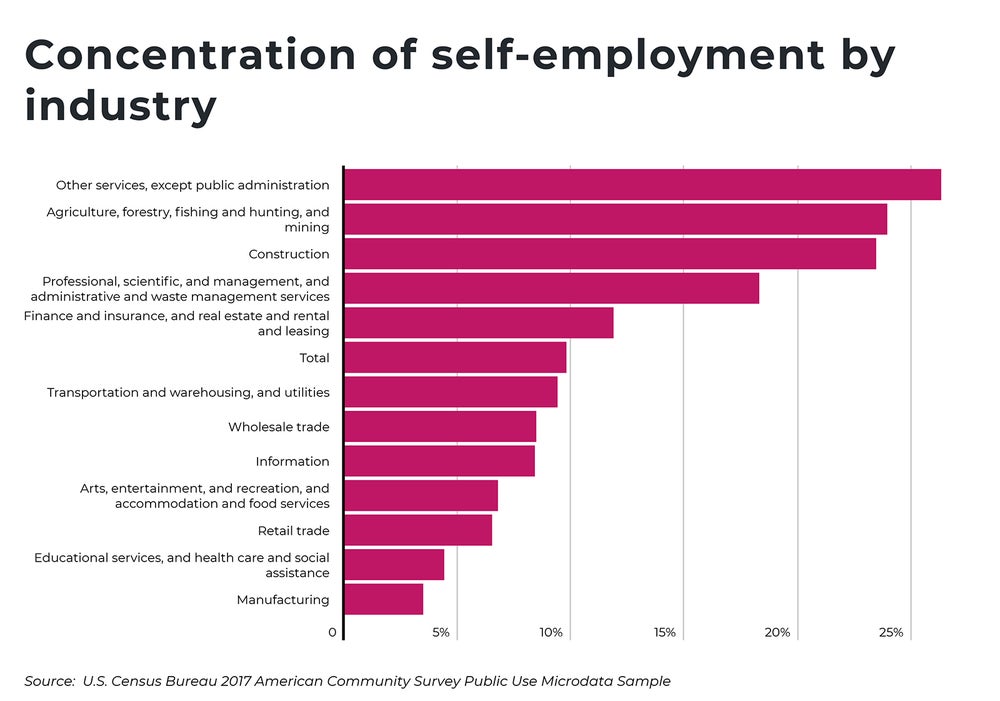 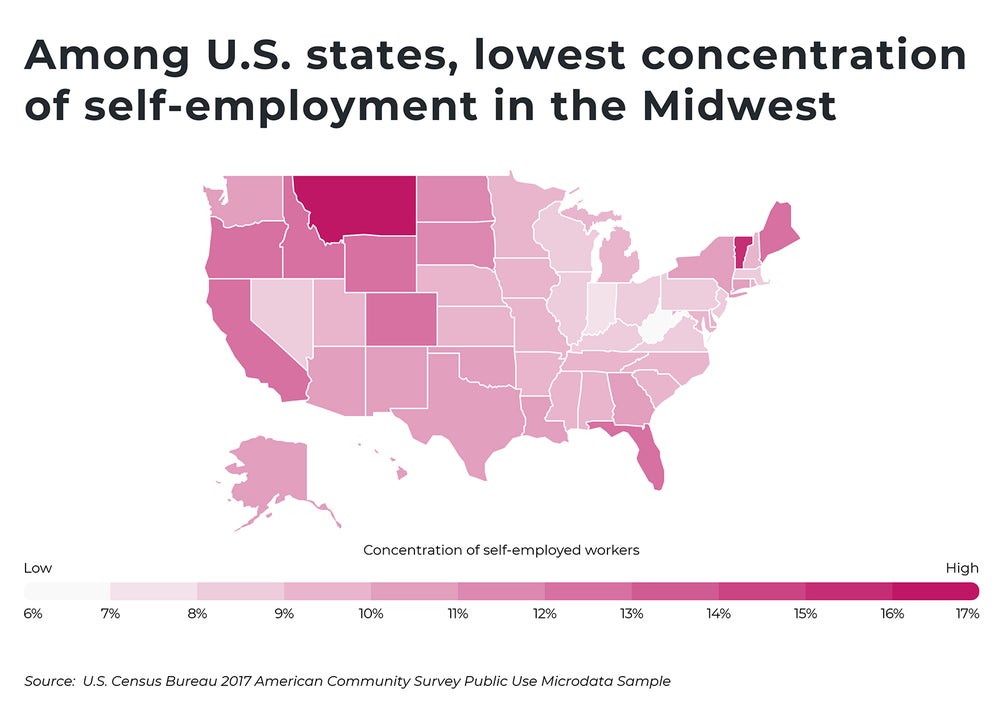