Jennifer Fisher Started Her Jewelry Line to Answer a Parent's Need. Oh, and She Was That Parent.

When she created a necklace with her son's name on it, friends, family and strangers wanted one just like it. So, Fisher started a company.

Jennifer Fisher launched her eponymous jewelry line in 2005 with a necklace design that fufilled a parent's desire to purchase a necklace customized with her infant son's name. Fisher was that parent; and she's since started a brand to fulfill other parents' jewelry needs as well as offer luxury pieces. She's also opened a flagship store on New York City's Fifth Avenue.

"I feel like I've built a accessible luxury jewelry brand -- for women -- that isn't scary," Fisher told me in an interview. "And I've built it painstakingly over the last 12 years."

Related: Shannon Keith Is Fighting Sex Trafficking in India, One Beautiful Pajama Set at a Time

Jewelry hasn't been her only entrepreneurial creation. In 2017, Fisher ventured into the culinary space as well, with the creation of three custom-blended salts. I, for one, can't wait to see where she goes next! 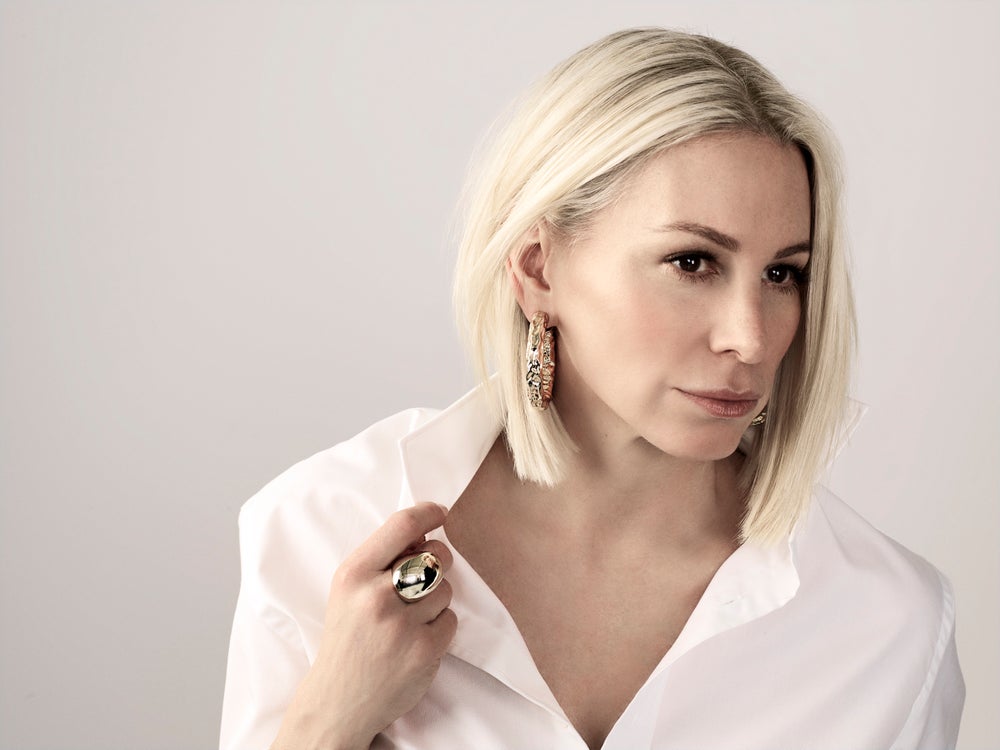 I sat down with Fisher to discuss how she launched her jewelry line for the same reason so many entrepreneurs launch their businesses: She saw a need and nothing to fill it. During our conversation, we dove into how she makes bravery and busting through breakthroughs an everyday act. We also talked about the power of "no" and how she sticks to what she's passionate about, to fuel her business's expansion.

Southern California native Jennifer Fisher began her career as a wardrobe stylist working on movies, TV shows and and commercials in both New York and Los Angeles. After ten years of dressing and styling Hollywood, Fisher married, and with her husband Kevin settled in New York City, where her company is now based.

Upon the birth of the couple's first child, Shane, Fisher looked for a piece of fine jewelry that not only spelled his name, but also expressed her own personal style. Unable to find anything unique, she designed a piece with Shane's name stamped on the front that she styled with a long, thick link gold chain. When friends, family and even strangers began requesting that Fisher design something for them, she launched Jennifer Fisher Jewelry, in 2005. In 2014 she opened her flagship store on New York's Fifth Avenue.

In the years since, she's expanded her line with a brass collection; and also in 2014, she moved into the culinary realm for Jennifer Fisher Universal Salt (and two other blends), offering custom-blended dual-purpose salt.

Her jewelry has a loyal fan base with such such celebrities such as Jennifer Lopez, Katy Perry, Michelle Obama, Naomi Watts, Rihanna, Sarah Jessica Parker and Selena Gomez. Honors include becoming a top ten finalist in the Council of Fashion Designers of America (CFDA) Vogue Fashion Fund Competition in 2012, and being invited to become an official member of the CFDA the following year. In 2018, Fisher received the Retail Innovation Award at the first ever Town & Country Jewelry Awards.

Fisher lives in New York City with her husband and two children.

Founder, Build Like a Woman; Founder/CEO of Grayce & Co