Entrepreneur Mary Spio and comedian D.L. Hughley break down how CEEK VR's 'The Laugh Experience' came together in lockdown.

The first thing you notice after strapping on a CEEK Virtual Reality headset is that the seats in its simulated theater are empty, which is an eerie approximation of the atmosphere in shuttered concert venues and movie houses around the world. A product that was designed to simulate a commonplace, but often inaccessible, consumer experience — like attending a Lady Gaga concert at Madison Square Garden or witnessing U2 wow thousands at Rose Bowl Stadium, both CEEK offerings — has suddenly become its closest real-world designate.

This was not what the company's founder and CEO, Mary Spio, had in mind when she launched CEEK in 2015. The venture was an entrepreneurial step in her career, which began with training as an Air Force engineer and evolved into groundbreaking work as a satellite-communications designer for NASA and Boeing. (The tech she helped pioneer for the latter was commercialized by Lucasfilm in the Star Wars franchise.)

Ideally, CEEK — which boasts proprietary tech and streaming capabilities and is blockchain-enabled — would gradually be embraced by both artists and the public as a way to augment their relationship to live entertainment. If she built it, Spio reasoned, content partners and consumers would come. And over its five-year existence, they have. Shows, one-off performances and interviews from the likes of U2, Snoop Dogg, Miley Cyrus and Megadeth are streamable in 2D via their website and can also be viewed through the CEEK app in 360 mode, as well as with its VR headset. But it's been a slow burn.

"The idea was initially that this is something that could just augment things for [the artist], not replace the communal, in-person experience," explains Spio, who was born in New York and raised in Ghana and currently resides in Chicago. "Think of bands like Guns N' Roses. They would sell out a million tickets in 24 hours. Or Adele, who was selling 100,000 tickets and 10 million people tried to buy them. This is a way to extend the reach. But it was not a real consideration for a lot of artists because they were thinking, "Well, I'm doing just fine.'" 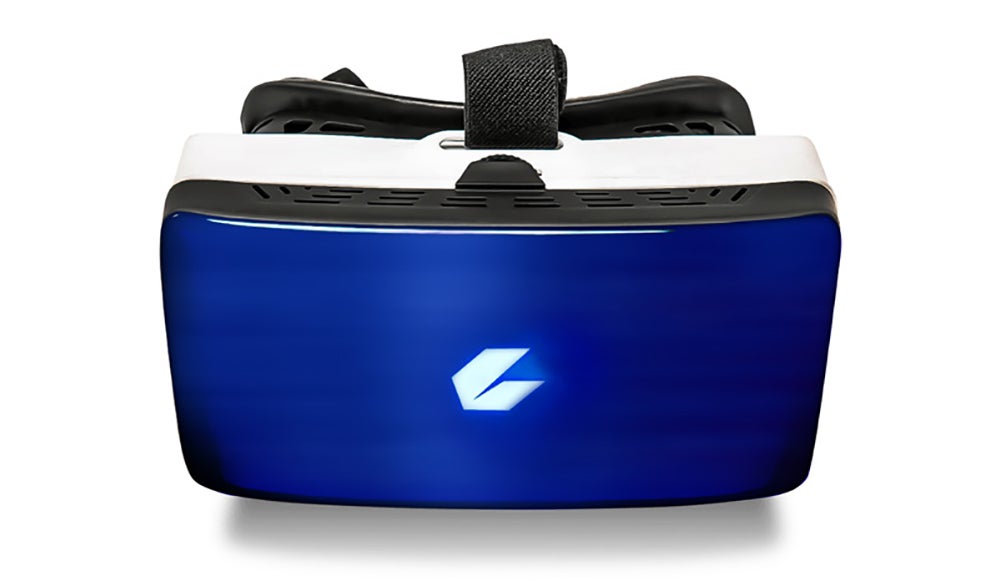 Then in March, performances spaces closed indefinitely, and interest in CEEK accelerated. Existing partners like Bon Jovi and Demi Lovato contacted Spio, eager to quicken the pace with which they could roll out VR offerings, and the number of outside queries from potential new clients swelled.

Related: What It's Like to Live and Game Together Around the Clock

As Spio surmises, "Now, once [artists] get to experience it, they realize, "Hey, I have fans that might never be able to see me.' It has them looking at where the void is right now and seeing a real revenue generator — that they could still reach a million people who are paying to come and see their concert."

Not all artists needed such convincing. Legendary standup comedian D.L. Hughley — who along with Bernie Mac, Steve Harvey and Cedric the Entertainer, comprised one-fourth of iconic late-'90s touring outfit the Kings of Comedy — is always eyeing ways to be innovative, and CEEK was on his radar long before comedy clubs started closing their doors as part of stay-at-home orders. He'd already inked a deal with Spio for real-time VR broadcast of an upcoming series of dates, an endeavor that has since been reimagined as a single, first-ever, virtual reality standup show, CEEK VR Presents: The Laugh Experience, which will stream on CEEK.com and through its headset (by way of the CEEK app) on May 15 at 9 p.m. While he's rolled with the punches, Hughley certainly didn't anticipate the special doubling as a bellwether for how his medium might survive in the coming months and maybe beyond.

"I didn't know this would take social distancing to its natural conclusion," he deadpans about the newly streamlined Laugh Experience experiment. "But whenever there are times like this, innovation and technology spring forward. [CEEK] has a chance to become imbued in the nation's psyche at a time when things were changing, and become something that was comforting and that changed the landscape. We don't know what will be after this, but one thing it doesn't hurt to have is the ability to see things at a safe distance, and I think this is all of that."

Spio, in turn, credits Hughley with keeping things laid back as they approached the project with an entirely new sense of urgency and unprecedented set of challenges. "As a comedian, he's always making light of things," confirms Spio. "He's very flexible and adaptable." 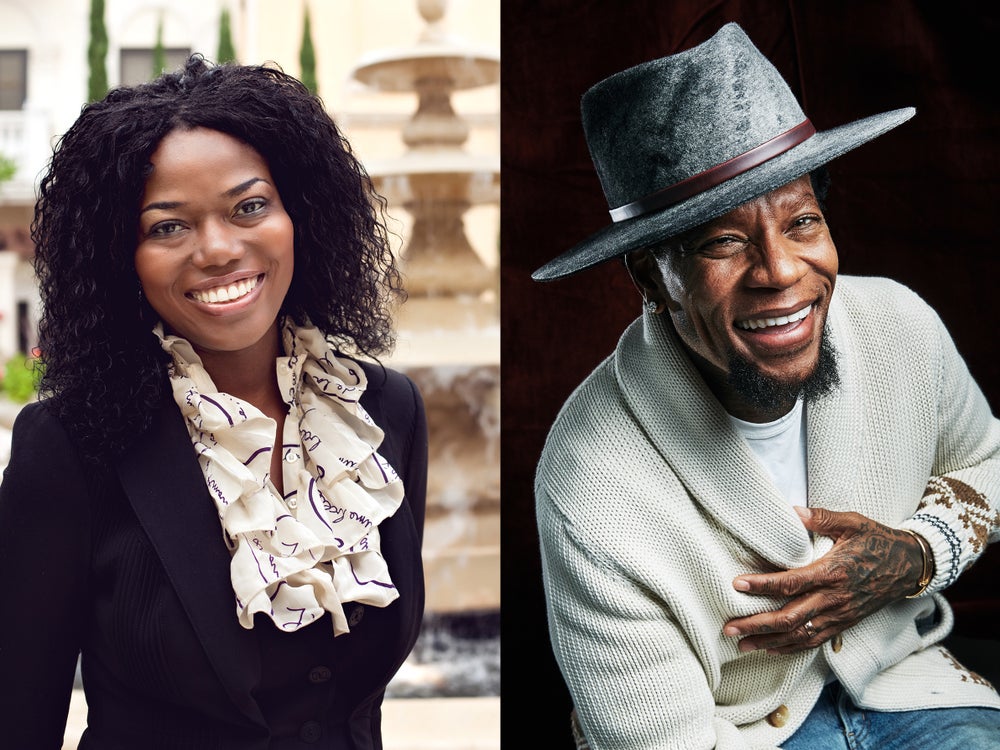 Still, once they agreed the show must go on, there was the inescapable fact of how that could happen with Hughley, and audiences, locked down at home. As Spio recalls, "The conversation had a turn to, OK, now we kind of have to speed up the home-studio component of this because you can't actually even be out on the road."

While there had been an eye on those kinds of developments down the line, CEEK suddenly had to "build on the fly and test out everything and get it out" to Hughley almost overnight, Spio says, still somewhat in awe that it all came together.

Laughing, Hughley remembers when something resembling a "spy briefcase" arrived at his door. "My wife was like, "I'm not gonna open that till I find out what it is.' It was real Mission: Impossible-type shit. I was like, "Goddamn, they ain't playing.'"

He would have ordinarily had his more tech-savvy daughter assist, but she was isolating in a separate location. So Hughley waded in solo. "This is how simple it was," he says. "I did it without having to call anybody," with an emphasis on the "I," suggesting he's not normally self-sufficient when it comes to putting together sophisticated audio-visual accompaniment to his sets. 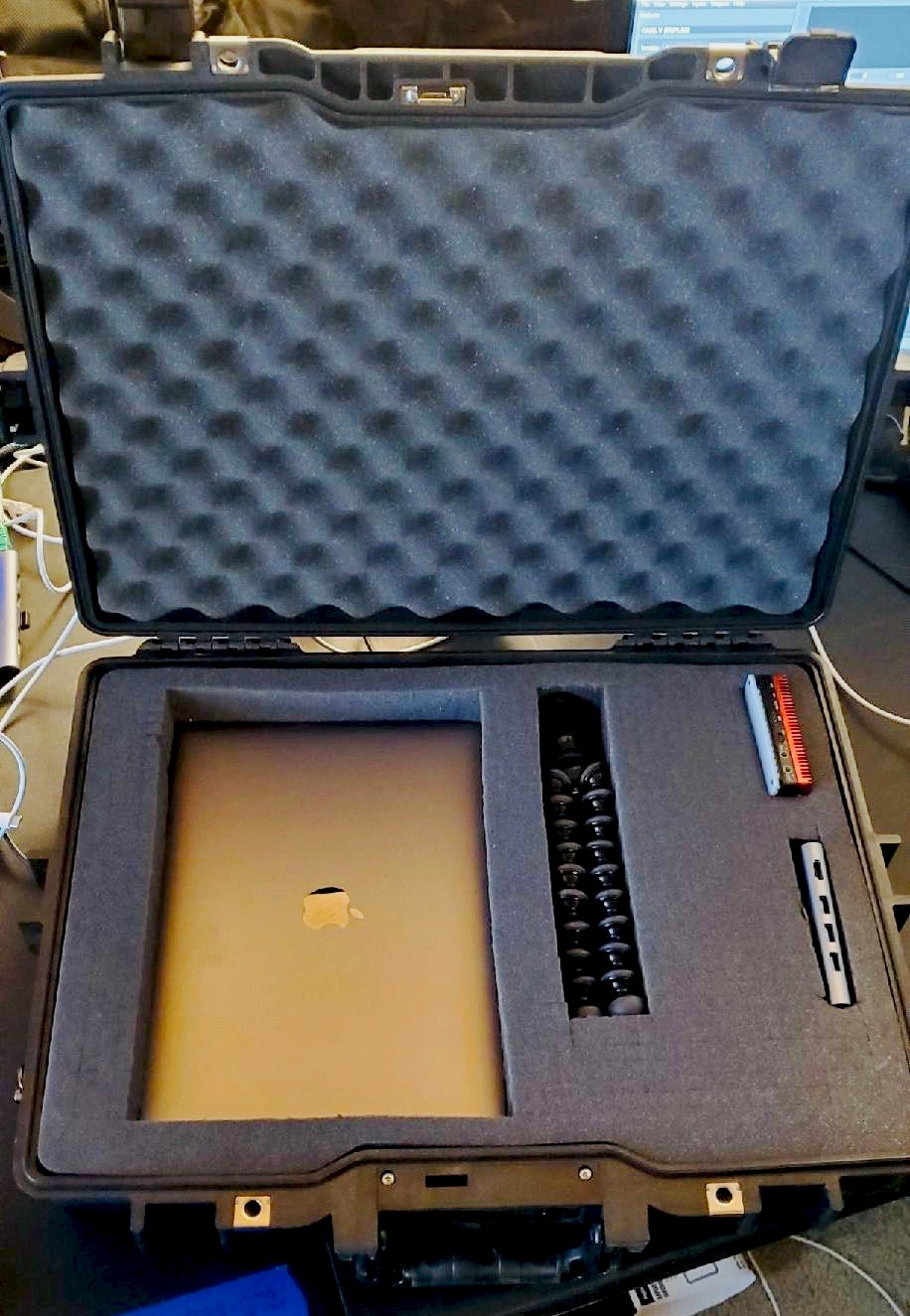 Like everyone else who relies on the connection between performer and audience, Hughley is hopeful that he'll packing ampitheaters again soon, but he also knows The Laugh Experience represents an opportunity to make history in a historic time. "It's very important that it gets the launch it deserves," he says. "Because people are always going to want to be entertained, but they want to do it in a way that's safe."

It's not the mission Spio set out upon when she took CEEK to investors, but it's apt that a woman who helped satellites send messages from outer space would be in a position to make our future visible now.

"Running this business suddenly has a different calling than it might've before," she acknowledges. "We've had to accelerate and run faster, but now we're capturing the demand that's there, and it's wild."

How Facing Your Demons Improves Your Business and Your Relationships

Facing the big monsters in your life will give you unshakable confidence in your ability to perform in the future.