The Good, the Bad and the Ugly of Mayor Bloomberg's Tenure

By Diana Ransom
September 10, 2013
Opinions expressed by Entrepreneur contributors are their own.

From stomping out cigarette smoking in public parks and restaurants to signing the 2012 Open Data bill that opened up the city's many data silos to developers and entrepreneurs, NYC is hardly the same city it was 12 years ago. While naturally some of Bloomberg's policies (such as the sugary-drinks ban) hit with a thud, others were wildly popular.

To paint a picture of what business was like during Bloomberg's 12 years in office, we reached out to a number of NYC-based entrepreneurs, business owners and city observers. Here's their take on the good, bad and ugly of Bloomberg's tenure, as well as their prognosis for the Big Apple's future. 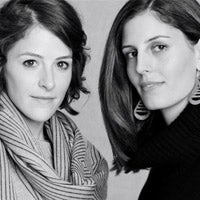 Soraya Darabi and Maxine Bédat, co-founders of Zady
Mayor Bloomberg put what was once quaintly referred to as "the New York startup scene" on the map. Literally, on the map. The "Made in NY Jobs Map" initiative made it easier for college graduates and midcareer professionals alike to seek out employment with young innovative companies, whereas before they would gravitate toward only giant brands. What the startup market lacks in age and prestige, it makes up for in quality of life, building a better tomorrow. Today it's a robust network of fast-growing companies linked via a mutual appreciation of the internet.

We associate Mayor Bloomberg with his bipartisan goal to make New York synonymous with all things fresh, advanced, cutting-edge and smart. I also applaud him for hiring the city's first Chief Digital Officer and making that officer a woman. It's our hope that his efforts continue on with NYC's next mayor, and we're optimistic they will. 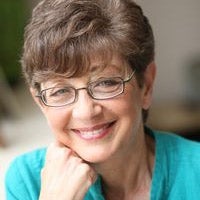 Joyce Purnick, author of Mike Bloomberg: Money, Power, Politics
Mayor Bloomberg believes that you can run a city as you can run a business. In some ways, he was right. Some wrong. I think that the business model and the data focus of his company clearly can be translated and applied to government, in some cases, but that needs to be mitigated by other realities. "Stop and frisk," for instance, is a situation where data isn't enough. You have to take into account the politics and dynamics of various groups.

By contrast, he was persuaded by data to expand the city's anti-smoking laws and tax on cigarettes. He was motivated by the data showing the illnesses caused by smoking. I think it succeeded. If Bloomberg didn't have the numbers to show that sugary drinks were hurting people, I don't think he would have pursued those polices.

I think his biggest legacy will probably be his least-sexy policy: rezoning. The Bloomberg administration has rezoned a huge part of NYC -- turning parts of the city that used to be used for manufacturing and industry into residential and mixed-use zones. New neighborhoods are sprouting up. Just look at the far west side of Manhattan. Now that it's been rezoned, it's already beginning to be a neighborhood and a whole new residential scene. Sections of park slope [in Brooklyn], which were rezoned residentially, are now becoming an area for residents and hotels. Williamsburg's waterfront was rezoned too. This quiet rezoning of former manufacturing areas of NYC will have an enormous impact on the future of NYC.

His failings? Among others [hiring Cathy Black to run the city's school system, stop and frisk and the response to the snowstorm of 2010], it's very difficult to deal with Albany if you're the mayor of NYC. It can be byzantine. So, if you're a "can do" guy and want to pass stuff, you end up alienating people. He didn't handle Albany well. Of course, [past mayors] have all had their tussles with Albany.

Jigar Shah, founder of SunEdison and CEO of Jigar Shah Consulting
Mayor Bloomberg's reign is bookended by 9/11 and Hurricane Sandy. When it came to infrastructure and resiliency, New York was notorious for insider deals and being closed to innovation. So, Mike rewrote the book. From car sharing to solar and energy efficiency to bike sharing, New York is a more innovative, friendly place to entrepreneurs. After 12 years, Bloomberg has created a level playing field.

And though NYC is doing well now, its infrastructure is crumbling -- a predicament highlighted by Hurricane Sandy. The next Mayor will have to fight to keep the playing field level. 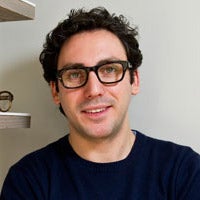 Neil Blumenthal, co-founder Warby Parker
Mayor Bloomberg has been a great champion of the startup community. He's used his bully pulpit to promote the New York-startup scene nationally and internationally -- helping us attract new talent and customers, the lifeblood of startups. His policies including those that have expanded parks, launched a bike-share program and revitalized entire neighborhoods have made NYC an even more attractive destination for highly talented individuals who have the option to live anywhere in the world. These individuals are now starting or working for businesses in NYC.

Perhaps the most lasting achievement will be the Cornell-Technion campus on Roosevelt Island, which will attract some of the brightest engineering minds in the world and help further NYC as a leading city for technology and business.

The NYC tech/startup scene will continue to flourish post-Bloomberg. We can expect to see more large exits like Tumblr, more venture capital as NYC becomes the preferred tech hub of the East Coast, and even more business formation. We'll also see NYC continue to lead in nontraditional tech industries that are undergoing tech-led transformations like fashion, retail and media.

At moment, the biggest need for NY's tech community, established and emerging businesses and our students is faster and more available broadband access. The next mayor is going to have to use Bloomberg-style independence to break the duopoly and vested interests that currently have a strangle hold on NY's internet access. 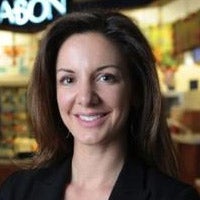 Obviously, I have mixed emotions because under Bloomberg's tenure there've been some things that have interfered with the business like the ban on sweet drinks. Had it not been pulled or changed, that was going to be a very big deal for our businesses because of the way it was not only written but the fact that it was it was inequitable. You were about to not be able to get a drink at a food-service operation but you could go to the grocery store to get a larger size in a bottle. It didn't make sense. We applaud the effort to elevate the health of our communities because all of us need people to be alive to be our customers. But if you're going to make a movement, make it consistent across venues so that you don't end up unfairly benefiting one element of the business community.

That is something from his tenure that I looked at and said, "Doesn't he have smart people around him? Do business leaders in the city not have enough seats at the table? Is there not enough diversity advising him?" My gut reaction was: He's got some bad advice or some incomplete guidance.

I hope that whoever is his successor has the adequate representation of the variety of the business community that they will need. Because I think that would have helped Bloomberg craft the law in such a way that would have made it a little less invasive and more equitable across retailers.

Separate from that, it's hard to ignore the good things that have happened in this city under his leadership. Fiscal policy, job growth, the reputation of the cleanliness, safety of the city. I mean, how can you argue with that? You can't. 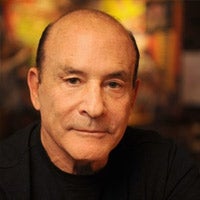 Zane Tankel, co-founder and CEO of Apple-Metro Inc.
It's been a good climate for businesses in general, regardless of what people might complain about -- big sodas or big cups and the other things.

Is any administration perfect? No. The "Summer Streets" program [which closes off part of the city to pedestrians] in Manhattan. . . I was not happy at all with him closing off Broadway initially. . . rerouting the Macy's Day parade. . . I don't like my real-estate taxes going up. . . The bicycles [Bloomberg launched the nation's largest bike-share program this year]. . . people can't park in front of restaurants in Atlantic terminal. . . We have patios where people can't smoke in. . . I hate the health grades, it was terrible for us.

I think all the mayoral candidates are on the anti-business side. It's disconcerting because nobody has any understanding or background. You always knew that Bloomberg understood this because he was a business guy. 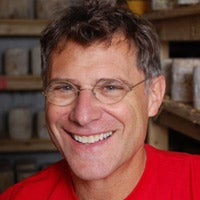 Rob Kaufelt, owner of Murray's Cheese
I think he did he did a great job. There's been considerable economic growth in the city -- and not just in tech. For instance, there's a pre-Bloomberg food Brooklyn and post-Bloomberg food Brooklyn. I don't think it's a question that many people are choosing to live here. There's the feeling of action here, and I think that people like that excitement. At the same time, they don't want to feel physically threatened all the time. I think definitely that sense [of safety] has grown.

My only real complaint of Bloomberg is that he did not ensure his succession. He didn't have a handpicked person to follow his lead. As we know in business, it's essential: If you pick the wrong guy it's not good. That can be devastating too. But not to have a succession plan in place when you're surrounded by talent, that is really then negating the legacy that you're trying to create.

After Bloomberg leaves office, I don't see the exterior risks of society diminishing. But I do think that events like [Hurricane] Sandy or something like that might be not as unique any more. It seems to me that the main issue that no one has ever resolved in NYC is that we exist within a very old infrastructure. Consequently it can't take that many hits -- hits to the grid, hits to the tunnels, etc. seems to me that we've lived through this great age of affluence for almost two generations really and we didn't fix anything up. And we're further and further in debt.

Maybe whoever wins [the mayoral election] will surprise us. But, as we all know, it's very difficult to get things done in this town.