In lieu of in-person classes, Aceable steers teens towards their driver's licenses via mobile app. Now it's expanding to industries that require professional certifications.

From video games to school work, it seems like kids do everything via smartphones these days.

Thanks to Aceable, this includes taking driver's ed courses.

The Austin, Texas-based startup, which launched in 2014, provides online driving lessons for teens ages 15 to 17.

Related: How to Take Advantage of Online Training Tools

Each video-based lesson includes interactive questions -- narrated by a sarcastic robot -- and has clearly been designed with its teenage audience in mind. Users will encounter more than one joke about Kanye West as they progress through the app, and those who complete the course have previously been rewarded with a gif featuring One Direction's Harry Styles.

While the lessons count towards the 30-hour classroom requirement students must fulfill to earn their learner's permit, the platform (thankfully) doesn't replace practice behind the wheel. After passing, students still need to book appointments with a state-appointed facility so they can take their actual driving tests.

The company announced today that it raised $4 million in a series A funding round co-led by existing investors Silverton Partners and FloodGate. The funds will be used to expand the company into new industries that require professional certifications, while continuing to grow its driver's ed program state by state, it said in a press release. Last year, the company raised $4.7 million in seed funding to help it expand nationwide, according to a Silicon Hills News article. It was a major victory for company founder and CEO Blake Garrett, who came up with the idea for Aceable after pitching another endeavor to a colleague: trivia question apps for books.

"He said, you just need to stop doing this ... this is not a good idea," Garrett says. "It felt like someone punched you in the stomach as hard as they could."

His colleague urged him to apply the same model to a topic that required actual, quantifiable learning in an area primed for an upgrade. That's when the lightbulb went off. 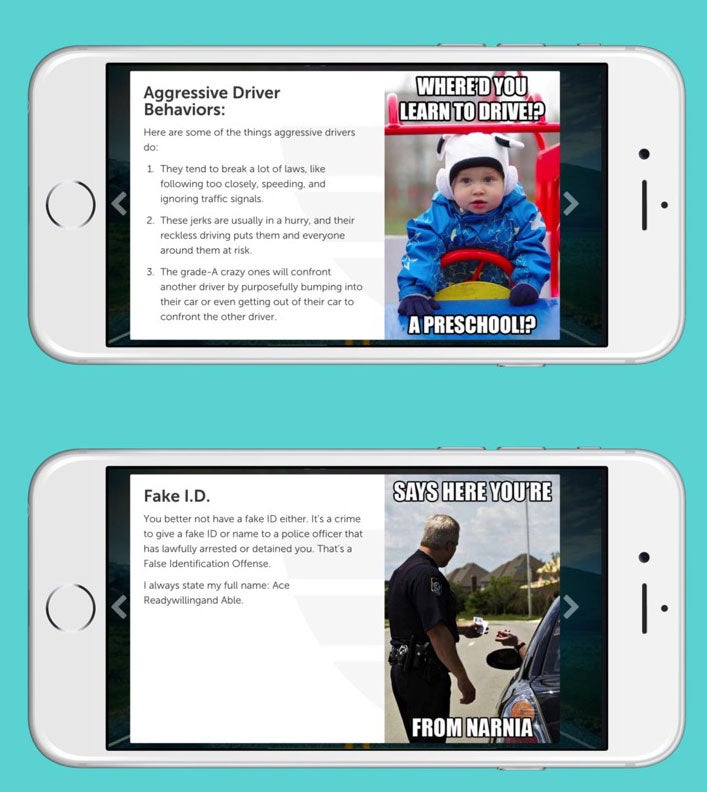 Teens spend a ton of time on their mobile devices and the majority of them take driver's ed, a notoriously outdated process. Why not revamp the content and put it on mobile devices, so students can actually engage with the lessons?

From the beginning, the idea behind Aceable was to "to deliver an experience that resonates with your audience," says the 32-year-old entrepreneur.

To date, about 300,000 people have taken its courses, which can cost up to $100. Most users are in Texas, although the company also operates in California, Florida, Ohio and Illinois and is working to bring its driver's ed courses to other states. So far, it's been a fairly bumpy road.

The hardest part, Garrett says, is waiting for state approval. California, for example, recognizes web-based driver's ed courses, but not mobile ones. And some states, including New York and Massachusetts, don't permit online driver's education courses at all.

At least in part, these discrepancies are likely the result of a long-lasting debate on the safety of online driving courses. Theoretically, with online formats, there's less face time and more chances to cheat, although Aceable does have safeguards, such as a voice recognition tool that asks students to repeat particular phrase at random times throughout the course.

And Garrett points out teens cheat in the classroom, too. "At the end of the day, if someone really wants to cheat, they're going to find a way to cheat," he says.

There's also the question of whether online courses are as effective. Allen Robinson, chief executive of a national organization that represents traffic safety educators, says that while he sees the value of online courses, especially for students who live far from classroom sites, in-person courses are preferable because the face-to-face interaction decreases the learning curve.

Garrett argues that his driver's ed courses are just as, if not more engaging, than the traditional format. "As technology gets better and better it has the ability to provide an adaptive learning experience for each individual student," he says.

Though Aceable's model isn't built for repeat customers -- once students complete the course they typically don't take it again -- word of mouth and returning families are big drivers of user growth.

But this also points to larger problem for Aceable: researchers from the Transportation Research Institute at the University of Michigan found that the percentage of young Americans seeking driver's licenses has dropped over the past three decades. This may hurt Aceable's potential growth.

Garrett isn't blind to Aceable's limitations. As a result, the company is considering additional certificate career-based courses, ranging from nursing to cosmetology.

For now, the focus is to continue making a difference by helping students feel confident and prepared when they eventually hit the road.

"To find a business that comes with a great mission … it's great," Garret says. "To be able to make a positive social impact is awesome."