This Cake Traveled 1,500 Miles, and Is A Powerful Lesson In Customer Service

Great customer service can transform ordinary moments into special experiences. But if a customer service team is empowered to move fast, a brand can go further—identifying moments for its customers that are already special, and turning those into lifelong memories.

Customer service teams should jump on opportunities like these. It makes the difference between having happy customers and creating passionate brand advocates.

To appreciate what I'm talking about, just look at the photo above. That's my family — and the cake we're celebrating with traveled thousands of miles and was the result of many people's fast, generous work. I'm telling you about it because I believe that great customer service should be shared, so that it can inspire more great work.

But first, the backstory.

For as long as my wife Jen can remember, she's had the same birthday cake: yellow sheet cake with mocha icing, almond slices, and colorful icing flowers from an East Coast regional supermarket chain called Giant Food. Every year around her birthday, we travel from our home in New York to visit her parents in D.C… and to buy this cake.

My wife turned 40 in 2020, and the pandemic made our usual cake trip impossible. We instead ended up in Colorado with my parents — where the nearest Giant is a 24-hour drive away. A year later, as we approached her 41st birthday, Jen wondered if there was some way to get her cake in Colorado. We checked Giant's website, but no luck: They don't ship here.

So I wrote the company myself.

I found a corporate rep's email address and told her the story of this cake. She passed it along to someone, who passed it along to someone else, and soon I was on the phone with Doug Duvall and Talier Brooks of Giant Delivers. They wanted to help. Even though they normally only deliver regionally, they said they'd pack up a massive cake (and a separate tub of frosting so it didn't become a mess) and mail it to us.

Then they went even further: They also offered to deliver a free cake to my wife's parents in D.C., so that they could enjoy the cake at the same time that we did. As it turns out, Jen's parents had already bought the same cake (her dad's birthday is only a few days before), so that would have been cake overload. But this offer really touched us.

Our cake arrived in Colorado a few days later. The box was surprisingly heavy, and we couldn't imagine what the weight was from. Then we opened the box and figured it out: The heaviest thing in there was a gigantic tub of frosting, which could easily cover three cakes. They also included candles that say 41! 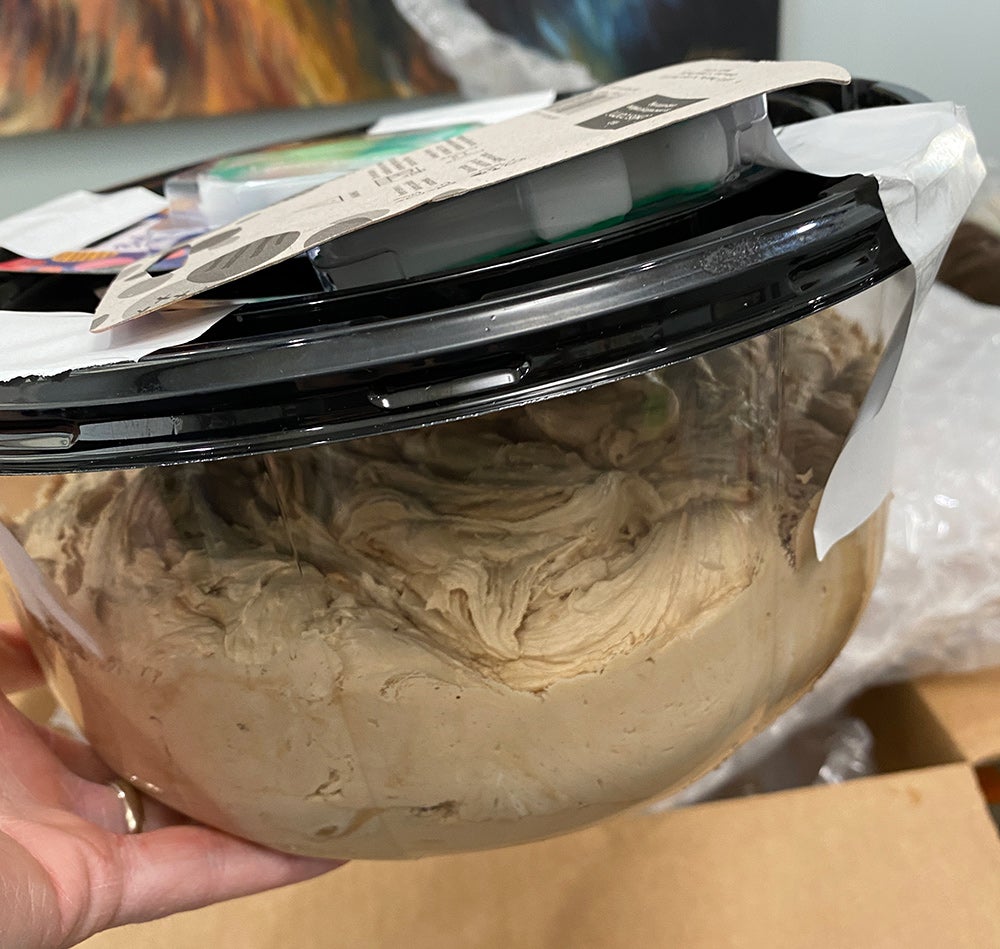 My wife assembled the cake exactly as she would have gotten it back home, and it made the birthday complete.

People often associate this kind of generosity with mom-and-pop shops, who are intimately connected with their neighborhood. That's often true, but this story should be a reminder that any business, at any size, has the power to build and foster its community. It's not really about the brand, after all. It's about the people who work there, and the culture its leaders foster.

Giant did not have to help us, and they asked for nothing in return. They just spotted an opportunity to take something that was already special and make it even moreso. Forevermore on my wife's birthday, we won't just think of her traditional cake. We'll now also think about how Giant went out of its way to help us — and we will sing the store's praises to anyone who asks (or doesn't). That's the power of customer service.