Why Entrepreneurs Are Jumping on the Drinkable Meal Bandwagon

Entrepreneurs' drive to be on the edge of innovation is leading to a new market for super-food slurries that aim to revolutionize eating as we know it.

You're working late for the fifth night in a row and your stomach is growling. So, you reach grab for a packet of food substitute, stir it in some water and slurp it down to get all the nutrients you need.

Sound more appealing than ordering a big, juicy burrito? A surprising smattering of companies, from startups to established beverage industry players, are betting that if it doesn't now, in a few years it will.

Drinkable meal replacements are suddenly a hot topic, especially for entrepreneurs. Soylent, an "open-source" powdered food-substitute, started making headlines last year when San Francisco tech entrepreneur Rob Rhinehart began subsiding entirely off of the homemade drink. The powder is now available for purchase, selling at $85 for seven bags (about 21 meals) or $70 for a monthly shipment.

Soylent is only the first and biggest name in the emerging market of drinkable meals and nutrition supplements. Recently, Nestlé revealed that it was developing a means to craft personalized nutrient combinations, potentially though a Nespresso-like machine that produces drinkable meal supplements. Earlier in July, Ambronite, a powdered drink made entirely with real food, broke Indiegogo's all-time record for crowdfunding food products, raking in over $97,000.

Related: Age Really Is Just a Number When It Comes to Entrepreneurial Success

As the drinkable meal market grows, one of the most remarkable aspects is the blossoming industry's focus on one group: entrepreneurs. From founders with backgrounds in the startup scene, to fundraising efforts, to potential customers, drinkable meals are emerging as a product by entrepreneurs, for entrepreneurs.

From the start, Soylent and Ambronite were born out of entrepreneurs' need for a quick and healthy way to consume food that would allow them to cut cold pizza and ramen noodles from their diet. "All of us on the Ambronite team were interested in solving the equation of healthy eating in a hurry," says Mikko Ikola, Ambronite's cofounder and a leader in the biohacking community in Finland.

The Ambronite team also includes individuals drawn to drinkable meals through triathalon training and life in the barren Arctic Circle. Its customers are a similar breed: a mix of health-food junkies and time-strapped entrepreneurs.

"Some of the customers have already been working on their own smoothies or finding healthy foods, so they really focus on the ingredients," says Ikola. "On the other hand, there are knowledge workers, entrepreneurs, consultants who are working on the convenience in their life, to get a convenient food." 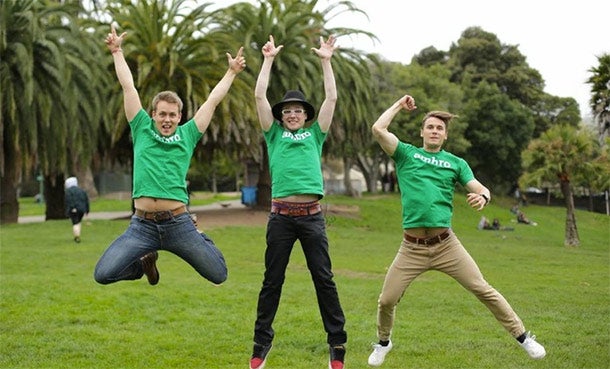 Customers in search of nutritious foods, especially athletes, are hardly strangers to the powdered drink market. In fact, right now it seems like they are the only customers in the powdered drink market, with a seemingly infinite number of of protein powders serving as staples in any amateur body builder's diet. It's a booming market: earlier in July, Hormel Foods Corporation, best known as the maker of Spam, bought Muscle Milk's parent company for $450 million.

Related: 3 Problems That Became Opportunities to Change the World

Why, then, are powdered meal replacements suddenly grabbing the attention not of the body building and marathon crowd, but instead entrepreneurs who spend most of their days in the office?

"Entrepreneurs are always the forerunners in whatever they do," says Ikola. "A lot of people get excited in new things that improve their lives. That's the essence of entrepreneurs: they're curious."

By tapping into entrepreneurs' drive to be on the cutting edge, whether it be in tech gadgets or nutritional trends, Soylent and Ambronite are discovering – or manufacturing – a new market for powdered food products. With startups constantly speaking in the language of disruption, what's more appealing than a product that attempts to completely change one of the most fundamental aspects of daily life?

Plus, with entrepreneurial customers come entrepreneurial funding. Soylent's founders pursued funding in the same way a tech startup would: crowdfunding and Silicon Valley venture capitalists, including Y Combinator and investment firm Andreessen Horowitz. Crowd-funding paid off for Amrbonite as well, allowing the company to reach new customers in addition to raising nearly $100,000.

Even the criticisms of the offerings echo complaints about new apps and out-there tech gadgets, focusing on the perceived lack of practical use for the products. Why should people drink an unappetizing looking drink when there is "real" food available literally at their fingertips over Seamless? The answer cuts to the very heart of entrepreneurial ideas of disruption: there's no need to stick to the status quo of traditional meals when there's a chance to try something new.

Whatever critics say, customers are clamoring to try the products. Ambronite founders created the beverage as a practical solution for not having enough hours in the day. Since quickly selling out of an early version of Soylent at Restaurant Day in Helsinki in May 2013, they've known they aren't alone in their taste for a quick and convenient alternative to traditional meals. Now, they have created the most funding campaign in Indiegogo history. And they can certainly drink to that.

Related: 3 Questions to Ask Yourself Daily as You Roll Out of Bed