5 Tips on Getting Your Passport and Avoiding Travel Headaches

These travel tips can make your next trip a lot easier.

By Jonathan Long
January 29, 2018
Opinions expressed by Entrepreneur contributors are their own.

There are several reasons why passport demand is at an all-time high, for both applications and renewals -- it was predicted years ago that 2018 would see the demand peak.

For starters, the Western Hemisphere Travel Initiative of 2007 stipulates that all individuals traveling to the United States from other countries must show a valid passport or other approved documentation to enter the country. This includes crossing the border by land or water from Canada, the Caribbean and Mexico.

As a result of this change, the U.S. Department of State issued more than 18 million passports in 2007. At the time that was a record number -- but it's about to be broken, more than a decade later, because those passports are now up for renewal.

Related: 8 Travel Hacks You'll Want to Know Before Your Next Trip

The State Department estimates that the surge of passport renewals that will be spilling over into 2018 and 2019 -- combined with other new passport applications -- will push the number of passports issued this year to more than 21 million, after more than 20 million applications in 2017.

Also, the U.S. Department of Homeland Security is implementing phase four of the REAL ID Act this month, which sets new standards for state issued driver's licenses and identification cards. The implication is that everyone who flies must have a REAL ID-compliant identification by October of 2020.

Starting January 22, 2018, travelers without ID from a compliant state (or one that has been granted an extension) will need to provide alternate identification -- a passport is acceptable.

During the most recent 3-day government shutdown my Facebook feed had several requests seeking help renewing passports, proving two points -- there is a high demand as renewals are up and most people wait until the last minute to handle it.

I am no different. Last year, I waited until the last minute and had to use a service to get my passport expedited. I used a company that was founded and then later sold by entrepreneur Adam Boalt. Aside from being an entrepreneur I respect, Boalt is also my neighbor in a sense -- his Miami office is literally across the street from my condo.

His newest company, govWorks, launched earlier this year, and its mission is to change the way the public interfaces with both federal and foreign governments. The company created a platform aimed at simplifying the processes for travel visas, U.S. passports and other related travel documents by storing customer information securely. 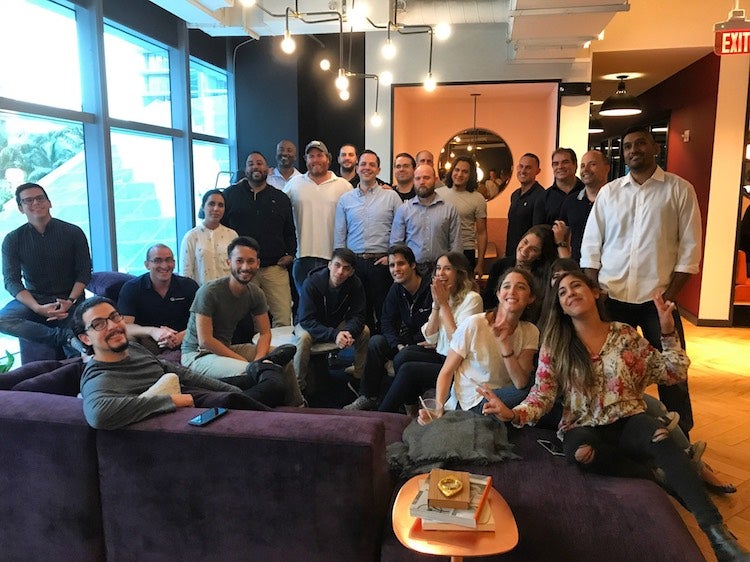 Boalt's office sits in Brickell City Centre -- a billion-dollar shopping and mixed-use development. Since it's across the street from me and home to two of my favorite destinations -- the Apple store and a Mexican food restaurant -- I am there often.

I last spoke to Boalt right as govWorks was launching and he was excited about the timing, saying, "We've entered the market at a very critical time. With that in mind, we think we can solve many of the challenges facing the industry moving forward with our brands." Timing comes into play a great deal -- the wrong timing can lead to missed opportunities and failed ventures. Here are five key takeaways from our conversation, that can help you avoid travel headaches related to passport applications and renewals.

1. Don't wait until the last minute to renew your passport.

This is much easier said to done, and I am living proof. Last year, I knew well in advance that I needed to renew before my trip, but I waited until the last minute and had to get it expedited. Even if you still have a few months before you need to renew you might find yourself in a bad situation, which I wasn't aware of.

"U.S. passports are valid for ten years. However, many countries will not accept a passport with less than six months of remaining validity. If possible, you should get a passport renewal at least nine months before it expires," explained Boalt. If you wait until the last minute like I did, you will need to have it expedited.

Related: There's Got to Be a Better Way to Book a Business Trip

2. Get a passport with extra pages if you're a frequent international traveler.

"If you spend a lot of time traveling internationally it might be helpful to apply for a 52-page passport book instead of the standard 28-page passport," suggested Boalt. Personally, I didn't even know this was an option, and I wish I did.

When you consider that each page can accommodate about four stamps, that equals two countries per page -- entering and exiting -- you see that the larger option will satisfy the needs of those that are constantly traveling internationally.

3. Make sure your children have passports.

The REAL ID enforcement now gives parents reason to get their children a passport even if there isn't any international travel planned. For example, my sister's family lives in a state that currently isn't compliant and has an extension through October 10, 2018. Unless her state complies in time, air travel within the United States after that date will require her entire family, kids included, have U.S. passports.

I also wasn't aware that a child's passport expires much sooner than an adult's. "Children must have a valid child's passport in order to travel internationally. U.S. child passports are also only valid for five years," explained Boalt.

Related: The 10 Best Travel Apps, According to a Guy Who Lives Out of a Suitcase

4. Understand the importance of a second passport.

When Boalt mentioned this I immediately wondered why. I didn't even think it was possible to poses two valid passports, but it's true. In fact, President Donald Trump's former campaign chairman Paul Manafort held three valid U.S. passports.

"If you often travel internationally you might want to consider getting a second passport. Some countries reject passports that contain visa stamps from certain other countries. Second passports are also helpful for frequent travelers who might need to apply for multiple visa applications on an ongoing basis," advised Boalt.

5. Find out if you need a travel visa before you travel.

A lot of people show up to the airport only to be turned away from their flight because they forgot or simply weren't aware that they needed a travel visa.

Creating a simpler way to handle this process is what led Boalt's company to create Travel Visa. "We created a platform that allows people to get the visa requirements for every location and then quickly obtain it online," he explained. The requirements can be confusing -- make sure you are well-prepared.

Are You Hesitant to Use AR Technology? Here's Why You Need to Jump on It Now.