He Designed Elon Musk's Favorite Mug. Now He's Getting a Boost in Sales.

This maker shares what it's like to get a plug from the Tesla billionaire.

When Elon Musk tweets out an image of a farting unicorn, most of us just get a chuckle. Tom Edwards gets a boost in sales.

Edwards is the Colorado artist behind Wallyware Pottery, the maker of a whimsical mug featuring a magical beast whose flatulence seems to power a small car. Copy on the mug reads, in part, "Electric cars come from magic."

Twice the electric car maker has tweeted out images of the unicorn, resulting in new orders for the quirky potter. In the first, Musk deemed the cup "maybe my favorite mug ever." Just last week, Musk tweeted out a fan image of the gassy unicorn to show off Tesla's sketchpad feature.

"The first time it happened," Edwards says, "it was a wonderfully weird mystery because I had no idea why people all over the world were spontaneously ordering that one mug design."

Related: Of Course Elon Musk Used a Farting Unicorn to Show Off a New Tesla Feature

The resulting boosts aren't business breaking but still significant. A typical busy period, such as a holiday, might net around 10 orders a day for Wallyware. But Musk's most recent tweet led to 40 orders in 24 hours. One Business Insider article linking to Wallyware's store netted the company more than $1,000 in sales. 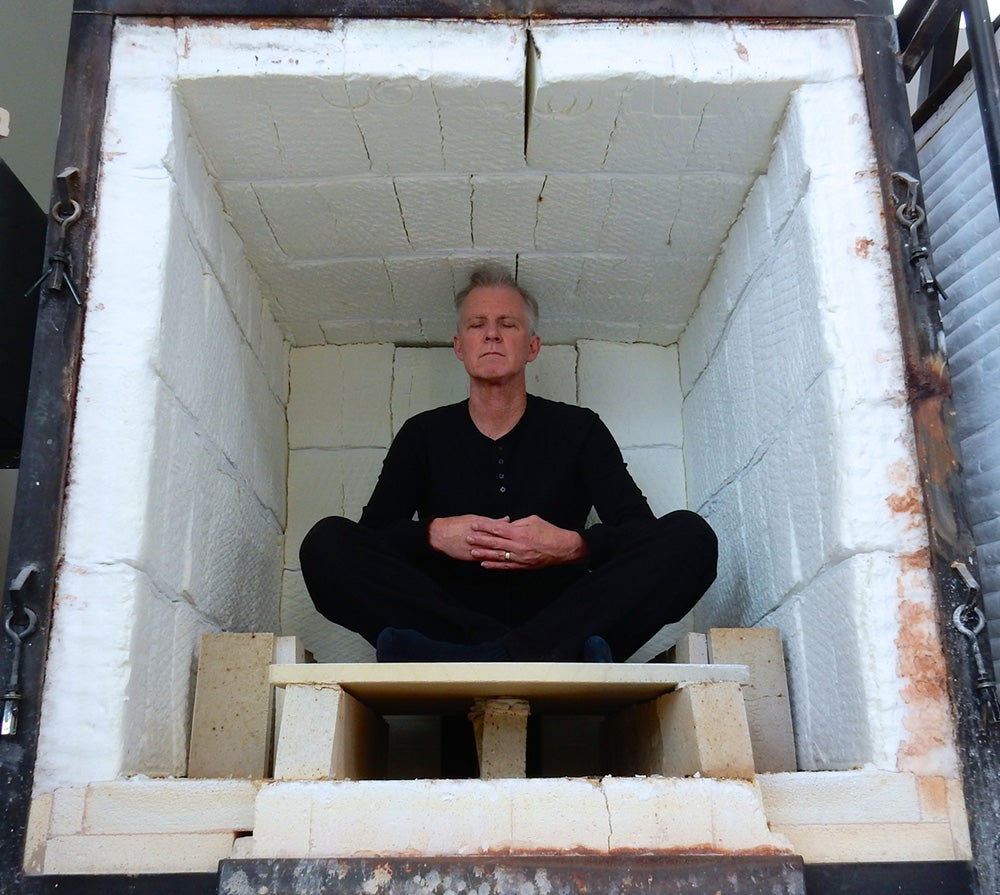 "The sales come fast and furious for about eight hours and then it tapers off significantly, and you get some trickles in the following weeks," Edwards says. "It's like popcorn popping in the microwave. Only not as many mugs selling as popcorn kernels popping."

Of course, true art can't be rushed, and Wallyware often keeps only limited quantities in stock. During both surges, Edwards has told some new customers they'd have to wait five weeks for their hand-decorated farting unicorn pottery. As of this writing, the $28 mug is out of stock but available to ship later this month.

"Producing this many pots isn't very difficult, as my kiln holds about 150 pieces," he says. "I could handle a bump of a couple of hundred mugs with no problem. If it got up into the thousands, I'd probably be looking at finding ways to get this design manufactured commercially, I suppose."

While Edwards appreciates the bump, he points out that most of his business comes from sales to fine craft galleries. Wallyware's 25-year-old studio produces a range of statement pottery, exploring topics such as "passive aggressive solar homes" and "what onions think about onion dip."

"I've been in this line of work for almost 40 years, so having too many orders is generally a good problem to have. I think the biggest aspect of this situation for me personally is that one of the biggest visionary thinkers on the planet has said publicly, 'This is my favorite mug.' That's just such a thrill. And I love the fact that it's one of my best jokes and it fits Mr. Musk's line of work to a T. The only thing better would be if he were to give me a free Tesla automobile."