Personalization, constant communication and video are the benchmarks of recruiting platform HireArt.

Many of us have been there: in between jobs, and finding ourselves submitting resumes online into a void never to be heard from again. But the team at HireArt, a four-year-old staffing and recruiting platform, wants to overhaul the often frustrating and demoralizing hiring process by putting the job applicant's personality front and center.

HireArt's goal is to connect companies and candidates quickly and efficiently and to teach applicants how to continually improve, mostly through the human graders at the company that go over applications.

Related: These Are the Strangest Job Interview Questions You'll Ever Hear

"Our biggest hope is to continue to make the job process more transparent," HireArt co-founder Nick Sedlet told Entrepreneur. "What we imagine is that you can come to HireArt, apply to a job and get hired in less than a week." 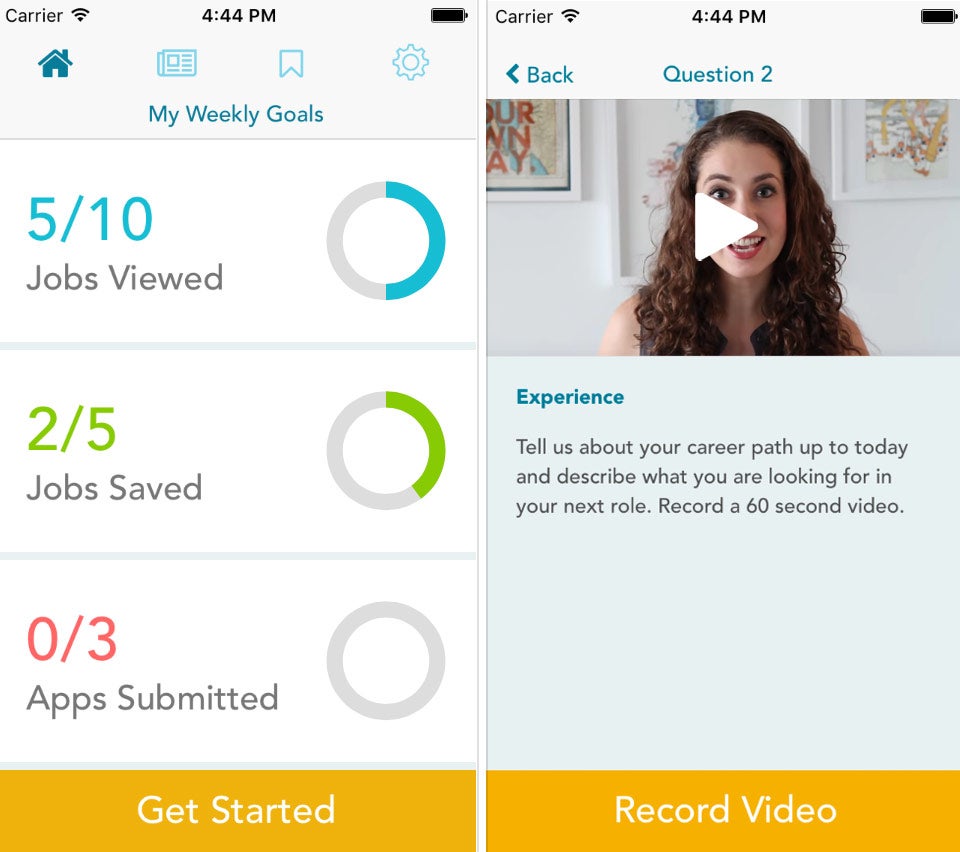 When job applicants set up profiles on HireArt, they can record 60 to 90 second video responses about themselves and what skills they would bring to a given position. Users provide written and video answers to common questions -- for example, if an individual seeks a customer-service position, he or she would be able to use similar answers for multiple openings. Applications on the platform can be tracked from submission to when the position is filled. HireArt users can set weekly goals, and search positions based on how quickly they want to find a new job.

Related: The Key to Hiring the Best Employees

HireArt recently released a free iOS app to streamline this process. Sedlet explains that video is a key component for the site and that many young applicants feel more at ease recording themselves on smartphones rather than the computer. He says one of the things the company is working on is making feedback from the companies available to candidates so they know why they did or didn't land the job, and providing transparent standards, especially to college students just starting their search.

Related: How to Hire for a Quickly Growing Company Without Losing Your Mind

Especially for entry-level jobs that attract young professionals with lighter resumes, Sedlet noted that HR departments often look first at a candidate's educational credentials, a strategy that doesn't often lend itself to finding the best fit for the company or the role on offer. 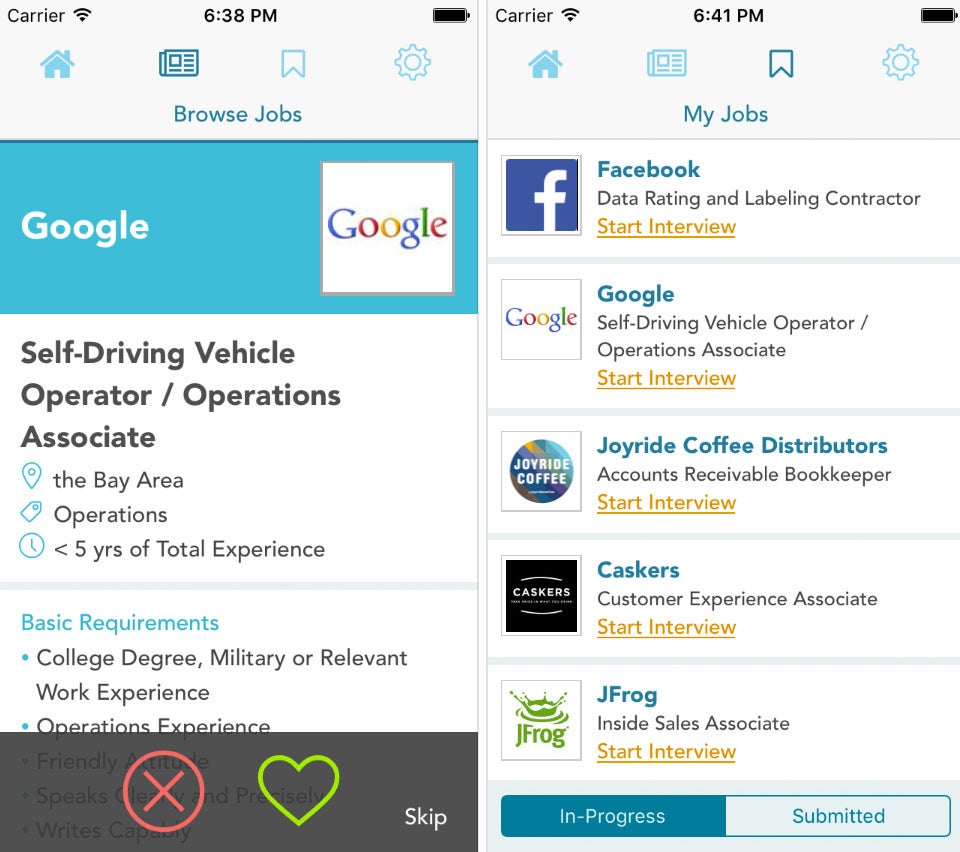 "One of the things we're working against is superficiality in hiring," Sedlet says. "There is bias in the hiring process because employers and individual hiring managers want to hire people like themselves. They also rely on credentials really heavily for lack of a better way to screen. Credentials are of secondary to no importance for us. There is a better way to identify who is right for the job."

The company, which graduated from Y Combinator in 2012 and is backed by investors such as TriplePoint Capital and 500 Startups, has a growing database of more than 300,000 job seekers. HireArt has worked with more than 500 companies -- big names including Airbnb, Google and Facebook -- to fill more than 3,000 openings. Going forward, Sedlet and his team are working to alleviate the pressure that builds when everyone is using the same job boards again and again.

"Job boards have created this big mess. It's really easy to apply for jobs, but it also kind of creates a bit of a race to the bottom," he says. "Applicants want to apply for as many jobs as they can, and employers get hundreds of applications [to sift through]. What we're trying to do is bring order, sanity and intelligence to this process."