Reality Check: You Need to Care About More Than Your Business

When your job is your life's purpose, it's awesome. But, according to Esther Perel, it's also unsustainable.

The best-selling author, speaker and psychologist says you need another source of meaning in your life or no amount of success in business will ever be enough. "If your entire meaning comes just from this actualization, this performance, this success...you have set yourself up for real psychological poverty and distress, and ultimately you will have a crisis of meaning."

Perel grew up in Antwerp, Belgium, in a small Jewish community almost exclusively made up of Holocaust survivors. Perel herself is the daughter of two concentration camp survivors. She observed the differences in how they approached their lives. "In my community, there were two groups: those who didn't die, and those who came back to life," she says in an explosively popular TED talk on desire. Her interest in psychology led her to a career as a world-renowned relationship therapist. Her book, Mating in Captivity: Unlocking Erotic Intelligence, has been translated into 25 languages (Perel herself speaks nine) and her TED Talk, "The secret to desire in a long-term relationship," has more than 5 million views. In Perel's TED talk, she analyzes the opposing human needs for both safety and security as well as adventure and excitement.

Perel's voice runs counter to the constant drumbeat in the field of entrepreneurship that in order to be successful, you need to live, breathe, sweat and bleed your startup. But while her perspective may run against the tide, she has observed that there's a real desire in the field to hear from her. "When I talk, [entrepreneurs] listen to me. It's interesting. I am giving permission on some level to rethink this a little bit. This whole thinking -- "I am so SPECIAL and so SPECIAL and if I am not SPECIAL, I have no idea who I am,'" she says. "Everything that goes extreme either disappears or recalibrates."

Lately, Perel has been making the startup conference circuit. She spoke at Founders Forum London, Founders Forum NY, the Summit Series, Toronto Mastermind Talks and at multiple chapters of the Young Presidents' Organization. Two weeks ago, she was in New York City talking to innovators, entrepreneurs and designers at The Feast in Brooklyn, N.Y., where Entrepreneur.com caught up with her. In the final days of this month, she will be speaking at the upcoming Success 3.0 Conference in Boulder. 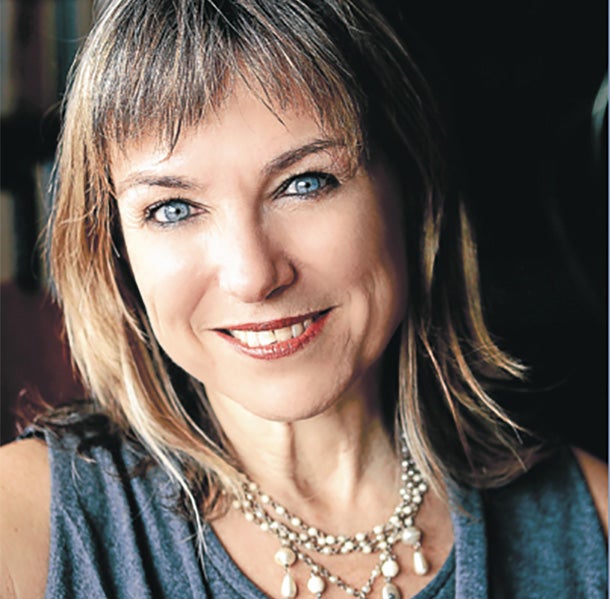 Perel's work as a psychologist of eroticism translates surprisingly smoothly to entrepreneurship. She teaches a series of webinars and the second of four sessions is called "Pursuing Passion: From the Office to the Bedroom." The same dualism -- the need for safety and excitement -- in the bedroom that she talks about in her book and in her TED talk has relevance for entrepreneurs looking to launch the next big company, the next great idea, the next billion-dollar startup.

What that means? It means finding meaning and purpose in relationships with other people. It means backing out of your "reptilian brain" for a while. Entrepreneurs spend the majority of their working lives with the high-intensity, flight-or-fight systems in their brain activated, Perel says. That releases intense levels of cortisol into the bloodstream so that when one job opportunity doesn't work out, or doesn't work out as successfully as you would have wanted, you collapse.

"It is not a safe space," says Perel."On the other side of being the best is, "I am the least,' "I am nothing,' "I am a failure.' And it is a crippling way to live between success and failure like that. I mean, there is a reason you get all the symptoms that come from this kind of stress."

For some, the second and third tiers of meaning may come from family or religion, says Perel. There is no single answer as to what you should decide makes your life meaningful. But to be human is to be more than what you do and how successful your business is. "When people begin to internalize this, there is a peacefulness that enters them because it is a fundamental acceptance," she says.

Related: The Founder of Dinner Lab On How to Manage the Unsexy Side of Rapid Expansion