Jessica Vosk shared her origin story, networking tips and advice for taking a leap towards your passion in a recent episode of Entrepreneur's 'How Success Happens' podcast.

Jessica Vosk doesn't have a typical relationship with stress.

It can be tough, but the Broadway actress -- currently starring as Elphaba in Wicked -- said she uses it as a motivator.

"When I give master classes or talk to kids about this business, I always say the most important thing I can tell them is this: You're the CEO of your company," said Vosk. "I'm Jessica Vosk, and I play Elphaba in Wicked. I'm an actor. This is my company. I'm responsible for the press and how I put myself out there in the world."

Vosk's business philosophy has helped her remain motivated to achieve her dreams. At age 27, she left a "safe" job at a boutique investor relations firm to pursue her dream of acting full-time in New York City -- and it's safe to say it worked out. Her past Broadway credits include Fiddler on the Roof, Finding Neverland and The Bridges of Madison County. Now, night after night, Vosk stars in the second highest-grossing Broadway show of all time (behind The Lion King).

In a recent episode of Entrepreneur's How Success Happens podcast, Vosk shared her origin story, her networking tips and advice for how to take the leap towards pursuing your passion full-time.

Tell us about the moment you decided you couldn't take it anymore and needed to change course to pursue your passion.

I was working at a boutique investor relations firm in Manhattan for almost three years, and at that time I had sort of climbed the corporate ladder of what one would call success in that field -- I'd been promoted and was doing well at work. But I also had a lot of clients that were all over the world in different time zones, so in addition to working in Manhattan, I was up at 4 a.m. with Portugal or up late at night with California. My body clock was off.

Even though I was good at my job, if you're not doing what you love and you're not doing what you're passionate about in any capacity in your life -- which I wasn't -- your body will tell you. And my body started to tell me in the form of major anxiety, stress and panic attacks. My palms were sweating, or my heart would race when I got to work every day, and I couldn't figure out why. Then, one day, a lightbulb sort of went off, and I thought: I'm not doing what I love. This has to have something to do with that. I had given up singing, which is something I've loved doing my whole life. Once I talked myself off the ledge of, Oh my God, I think I have to completely change my life and course of action, it became a little easier to come up with a game plan. But it's still not for the faint of heart.

And a note from your grandmother inspired you?

Yes, I had gotten promoted to my own actual office from a cubicle -- that's "big fixins" in the corporate world. A note from my grandmother who had passed fell out of my desk, and it said, "I wish you luck in everything you do." I thought: Okay, there's some kind of universal intervention happening here, and this is a sign.

How did you deal with naysayers?

I think it would be silly of me to say that I just powered through and said, "Screw you all," because it's not how it happened. At the time, when I left the job, I was a little insecure because I hadn't been in the audition room in years. The nerves, the questioning yourself and the allowing of negative comments to infiltrate you -- that all totally happened to me. There were days when I was sad or depressed -- I was babysitting or doing other side jobs to pay the bills while I was auditioning. I thought: I just left a job that was financially secure with healthcare and a 401(k), and now I'm babysitting this random child and going to an audition in the morning. Dear God, did I make the wrong choice?

My parents weren't unsupportive, but they are logical, so they asked me about how I'd budget for this. I went through some rough patches of getting down on myself, spending too much money or making the wrong decisions. But they were all learning experiences, and I truly believe that if I had not had that business job for those three years, I would never be where I am right now.

You took the ultimate leap of faith to go after your dreams of being onstage. What's your advice for people who are also thinking about risking it all to pursue their dream?

You only live once, and life is pretty short. From a logical standpoint, if I didn't think I had what it took to pursue this field of musical theatre and entertainment, I wouldn't have done it. Many people have reached out to me after finding out my story because oftentimes people assume I went to theatre school, but I didn't. There is no right path, and if you're sitting there questioning yourself, know that it is absolutely 100 percent up to you. As hard as it is, you cannot listen to what anybody else has to say.

There are too many people out there doing something just to get by and going home not feeling fulfilled. You can find some way to unstick yourself from being in a situation that you don't love. Even if it takes living a double life of doing one thing during the day and then something else at night to fulfill yourself, do it. I mean, why not? It's honestly the best decision I ever made, minus the tough times we'll all go through. It's all about having a support system and believing in yourself. If I had never done it -- had never sat in an acting class or had never gone to all these auditions -- I wouldn't be where I am right now.

It's like business. In starting a business, a lot of entrepreneurs deal with taking a leap -- having a little spark of an idea and turning it into something. 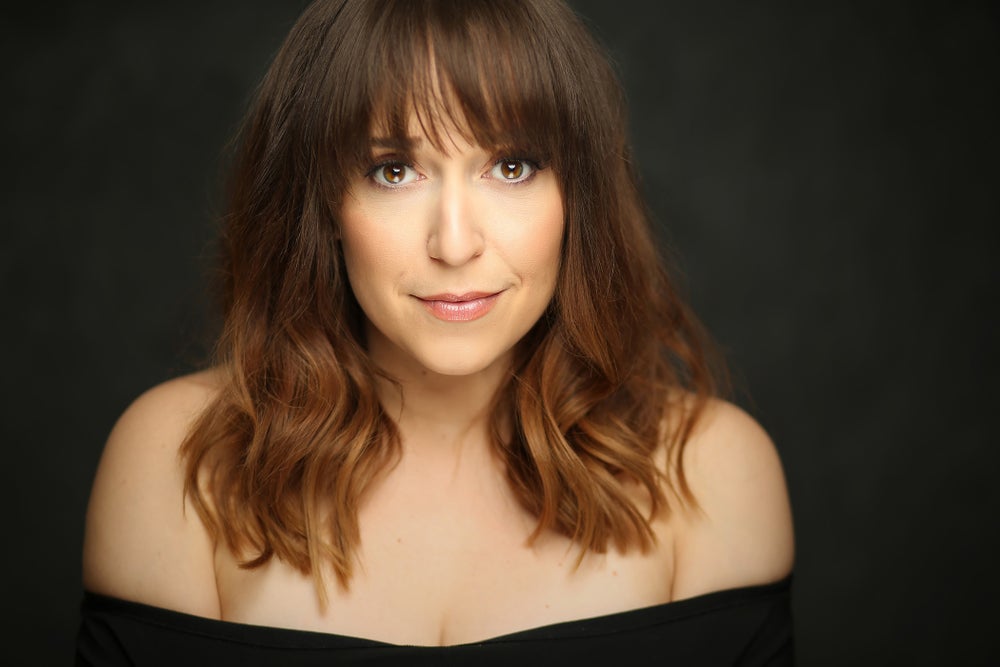 You've said in the past that you use your business brain to maintain relationships and be someone people want to work with again. Why is that so important, and what's your best advice for people listening who want to emulate it?

When you're an entrepreneur, you're your own business. No matter what business you're in, if you're a good, kind, empathetic person -- someone that others feel they can talk to, have a conversation with and trust with their ideas, thoughts and insecurities -- you will get the job over someone who may even be a little more talented.

As far as my business -- and I assume there's a lot of overlap -- when you walk into an audition room and there's someone sitting at a sign-in desk, if you're not nice to them, then you might not get the job. I've known monitors to walk into audition rooms and give a director a cup of coffee, and the director asks what they thought of someone. If the monitor says someone was rude, they'll get scratched right off the list.

There's a reason why you see many well-known Broadway directors hiring the same creative teams and the same actors. For one, they're super talented, but they also think they're really fun to work with.

I don't ever want to be the person that walks into a room with a reputation of being the difficult one because nobody needs to have a diva mentality. If somebody enjoyed working with me and I get hired to do a concert or show based on my reputation, I think that's far more gratifying than saying, "Well, Jessica can sing up to a high C, but she sucks as a person." I think it's the same for any business.

Before you quit your job in finance, every Monday you worked 8 a.m. to 6 p.m. before heading to an open mic night at a jazz club. That took courage and a lot of drive. How did you motivate yourself even on days when you didn't feel your best?

I found out about this open mic night called Cast Party -- it still exists. I put my name on the list every Monday, and once I got chosen to go up. I sang "My Funny Valentine" or something like that with a lot of liquid courage, and it was so scary.

Though at my day job I was pitching clients, keeping clients in or out of the news and sitting at a big conference table with some of the most successful businesspeople in the world, it was getting up there to sing "My Funny Valentine" that made me totally shake in my boots. But that was a precursor for me to know it was the right thing to do. If you're nervous about something, I think it's a marker that you should leap. You'd better do it because you're going to regret it if you don't.

I know your first professional gig came as an indirect result of networking at those industry open mic nights. How do you get your name out there and make connections without feeling fake?

I love that question because so many people are fake. I know what it's like to kiss ass because I've done it, and you know you're not actually going to get a phone call or message from that person. There's an art to networking, and the only way to actually do it in a proper way is to truly be who you are. I can say that I'm now 100 percent okay with who I am -- two years ago, I was still a little confused.

When I walk into a room, I am quite sure that not everyone is going to like me. I'm not supposed to be everybody's cup of tea. The best thing I can do is be myself, and the times that I have been myself unapologetically are the times when I've booked the gigs, met the right people or was in the right place at the right time.

People can tell if you're trying to make a connection just because you want something, and that's just a B.S. way to communicate. They can smell it.

It's another story if you say, "Listen, I'm really thinking of starting my own business," or, "I've followed your business model for a really long time and I'm completely inspired by you." I would much prefer hearing that from somebody because it doesn't feel fake.

It's the art of saying hi to everybody and not coming off like you don't care or you have somewhere else to be. I feel very lucky to be where I am, and if I acted any other way I would be doing a disservice to myself. Everywhere I go, I try to let people know that I'm happy to be where I am.

Listen to the podcast episode below.