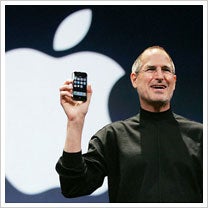 Apple filed a lawsuit today seeking a permanent injunction against HTC on the basis of 20 alleged patent infringements. The injunction would prevent HTC from importing or selling any phones that use the features patented by Apple (so, pretty much all of them).

The lawsuit itself is obviously big news. But it brings to light something that might be much more interesting: the patents themselves.


One of the patents allegedly violated by HTC is for "Touch Screen Device, Method, And Graphical User Interface For Determining Commands By Applying Heuristics." Another is for "Unlocking A Device By Performing Gestures On An Unlock Image." And yet another is for "Charging Twice As Much For A Laptop, But Including A Free Sticker." OK, I made that last one up.

There's an old saying: You can't patent a shoelace. And yet, it's been done lots of times, even as recently as 2001--the same year some guy in Australia was granted a patent for the wheel. In this day and age, the touch screen and its various functions are the technological equivalent of the shoelace. And the "Gesture" patent was just granted a month ago. There's no doubt that the iPhone has revolutionized the smartphone industry, but who's granting these patents? And why would Apple sue now, when it's weathered every conceivable form of also-ran device, and even some of the obvious shortcomings of its own device?

Are patents easier to get than we thought? Have you ever applied for one? What gives?