Can Starbucks, GE and MillerCoors Save Small Business?

By Carol Tice
October 6, 2011
Opinions expressed by Entrepreneur contributors are their own. 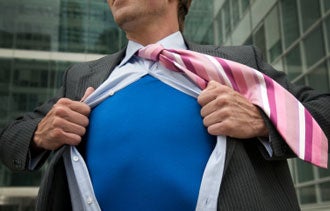 Corporate America has noticed something: The economy is still weak, and that's bad for business.

Call it corporate altruism -- or perhaps, what's more likely -- a keen customer retention strategy. Some big companies, including Starbucks, General Electric and MillerCoors, are starting their own programs to help small businesses grow.

The question is, will these corporate-driven programs really make a dent in the problem?

Starbucks this week announced it is giving $5 million to the newly created campaign Create Jobs for USA to create and sustain jobs. Through a partnership with microlender Opportunity Finance Network, various community development financial institutions will provide small-business loans to U.S. entrepreneurs in underserved communities. Starbucks is accepting donations to the program at the site and at cafes starting Nov. 1.

GE is hosting a meeting in Columbus, Ohio, tomorrow that'll be focused on how to encourage growth in mid-sized companies.

MillerCoors just extended the deadline on its $150,000 Urban Entrepreneurs Series challenge, which will award the money to the best submitted business plans. Entrants now have until Oct. 28 to submit their entry.

Despite the big-effort, these corporate programs will likely do very little toward making a dent in the country's persistent unemployment problems. Also, these don't exactly lift all boats -- only the few small businesses that manage to win a grant will benefit.

Also, the funds aren't strictly earmarked for current business owners and would-be entrepreneurs. Starbucks, for instance, is plowing much of the money from its program into nonprofits that are assisting troubled schools, for instance.

On the other hand, entering might be a way to get in front of a big company where you might want to become a vendor or supplier.

It might be more helpful if these corporate behemoths simply did some direct hiring of their own. But short of that, any little bit helps. Hopefully more companies will see that stimulating small-business growth is a form of giving that would give back to them. After all, healthy small businesses are customers, too.

Do you think corporate grants and loans can help curb unemployment? Leave a comment and let us know.