Entrepreneurship Is on the Rise

By Mikal E. Belicove
May 21, 2010
Opinions expressed by Entrepreneur contributors are their own. 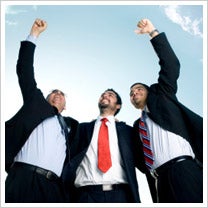 According to the latest figures from the KauffmanFoundation, for each month in 2009, 340 out of 100,000 U.S. adults started anew business. That statistic, the highest in the last 14 years, represents a 4percent increase over 2008, or 27,000 more starts per month than in 2008, and60,000 more starts per month than in 2007. What that means is that in 2009,558,000 new businesses were created each month, signaling perhaps that thenation's entrepreneurs are unabashedly paving the road out of the U.S.recession.

Kauffman's findings, which are detailed in the KauffmanIndex of Entrepreneurial Activity: 1996 - 2009, reveal that entrepreneurshiprates by race show that African-Americans experienced the largest increase innew business activity between 2008 and 2009. Rising from 0.22 percent in 2008to 0.27 percent in 2009, the rate was the highest over the 14 years of reporteddata.

Other key findings include: