By Mikal E. Belicove
October 29, 2010
Opinions expressed by Entrepreneur contributors are their own. 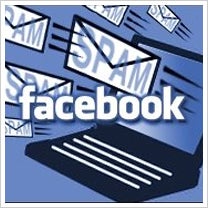 Back in the fall of 2008, Facebook sued Montreal-based spammer Atlantis Blue Capital, and its owner Adam Guerbuez, for repeatedly spamming Facebook members. In what many view as a landmark CAN-SPAM-related judgment, US federal judge Jeremy Fogel awarded Facebook an astonishing $873 million dollars in punitive damages. Now, just days after a Canadian court upheld judge Fogel's Nov. 2008 ruling, Facebook has unveiled a new weapon for Business Page administrators to combat spam and punish the miscreants who insist on bombarding us with annoying messages and unsavory advertisements.

From Facebook's Help section comes this announcement: "Facebook is now helping Page admins ensure that the most valuable content posted by users on their Page wall is more visible to anyone viewing the Page. We are now offering automatic content filtering on Page walls that will ensure that posts soliciting spam are removed from public view as well as ensure that posts containing good content remain more visible."


You have to figure that removing a post that's already been categorized by Facebook as "spam" is more powerful than flagging or removing a post not marked as spam. In other words, if Facebook's algorithm considers the item spam and you agree, the algorithm is validated and becomes a stronger weapon in the fight against spam and unsavory advertisements.

On the surface, all of this seems just fine. But I've observed unintended consequences. In many cases, posts that are not spam are being tagged as such. (From what I can tell, posts containing images and links appear to be most susceptible to the algorithm.) And since the owners of the post are not made aware that their items are being treated as spam, no one's the wiser until the Page admin clicks into your wall settings and reviews items flagged as spam.

Mitigating this is the assumption that Facebook's spam algorithm learns as it goes. If you tell Facebook to unmark a post as spam, the system should treat that post's owner more fairly in the future when posting to your business' wall. Still, like all new features, it's incumbent on Page admins to get into the habit of checking it as part of your company's daily Facebook routine.