Fed Takes a Bite Out of Swipe Reform

By Diana Ransom
June 29, 2011
Opinions expressed by Entrepreneur contributors are their own. 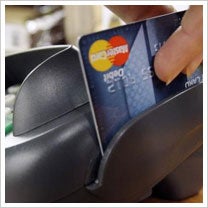 The Federal Reserve moved to take a bite out of swipe reform.

The Fed last December had initially proposed a 12-cent cap on the fees merchants pay for debit-card transactions, which incited cheers from small businesses and jeers from the banking industry. However, today it issued a much less restrictive set of final rules.

The current debit-card swipe fee rate is 1 to 2 percent of each transaction -- or about 44 cents on the average retail purchase of $38 and several dollars on bigger-ticket items. However, under the new rules, merchants would pay a flat fee of not more than 21 cents per transaction for the nation's largest banks. Though, some banks that institute fraud prevention programs would be able to charge a couple cents more.

To be sure, there have been numerous challenges to swipe reform -- which is also known as the "Durbin Amendment," after Sen. Richard Durbin (D., Ill.) who introduced the provision to the Dodd-Frank financial-overhaul law. But they've all failed -- making the news of the Fed's decision all the more bitter for merchants and small-business advocates alike.

"American consumers suffered a major loss today," President and CEO of the National Retail Federation Matthew Shay said in a statement. "We are extremely disappointed that the Federal Reserve chose to be influenced by special interests and ignored the will of Congress and American consumers." He added: "While the rate will provide modest relief, it does not go far enough."

The Merchants Payments Coalition, an industry group, was similarly enraged over the new rules. "The Fed's rule is an irresponsible abdication of its legal duty to implement the law as written in favor of doing the bidding of the nation's largest banks," said Lyle Beckwith, Senior Vice President of Government Relations at the National Association of Convenience Stores.

In a letter of complaint, the Coalition cited the Fed's language in the proposed rule it issued last Dec. At the time, the Federal Reserve said that the average PIN debit swipe fee costs 23 cents per transaction -- while the average cost for a bank to process a transaction was just 4 cents.

How do you feel about the Fed's new rules governing debit-card swipe fees? Leave a comment and let us know.