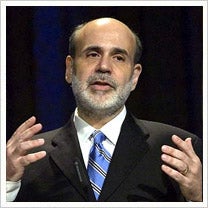 The U.S. Federal Reserve on Tuesday vowed to buy short-term debt in orderto unlock the credit flow that business owners rely on for quick loans,but today it's still not clear exactly when the relief will come orwhether the move will indeed trickle down to the everyday entrepreneurswho need help the most.

The buying spree was designed to grease Main Street businesses andto impress the stock market, but so far it has done neither. Under theplan, the fed is vowing to purchase an unspecified amount ofquick-turnaround "commercial paper" that's issued by major corporationsand financial institutions. It's usually bought by institutionalinvestors, but those big spenders are skittish about backing just aboutanything these days, including loans and stocks.

Theeffect has been a constricted credit market, particularly when it comesto the kinds of fast credit lines that entrepreneurs have relied on tocover spikes in expenses--payroll is a good example--when income issteady or declining. Such short-term credit is worth billions ofdollars and is due within months if not weeks. But it has started todry up as investors fret about holding the bag should a company issuingthe paper go belly up, as Lehman Brothers did last month.

"And if you imagine just one company trying to deal with that," hesaid, "now imagine a million companies all across the country. So itcould end up having an adverse effect on everybody, and that's why wehad to take action. But we shouldn't have been there in the firstplace."

The Fed hasn't put a cap on the amount of paper it will buy and, todate, hasn't actually bought anything. Some observers think thatinvestors will remain fearful unless they actually see the Fed takingthe first step.

"By potentially restricting future flows of credit to households andbusinesses, the developments in financial markets pose a significantthreat to economic growth," he said in a speech yesterday. " ... Theexpansion of Federal Reserve lending is helping financial firms copewith reduced access to their usual sources of funding."