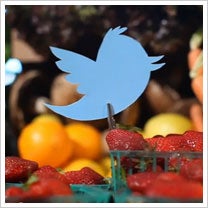 Twitter has announced that it will start rolling out a new interface in the coming days. The updated version will include photo and video sharing capabilities integrated directly into users' streams. Though the facelift does give the 160 million-member micro-blogging site a more sophisticated look, not much is likely to really change for many users.

Twitter.com is actually far behind loads of other Twitter developers who have been creating multimedia-sharing Twitter apps for a quite a while. The only difference now is that many of those third-party apps, like TwitPic, Twitgoo and TwitVid, will now be accessible directly through Twitter.com--making the site feel a bit more like Facebook.


So, how will the new Twitter affect the way you connect with your customers on online? You won't have to worry about downloading so many extras to do the things your follower-base has likely already come to expect. The new features essentially may make other Twitter desktop clients--such as TweetDeck and Seesmic Desktop 2--irrelevant.

It will likely be easier to engage and interact with your customer base on Twitter with so many more information-sharing options available at your finger tips.