By Diana Ransom
December 13, 2011
Opinions expressed by Entrepreneur contributors are their own. 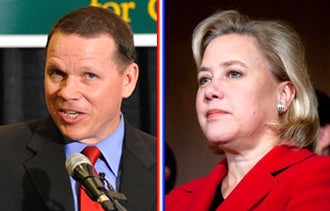 UPDATE: On the last day of 2011, President Obama signed into law the Defense Authorization bill, which included a six year extension of these two small-business research programs.

Christmas may come early for businesses that rely on federal research grants.

The Senate and House small-business committees, chaired by Mary Landrieu (D., La.) and Sam Graves (R., Mo.), respectively, agreed yesterday evening to both extend and expand two key small-business research programs. The Small Business Innovation Research (SBIR) program and the Small Business Technology Transfer (STTR) program require certain federal agencies to devote a percentage of their research budgets to U.S. companies aiming to commercialize the latest technologies. Those programs were due to expire at the end of this week.

"I'm glad that we've reached a deal to provide some much-needed certainty for the small firms who want to participate in this program," Chairman Graves said in a statement. He added that the programs, which offer federal research grants for small businesses and startups, are among the government's most effective initiatives for spurring innovation among the small-business research-and-development community.

Last year, the SBIR program distributed approximately $2.5 billion in funding to small businesses, while the STTR program divvied out about $193 million.

Under the latest pact, the set-aside programs would be extended for six years and allow majority-owned venture-backed small businesses to participate, which had been a point of contention during deliberations over the program. The current rules restrict these companies' participation in the program. Though, should the agreed upon measures pass, the National Institutes of Health, the Department of Energy and the National Science Foundation would be allowed to award up to 25 percent of their SBIR funds to VC-owned firms, for instance. The share will be 15 percent at other agencies.

The deal would also provide more research funds to small businesses. For the SBIR program, the small business allocation requirements rises to 3.2 percent from 2.5 percent of agencies' annual research budgets. The STTR program allocation lifts to 0.45 percent from 0.3 percent of research budgets. And the award levels available to early-stage companies would rise to $150,000 from $100,000, while later stage funding levels could reach $1 million from $750,000.

These measures coupled with President Barack Obama's earlier attempts to speed up the review times at federal agencies should bode well for small technology or biosciences businesses in the coming year, say small business advocates.

Still, the deal isn't law yet. These provisions are part of the National Defense Authorization Act, which is expected to reach the President's desk by the end of the week. Though it isn't clear whether the bill will get his approval.

Do you think expanding these programs will help small businesses? Leave a comment and let us know.